BACK TO ALL NEWS
Currently reading: Porsche 911 Carrera S 2019 review: first drive on track
UP NEXT
Spending 48 hours touring in a Ferrari Roma

Next-generation 911 tested on circuit ahead of a full first drive. Does it impress as much as the old one?
Open gallery
Close

This is nothing less than a new Porsche 911.

Or at least 85% a new Porsche 911. This new 992 series may share a wheelbase and engine internals with its 991 predecessor, but it’s longer, wider at the front, completely restyled, comes clothed in all-aluminium bodywork for the first time and has a brand new eight-speed PDK automatic gearbox, different-sized wheels front to rear (another 911 first), new suspension, better brakes, a fresh interior and a state-of-the-art architecture. New, in other words.

A full range of 911s in different body styles will be released over time (although the ‘T’ model isn't yet confirmed), but at launch there is only the Carrera S, with your choice of two or four-wheel drive. Sadly, the standard ‘narrow’ body has been dropped, so now you get a wide body regardless of your driveshaft count.

One more thing: we gained super-early access to the Carrera S, so we could only drive it on a race track. A full road evaluation will follow shortly. 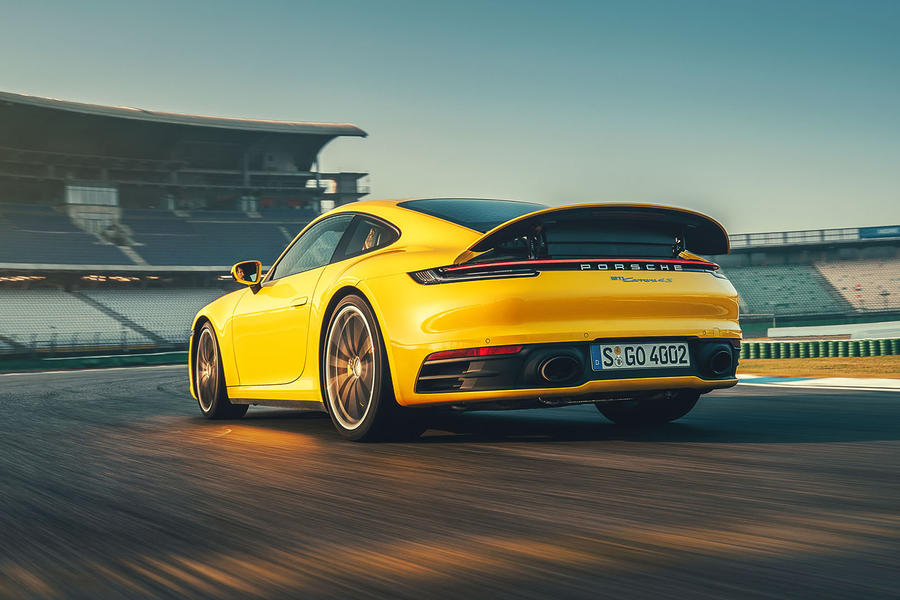 Substantially renewed as it is, this doesn't feel like a new direction for the 911, in the way that the 996 did in 1998 and the 991 in 2012. It is a comprehensive evolution of the existing car, based on the same philosophy but aiming to take it to a new level.

It looks and feels familiar – a fact that will reassure existing 911 owners – while bringing new levels of digital sophistication and gizmology aimed at pleasing those who always liked the image of the 911 but found the reality a bit too analogue and hardcore for them.

But you won’t be out of the first corner in a Carrera S before you realise that despite all the trinketry, Porsche has taken the opportunity to reaffirm its commitment to the 911 as a world-class driving machine. The steering has been sped up to make the car feel more alive, while the wider front track has decimated the incipient turn-in understeer of ‘normal’ 991s. So that gets you into the corner.

From there, and so long as you’re driving an S rather than the somewhat less accommodating 4S, it’s really up to you. You can leave the stability systems on and keep it all nice and clean, you can let it yaw a little, or you can go as sideways as the steering lock will allow, by far the biggest danger being laughing yourself off the track.

For what will be one of the cheaper, less powerful 911s once the range is complete, this is a stunningly good car to drive, one whose handling is so engaging and exploitable that it runs the risk of reducing the engine to also-ran status. But it doesn’t. The 3.0-litre flat six feels more responsive despite its bigger turbos and, if anything, smoother still. And when you consider that this Carrera S today has just 25bhp less than the GT3 did three years ago and far more torque, you get some idea of the sheer potency wrapped up within those sleek lines. In terms of pace, it's at the upper end of what I’d call conventionally fast, before you get into that rarefied air Porsche populated by 911 Turbos, McLarens and Ferraris, where deploying full power can sometimes actually feel a trifle alarming.

What’s not to like? Out on the track and unless you’re expecting a racing car, very little indeed, at least in a car equipped with optional carbon-ceramic brakes and optional rear-wheel steering. My greatest concern is the interior; its individual components are fairly blameless (although they’ll need to move the central cupholder before the manual version comes along) but don’t yet add up to a cohesive whole in my head.

I think Porsche should either have gone "sod it" and done a full space-age cockpit like the Porsche Panamera's with pressure pads instead of buttons, or committed to the retro theme. As it is, some chunky switches and an analogue rev counter look a little token amid all that shiny TFT finery. Perhaps you just need to get used to it. 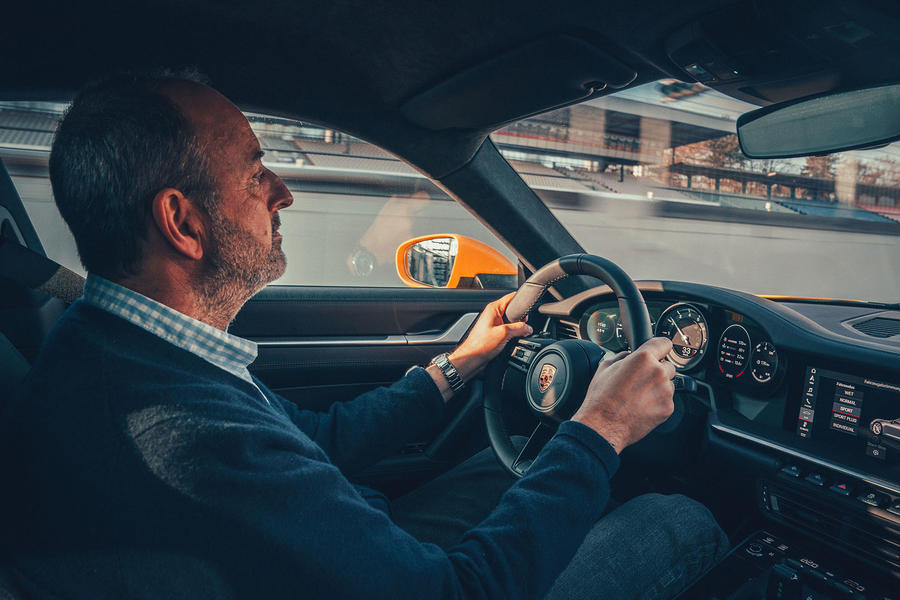 To me, job one for the 992 was to bring the 911 back to the driver. I’m not saying the 991 was a retrograde step, but with its extended wheelbase, electric power steering and, latterly, turbocharged engines, it did stray some distance from traditional turf. And no, the 992 doesn’t turn back the clock, but by being more incisive, better balanced, funnier and faster, it does find another way.

If it’s this good on the road too, we’re looking at not just the best sports car any amount this side of £100k can buy, but the best new 911 in more than 20 years. 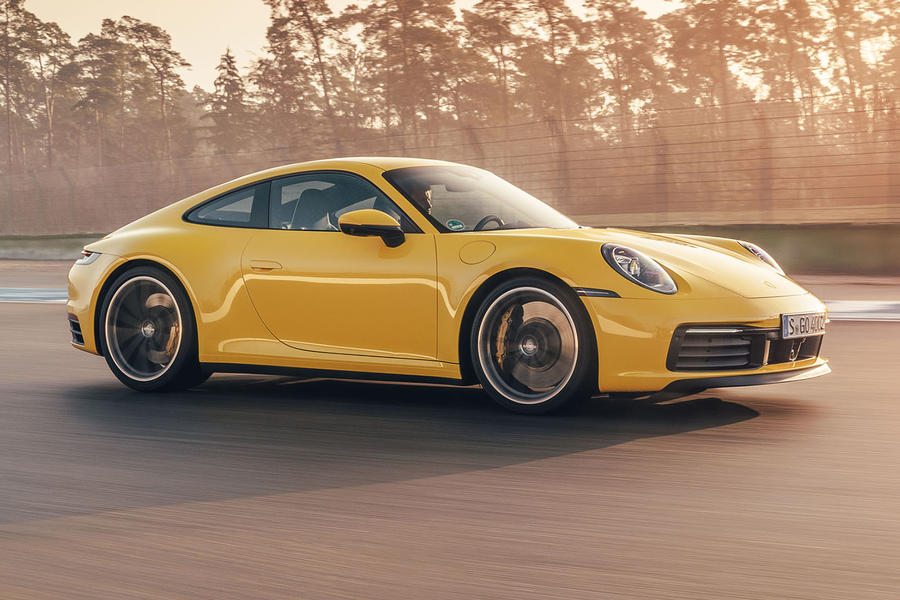 This could be the best looking 911 for quite a few years.