Subaru has unwrapped the new Solterra as its first electric car, with a pledge that "existing Subaru customers can feel it is truly a Subaru".

Due on sale globally in mid-2022, the Solterra is the second car to emerge from the EV development partnership between Subaru and Toyota, following the reveal of the technically identical Toyota bZ4X last month.

As suggested by earlier teaser images, the Solterra is a close visual match for its Toyota sibling, save for a new treatment of the front grille and headlights that links it more obviously with Subaru's existing SUV line-up.

Dimensionally, it is comparable with the combustion-engined Forester crossover, at 4690mm long, 1860mm wide and 1650mm tall. 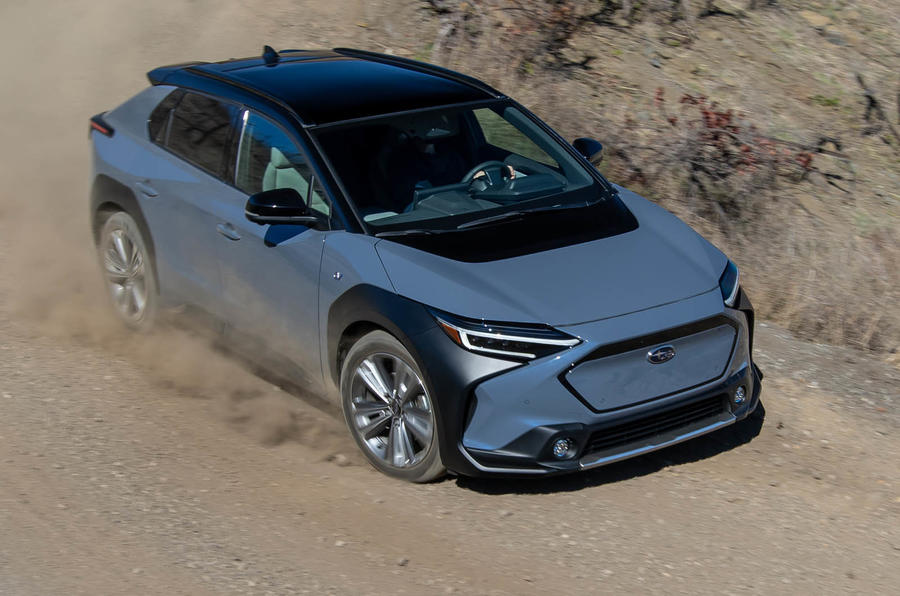 Despite its close relationship with Toyota's EV, the Solterra is claimed to have "been built as an authentic SUV in an environmentally friendly package that can be used with peace of mind like the existing Subaru SUV models."

Indeed, when Toyota and Subaru initially partnered to develop a new EV-dedicated architecture (called e-TNGA by Toyota and e-Subaru Global Platform by Subaru) - Subaru's historic affinity for four-wheel drive was highlighted as a particular strength.

Subaru's influence over the architecture extends to the twin-motor drivetrain – comprising a pair of 107bhp motors for a total system output of 214bhp and a 0-62mph time of 7.7sec – which promises precise control of each wheel in turn and "flexible driving force distribution between front and rear".

A familiar 'X-Mode' function enhances the EV's off-road credentials, while the addition of a new Grip Control mode allows the Solterra to travel stably at speed over rough roads.

As with the bZ4X, a 201bhp front-wheel-drive entry-level model – with a 0-62mph time of 8.4sec – will be offered, although Subaru has yet to confirm whether both variants will come to the UK. 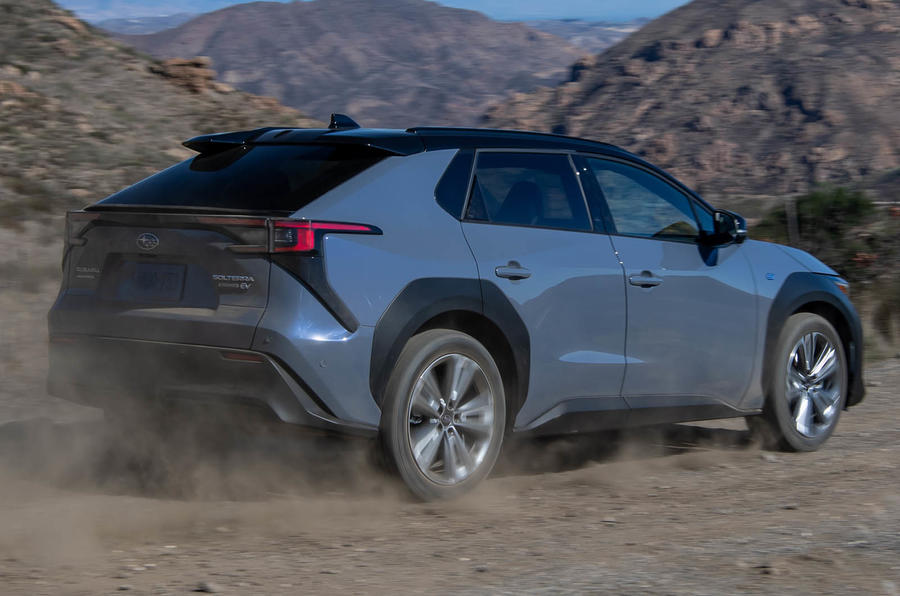 Both drivetrain variants take their power from a 71.4kWh battery, which can be expected to offer a range in excess of 280 miles, as with the Toyota. The Solterra will also get that car's "efficient and effective" heating system to ensure consistent battery performance in all conditions.

Although Subaru has released just two images of the car ahead of its Los Angeles debut next week, a first look at the cabin confirms that it will be a near-exact match for the Toyota, with a low-mounted instrument panel, large central touchscreen and textured dashboard. However, it is unclear at this stage whether Subaru will use the same innovative 'steer-by-wire' system as its Toyota and Lexus relations.

I very much appreciate the real third side window (ie not a fake black plastic panel as seen on even 'premium' models these days) and the use of actual buttons in the cabin.

When I first looked at the image I hadn't read the sidebar info, I thought it was a Mustang-e?

Can't see this doing anything to revive Subaru.  I loved my WRX Impreza back in 2005...i think the marque is dead now?