BACK TO ALL NEWS
Currently reading: McLaren MSO HS full tech specs and pictures officially revealed
UP NEXT
How a sat-nav can make you faster around a track

Technical specifications for the McLaren MSO HS have been revealed alongside official pictures, confirming that the Super Series model will be second only to the P1 in McLaren's line-up.

The MSO HS is a specially commissioned supercar based on the 666bhp 675LT, but it features a host of weight-saving and bespoke aerodynamic features, as well as a blueprinted and optimised edition of McLaren's M838TL twin-turbocharged V8 engine that produces 679bhp and 516lb ft, the latter available from 3000-7000rpm, in all drive modes.

To mark out its additional power, the reworked V8's carbonfibre engine bay is finished in clear gloss, while the engine's header tank and plenum cover are bespoke MSO HS parts. 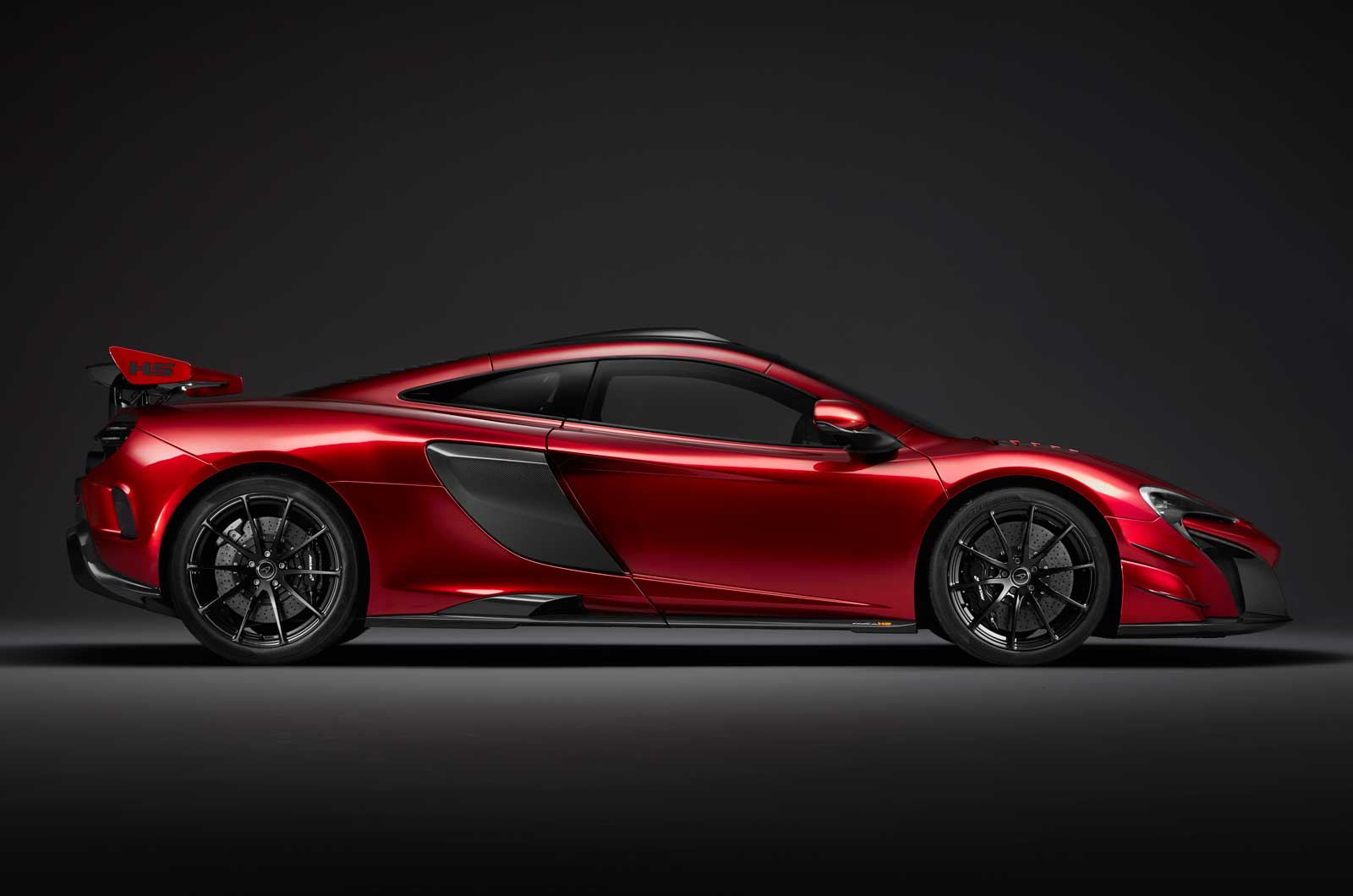 The engine's exhaust ports are hand-polished, while the exhaust system itself features a crossover muffler, which gives more length to optimise gas flow. The system ends with two circular exhaust pipes, forged from titanium, which exit through the centre of the car's rear bodywork underneath the rear wing. McLaren says due to the high temperatures of the engine's waste gases, the exhausts will change colour over time.

To go with the power increase the MSO HS gains its own unique exterior bodykit which is capable of generating 220kg of downforce at 150mph. The additions include a new front bumper and splitter, dive planes and an air induction scoop on the roof, all of which are made from carbonfibre, as are full length side skirts, the side intakes and a P1 GTR-inspired rear wing.

Like the GTR's wing, the HS's rear wing can also act as an airbrake and can be adjusted electrically through settings fixed by McLaren’s chief test-driver, Chris Goodwin, to tweak the car's aerodynamic balance. 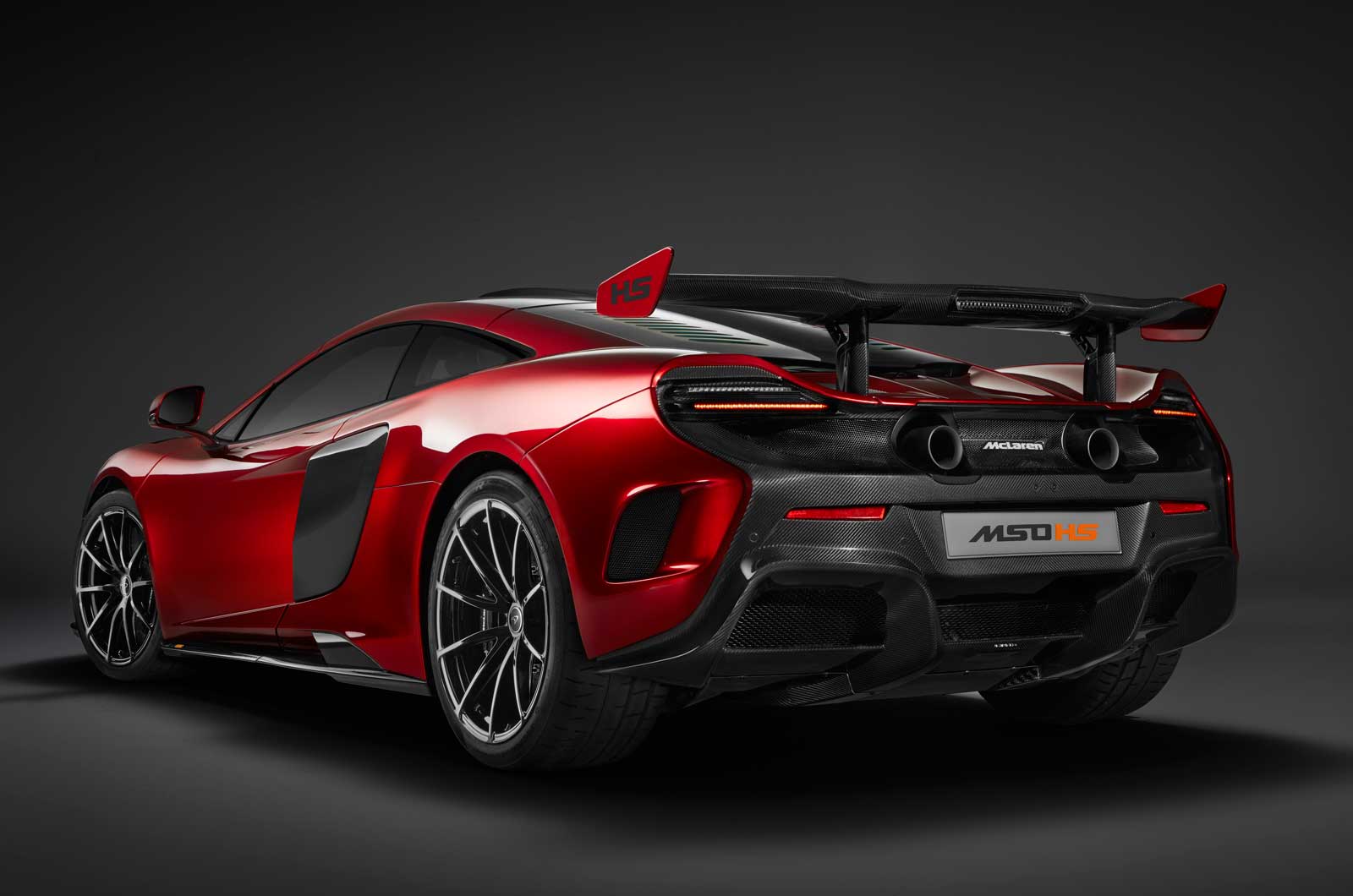 Each MSO HS cabin is finished to its customer's requirements. Alcantara trim with contrasting stitching saves a combined 3.5kg compared with leather - although full Nappa leather is available - and a further 15kg is saved with a pair of lightweight carbonfibre racing seats, complete with racing harnesses and identical to those fitted to the P1.

Three cameras are built into the cabin and work in conjunction with the data logger, recording track running to offer additional analysis. One camera is mounted in the front bumper and one in the rear, while a third looks over the driver's shoulder in the cabin. 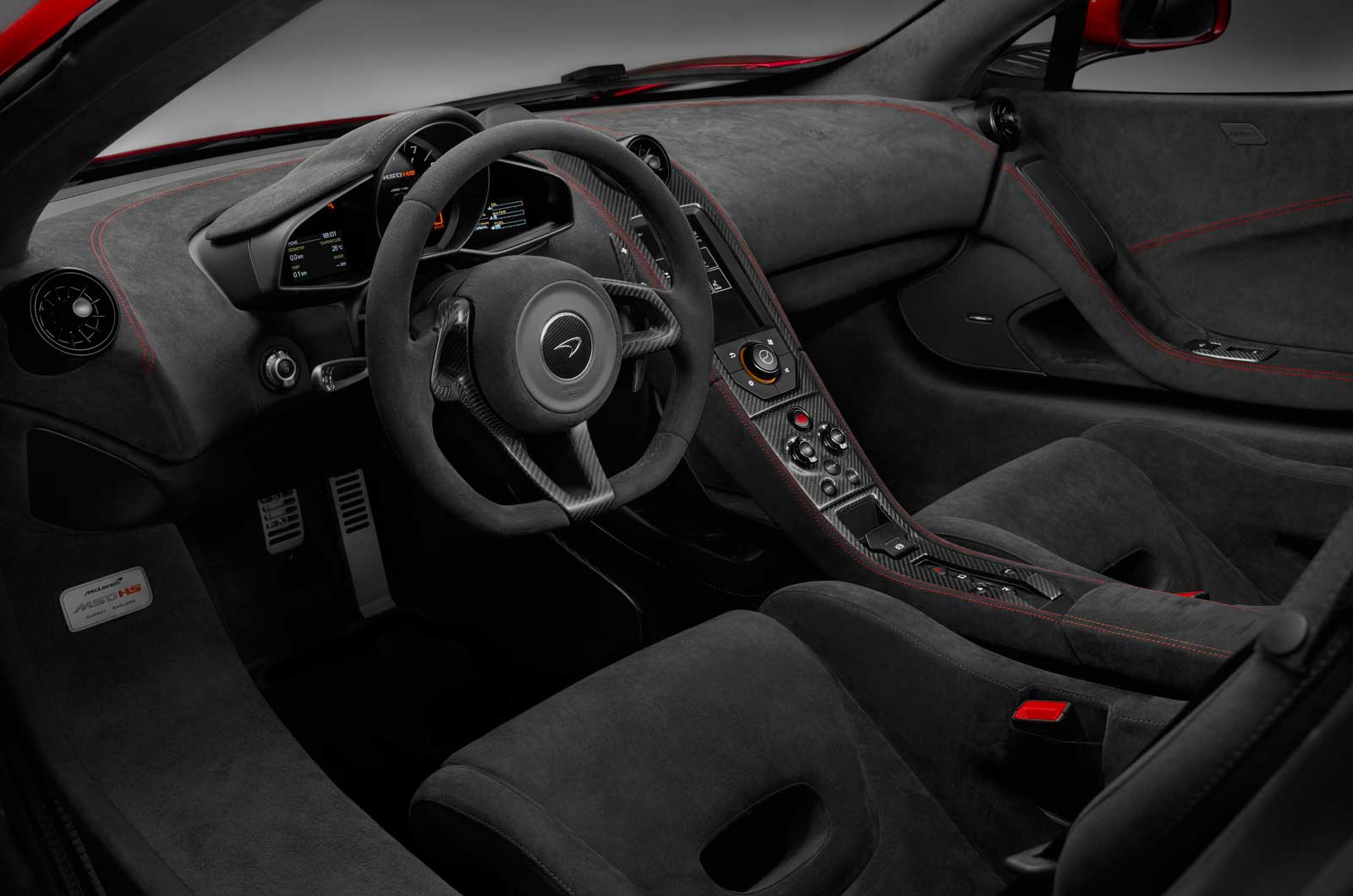 F1-style shift lights that change from red to blue are placed in the driver's eyeline to encourage manual operation of the gearbox, further emphasising the model's track focus.

Just 25 examples of the MS HSO are being built by McLaren's Special Operations (MSO) department, and all have been assigned to customers. The model will not go into general production.

Are you sure it's MSO?

Looks more like it says M50 to me. They go to all that trouble and then balls up the font selection.
BritInToronto 18 August 2016

They should have just called

Not really been fan of

Not really been fan of McLaren's 'same again' styling efforts, but that does look good in that shade of red.
View all comments (8)