BACK TO ALL NEWS
Currently reading: Koenigsegg One:1 Nürburgring crash car will go for record again
UP NEXT
Why last-mile delivery EVs are big business for car and retail firms

Koenigsegg One:1 Nürburgring crash car will go for record again

£1.8m hypercar crashed during preparation for a record lap attempt, but will be rebuilt
Open gallery
Close

The manufacturer has examined the car back at its headquarters in Ängelholm and said it suffered from a fault with the front left ABS wheel sensor signal. Koenigsegg indicated that because only seven examples exist, it would use this car for future record attempts because it belongs to someone 'very close to the company'.

A statement from Koenigsegg detailed the issues with the crashed car: "The One:1 experienced front axle brake lock-up at approximately 170kmph [105mph] on a section of the track known as Fuchsröhre before hitting the fence at Adenauer Forst at approximately 110kmph [70mph].

"The impact with the fence launched the car into the air for an estimated 22 meters while it turned 180 degrees before it landed on its left rear wheel and pivoted to land parallel with the fence. The airbags, fuel shut-off and other safety systems all deployed as they were designed to do." 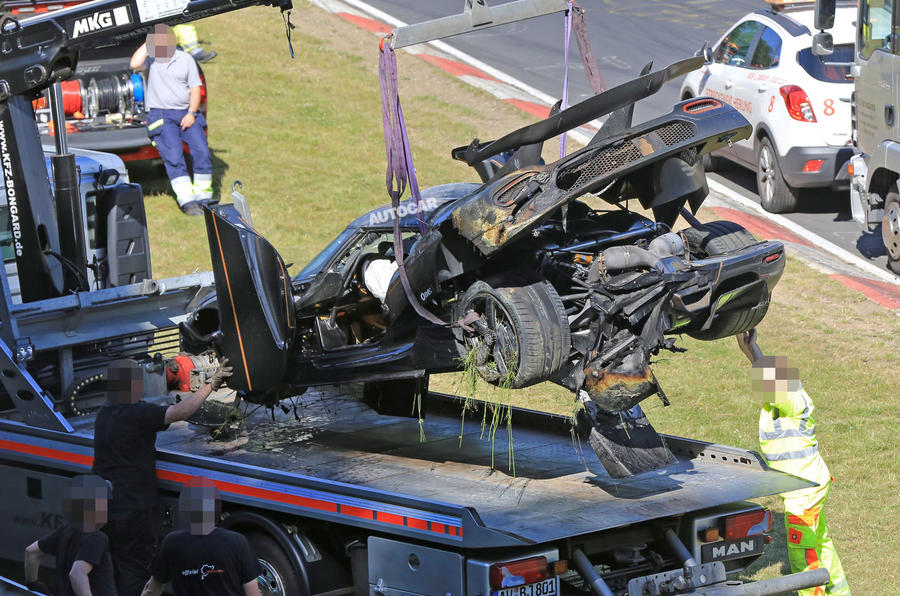 A fire broke out in the rear section of the car after the carbonfibre rear panels made contact with the exhaust when the car landed, but the driver put it out using the fire extinguisher from inside the car.

Data analysis shows that the ABS warning light was triggered when the malfunction occurred, but Koenigsegg said that with it being located centrally in the dashboard the driver may have had difficulty seeing it while wearing a helmet and focusing on the lap.

Koenigsegg said software changes would be implemented on all applicable vehicles to ensure safety.

The Active Systems Warning currently monitors active systems in Koenigseggs, and if a fault is detected the car is restricted to 62mph until the fault is fixed and the system cleared. The ABS system is not included in this, but Koenigsegg said it will act immediately to change that.

Swedish hypercar is one of the fastest, most powerful and most expensive cars ever produced. So just how good is it?

The car sustained severe damage to its exterior panels and sub-frames, but there were no fuel leaks, oil leaks nor hydraulic fluid leaks. The doors are fully operational, and the removable roof remains intact.

The monocoque chassis will form the basis for the rebuild of the car, the manufacturer confirmed.

Koenigsegg was testing the £1.8m hypercar in preparation for a record lap attempt when it crashed, in what is possibly one of the most expensive accidents in the famous circuit's history.

The driver was taken to hospital but released the same afternoon. Koenigsegg won't publicly name the driver, but confirmed to Autocar that it wasn't factory test driver Robert Serwanski.

The current Nürburgring lap record holder is the Porsche 918 Spyder, which registered a time of 6min 57sec in 2013; the One:1 has a 1341bhp twin-turbocharged V8 petrol engine and it is claimed to be capable of 0-62mph in just 2.6sec, with a top speed of 273mph. 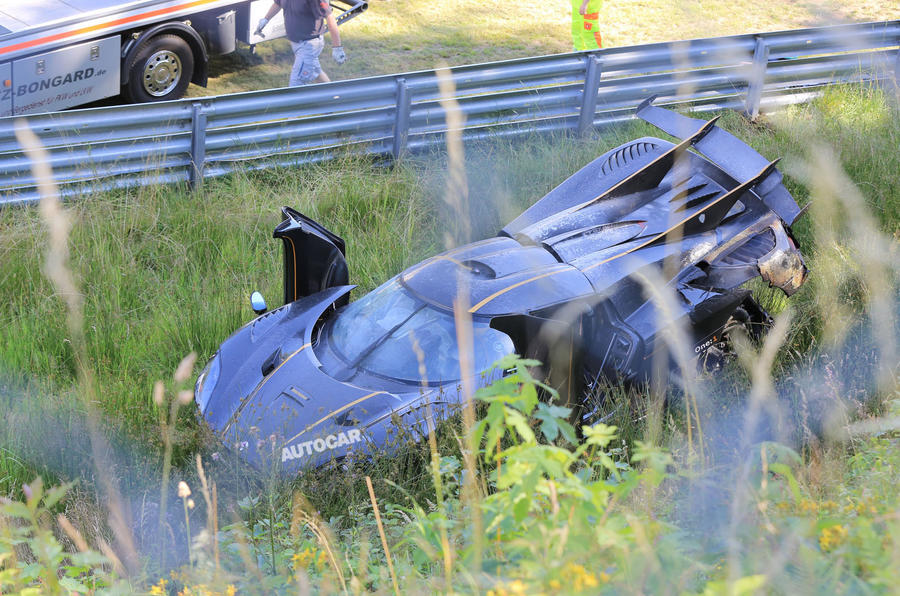 Watch the One:1 testing here:

Why don't they fit a rocket

Surprised nobody has suggested it yet... Watching a video of it, I can't help but think if I were to be a passenger in any car, it would be the McLaren P1. It looked at home on that circuit.
Filippos 19 July 2016

it should have read: "“A Koenigsegg is an extreme performance car and must be tested accordingly. Crash testing is therefore done at high speed circuits. We are pleased to note that our safety systems worked as designed to protect our driver.”