BACK TO ALL NEWS
Currently reading: Kia plans 14 pure-electric models by 2027
UP NEXT
2024 BMW X3 primed to take on Mercedes-Benz GLC

Kia aims to sell 1.2 million electric vehicles globally in 2030 and is embarking on a ploy to drastically expand its EV line-up, usher in enhanced autonomous driving technology and introduce new digital revenue streams.

The targets build on those announced as part of the Korean brand’s ‘Plan S’ electrification strategy two years ago and are broadly in line with ambitions laid out yesterday by sibling brand Hyundai. Kia’s overarching goal is to become a “global sustainable mobility leader”.

The first of these purpose-built vehicles (PBVs) will be derived from existing vehicles, including a larger Kia Niro Plus derivative it will launch later this year. After this first wave, the firm will introduce a new bespoke EV platform for PBVs in 2025, which will be fully scalable to suit different applications.

In markets where demand for these vehicles is particularly strong (it cites Korea, North America, Europe and China), it aims for electrified vehicles to account for 78% of its global volume.

The marque’s pure-electric line-up will stand at 14 models come 2027, among which it will count two pick-up trucks and an entry-level BEV, presumably positioned as a zero-emission successor to today’s Kia Picanto city car.

Notably, the brand has confirmed that it plans for all future bespoke EVs to follow the Kia EV6 in gaining a GT-badged performance range-topper. It promises that these hot EVs will have “differentiated” designs from their standard counterparts. 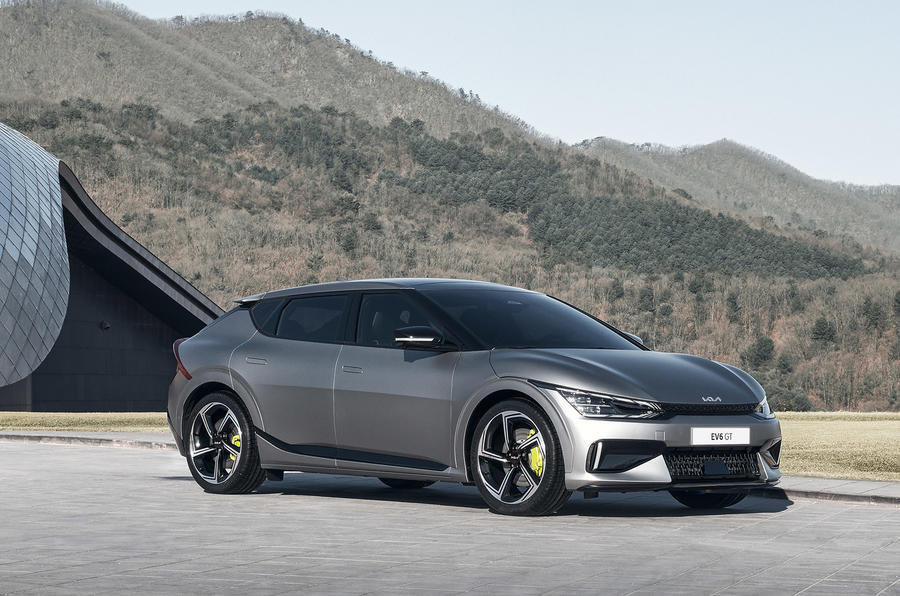 The production version of the large Kia EV9 SUV will come in 2023, with a 0-62mph time of 5.0sec and a driving range of 336 miles, but Kia says neither this nor the pick-up models are yet confirmed for a UK launch.

The EV9 will be the first Kia model to come equipped with over-the-air update functionality and feature-on-demand (FoD) services, whereby customers can activate optional upgrades via the infotainment system in addition to the equipment fitted as standard. This will open up a significant new revenue stream for Kia while boosting manufacturing efficiencies by allowing for more standardised equipment levels off the production line.

It will also pioneer Kia’s ‘AutoMode’ autonomous driving software, details of which remain under wraps. It is likely that this, like sibling brand Hyundai’s future autonomous models, will bring level three autonomy for hands-off driving on certain roads.

South Korea will remain Kia’s “global hub for research, development, production and supply of EVs”, but it plans for other global facilities to take the lead for their respective regions.

A European hub, for example, will from 2025 focus on the small and medium-sized EVs popular in that region, while a US site will develop and build mid-sized SUVs and pick-ups from 2024. It will introduce mid-sized EVs in China in 2023, and roll out “entry and mid-sized EVs” in India from 2025.

Like Hyundai, Kia plans to significantly boost its global EV battery production capacity, from 13GWh to 119GWh by 2030. These will come from its Indonesian battery joint venture and various other global battery companies, but it is yet to name any partners in this push.

Log in or register to post comments
Marc 3 March 2022
20 viral adds on this page, pop ups blocking text in the news story. What's happened to the site?