BACK TO ALL NEWS
Currently reading: Ferrari F12 given carbonfibre makeover by Spanish tuner
UP NEXT
Analysis: Polestar lifts the lid on lifetime EV emissions

The Bengala F12 Caballería is a Ferrari F12-based supercar that features an all carbonfibre body inspired by Ferrari’s GT racers.

The new model, of which just 10 examples will be built, is the first to come from Spanish design house Bengala’s Privilege Program and demonstrates the level of customisation the firm can offer.

Every panel of the F12 has been redesigned, and Bengala cites Ferrari’s GT3 models, such as the Ferrari 488 GT3, as inspiration for the new shape.

Underneath the new lightweight exterior is the same engine and running gear as a regular F12, meaning the F12 Caballería is powered by a naturally aspirated 6.2-litre V12 that produces 731bhp and 509lb ft. 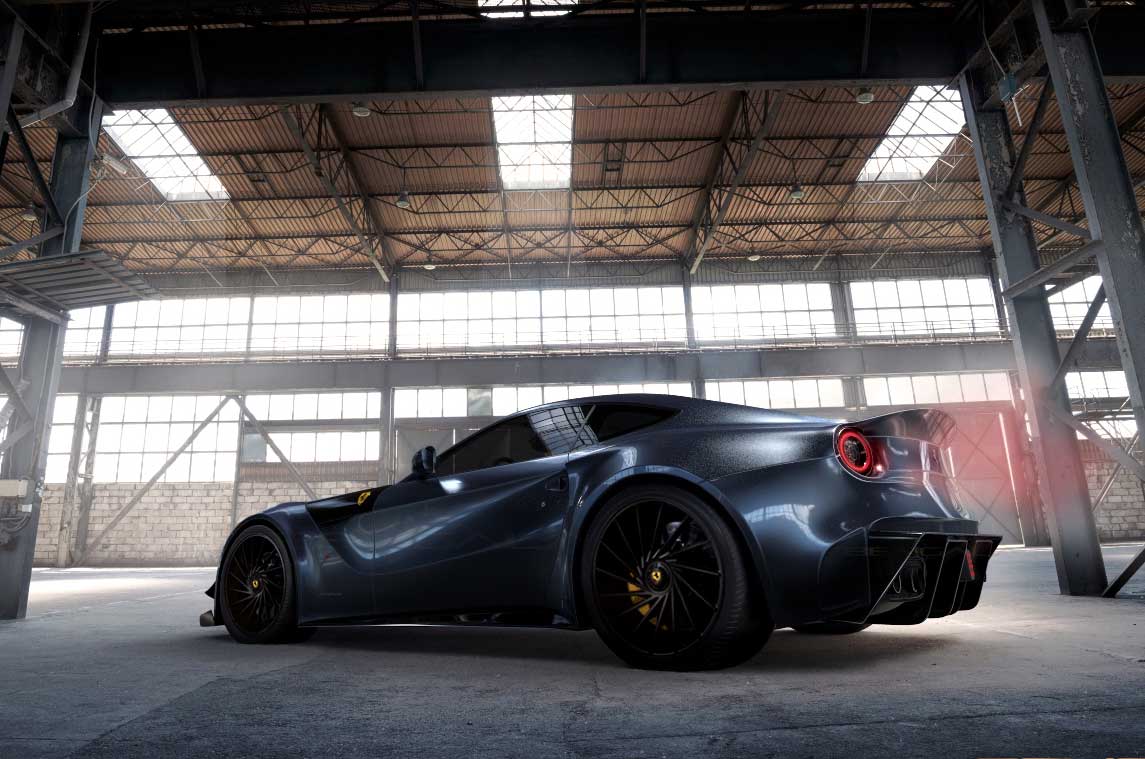 Bengala doesn’t reveal how much weight, if any, has been saved with the new carbonfibre body panels. In standard trim an F12 can hit 62mph in 3.0sec before going on to pass 100mph in 6.5sec – any improvements on this would push the F12 into the realms of a hypercar.

Bengala is also declining to reveal the price of its ultra-exclusive model, but expect a substantial increase on the regular F12’s £241,073 starting price.

Speaking about his company’s first Privilege Program model, Bengala CEO and founder Shoghi Saeidnia said: “We bring to our customers an interpretation of their desires, based on their dreams. Put it simply, we mastered and created a unique piece of design and engineering, the Bengala F12 Caballería.”

All 10 examples of the F12 Caballería will be produced by summer 2017. Bengala says following Privilege Program models will arrive annually, with five to 10 units of each being produced

'We mastered and created a

11 October 2016
'We mastered and created a unique...' Yada yada. So much hot air, so little of interest. It's a rebodied F12, and hardly a radical one. I've been more impressed by kit cars.

I dont see much of a difference

11 October 2016
I dont think the makeover is as great as the article suggests.