BACK TO ALL NEWS
Currently reading: 2021 Jaguar F-Pace SVR brings new look and performance boost
UP NEXT
Exclusive: Jaguar to return in 2025 with trio of electric sports SUVs

Jaguar’s mid-life overhaul of its model range has been completed with the new F-Pace SVR, which promises more performance, improved dynamics and revised styling.

The BMW X3 M rival is still powered by the British-built 5.0-litre supercharged V8, putting out the same 542bhp, but it has 15lb ft more torque than before, at 516lb ft. It’s also now mated to a stronger gearbox torque converter from Jag’s XE SV Project 8 saloon.

As a result, the F-Pace SVR now dispatches 0-60mph 0.3sec quicker than the outgoing model, at 3.8sec, and the top speed increases from 176mph to 178mph. Despite the power boost, CO2 emissions are down by 6g/km and claimed fuel economy improves slightly.

Further under-the-skin revisions include a new steering rack for “greater immediacy” and improved road feel, and a new electric brake booster for a shorter pedal and better feel. Revised adaptive damping and chassis bushes are said to provide more “duality of purpose”, with a more focused set-up in Dynamic mode and greater comfort in softer modes. It retains the ability to automatically adapt damper stiffness through constant measurements of body movement and control input. 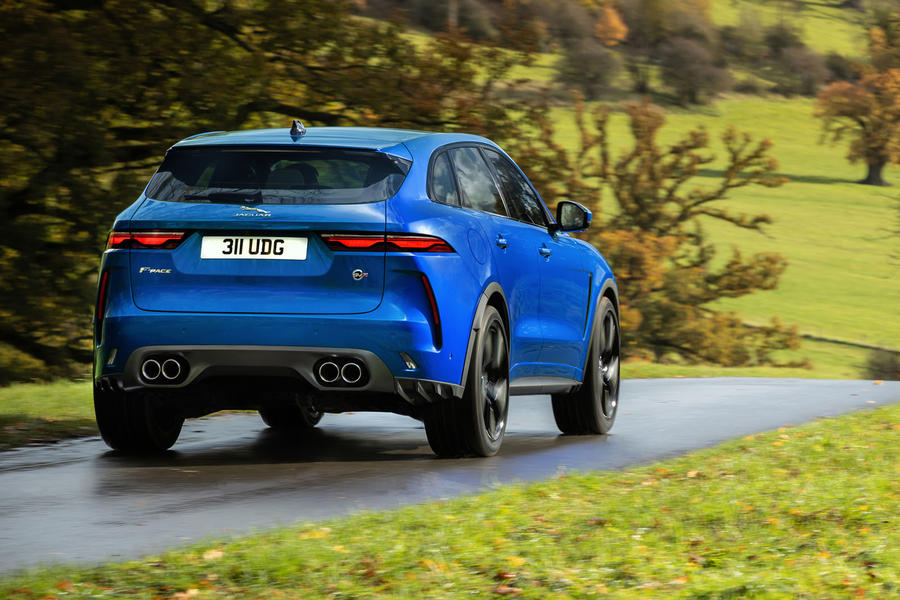 Much focus has also been put on software fine-tuning, enabled by the updated F-Pace’s new-generation electrical architecture. Dynamic mode has been further tweaked for a sharper throttle response, better steering weighting and enhanced exhaust mapping, while a new Dynamic Launch function is partly responsible for the acceleration boost.

Further new drive modes include Eco and Rain-Ice-Snow. A new Auto Vehicle Hold function is said to be smoother than conventional hill hold tech. Externally, revisions aim to provide a “more purposeful aesthetic” alongside better aero, with a claimed 35% reduction in lift and a slightly better drag coefficient.

Enlarged intakes at the front feature alongside X-shaped ‘blade-like’ elements in the bumper and a longer bonnet with a wider ‘power bulge’. Revisions common to other facelifted F-Paces include new LED headlights (with optional pixel LED tech) and slimline rear lights. A new gloss black/ satin grey 22in wheel option completes the look. 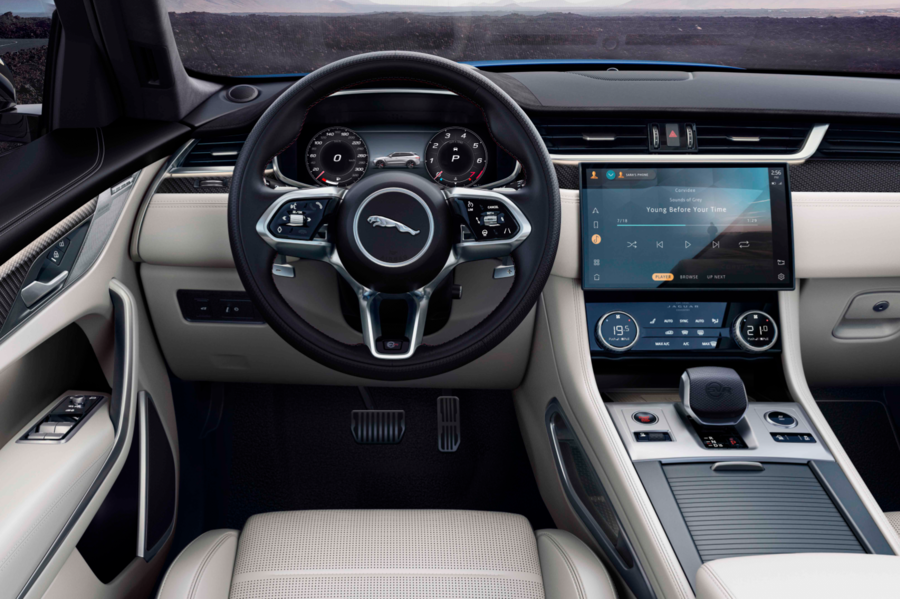 Or you could buy a pre-facelift, pre-registered, 2020 model with less than 5,000 miles on the clock and save nearly £15k! The depreciation on these cars is insane!