BACK TO ALL NEWS
Currently reading: Ten electric motorbikes to look forward to in 2022
UP NEXT
Dacia bosses "fighting tooth and nail" to bring Spring EV to UK

From sports bikes to mopeds, these are the new 10 electric bikes we're most excited to try this year
Close

The electric motorbike market has been growing steadily, and it feels as though 2022 will be the year it finally hits the big time. There's a huge catalogue of machines on the way that should excite, whether you plan to take to the UK’s urban streets, motorways, B-roads or dirt tracks.

Keep up with the latest electric motorbike news on Move Electric

Given that many electric bikes now have removable batteries there are also fewer obstacles to charging than before, and you’ll also see a few new bikes taking advantage of car-style DC fast-charging to cut down the wait between rides.

So whether you’re after an electric motorbike or scooter with power to leave you grinning, or just a silent, relaxing way to carve along a sunny B-road on the way to work, there's an electric two-wheeler to suit your needs. Here are 10 that we're most excited to check out in 2022.

The artist formerly known as the Harley Davidson LiveWire returns in 2022 as the LiveWire One. The rebranding has come because Harley has spun out its LiveWire electric bikes division into a standalone firm – but it hasn't messed with the tech on the bike.

This sweet-handling, 78kW/105hp bike gets a new paint scheme to match the updated branding, but the really big news is that it’s had more than £10,000 slashed from its list price in the USA (UK pricing is TBC). That makes it a serious alternative to a petrol-powered roadster. 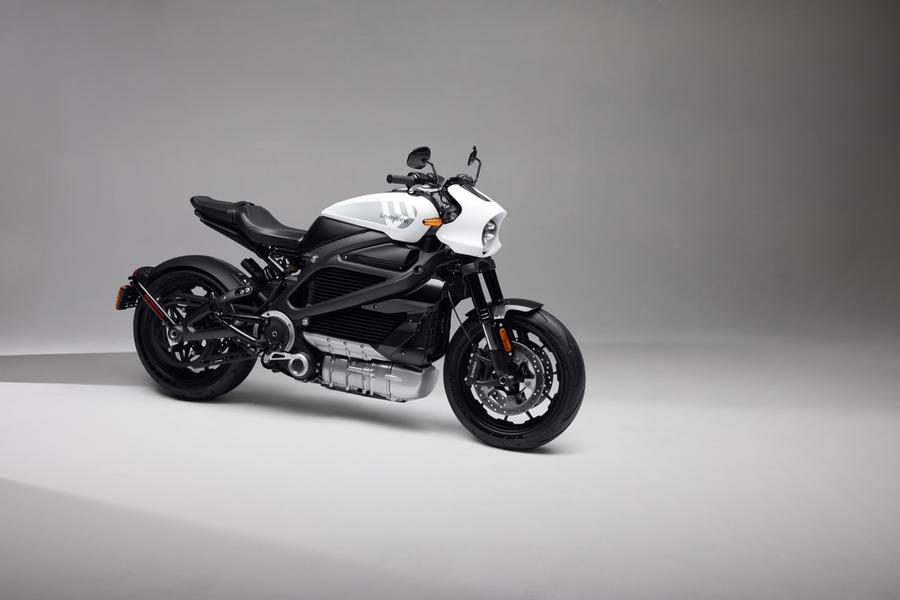 You might not be familiar with the work of Sunra, but it’s China’s biggest EV brand, shipping 4.1m vehicles per year. The Miku is the company’s tiny electric scooter that costs just £3,499, has removable batteries and a 50mph top speed. Sure, it only offers a 40-mile real-world range, but it can be started with a fingerprint sensor. How cool is that? 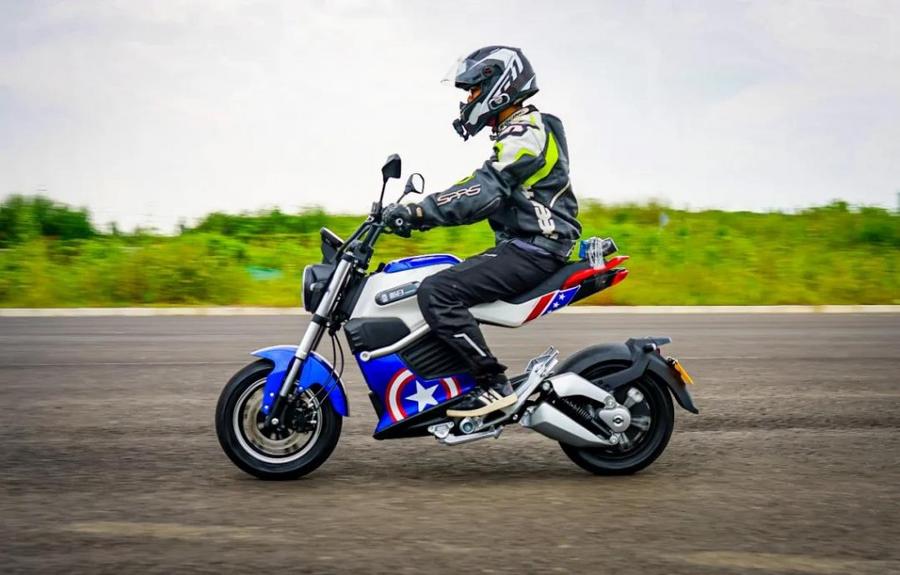 Not all electric bikes are intended for use on inner city commutes. The Caofen F80 Electric Enduro is far more at home slipping and sliding on dirt trails than dodging Nissan Qashqais on the bypass. A strong one-piece frame, 260Nm of torque and a lithe 88kg kerb weight should equate to a whole lot of childish dirtbike laughs. 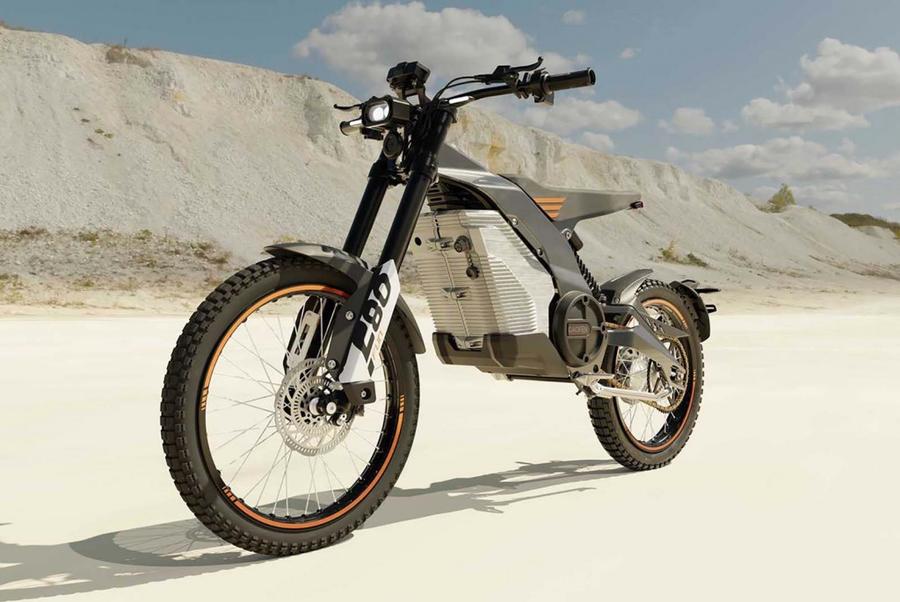 This Canadian brand may not have the coolest moniker (unless you're a real fan of the 1996 Formula 1 World champion...), but we’re not sure anyone will care when it finally starts selling the 200hp, 200mph HyperSport Premier. Sure, it’ll set you back around £30,000, but Damon promises it’ll also make a more upright naked version, as well as models with less power such as the $17,000 HyperSport SE. We wonder if the shiny gloss-finished models will be followed by a matt Damon?

And if you think that's impressive (the HyperSport, not our Damon puns), check out the forthcoming Damon HyperFighter... 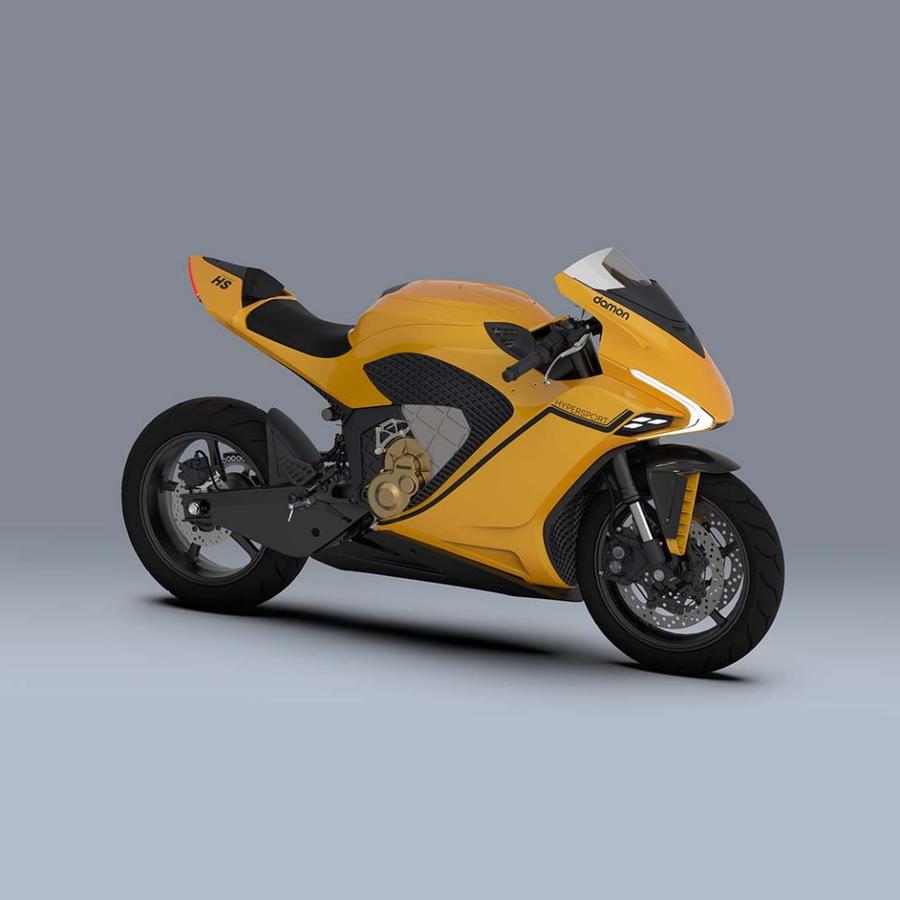 Italian supernaked bikes are usually powered by thirsty V4 engines, offer neighbourhood-deafening soundtracks and carry Ducati or Aprilia badges, but Energica is aiming to show how electric power can also give you 170hp thrills. The Eva Ribelle certainly looks the part, and comes with Ohlins suspension and Brembo brakes. Notably, it also features DC fast charging and a battery that’s good for at least 123 miles. 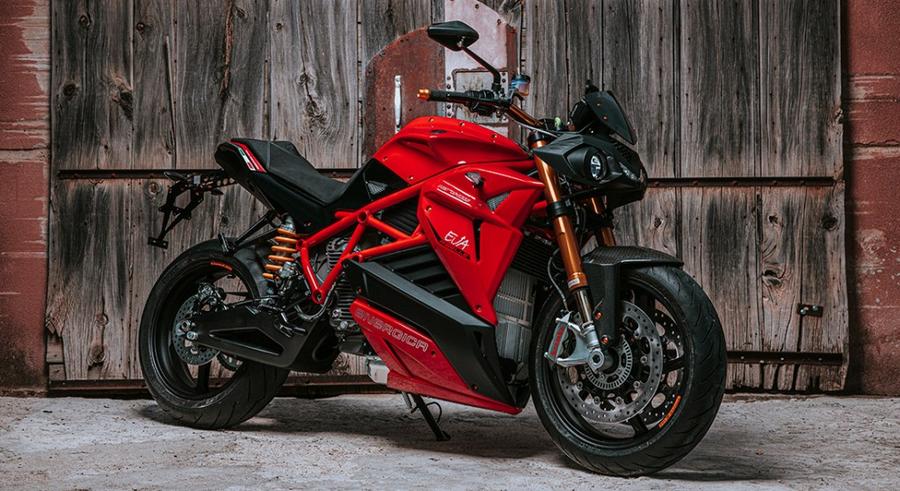 Chinese electric mobility firm Niu has been at the forefront of electric-powered two-wheeler tech for the past couple of years, and in 2022 it’s bringing more power and speed to its popular range of e-scooters (the moped equivalents, not its rental e-scooters). The incredibly cure MQiGT EVO has a 46-mile range and a top speed of 62mph thanks to a new 5kW motor. It's priced at £4,099. 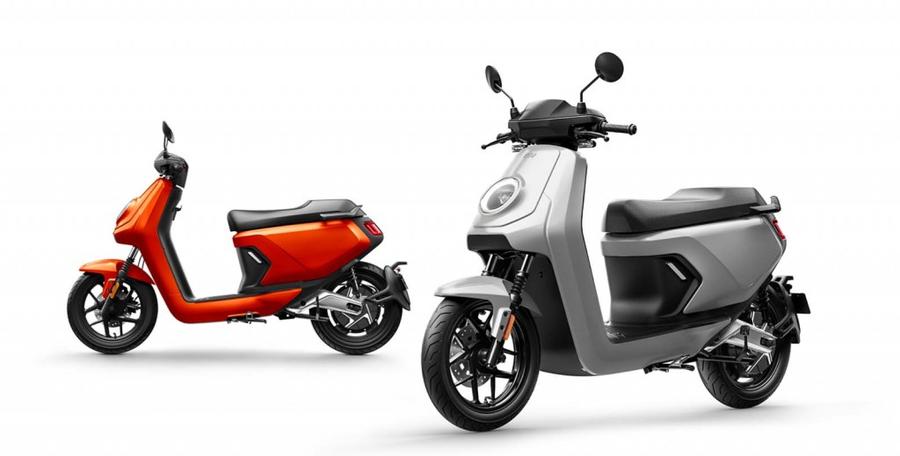 Vmoto is the new premium sister brand of e-scooter specialist Super Soco, and it’s due to arrive in the UK this year with the Stash. It’s a 65mph upright bike with a small windscreen and a range of around 150 miles. Despite looking like a regular motorbike it can hold a full-size crash helmet under the ‘fuel tank’, which should be perfect for reducing commuting hassle. 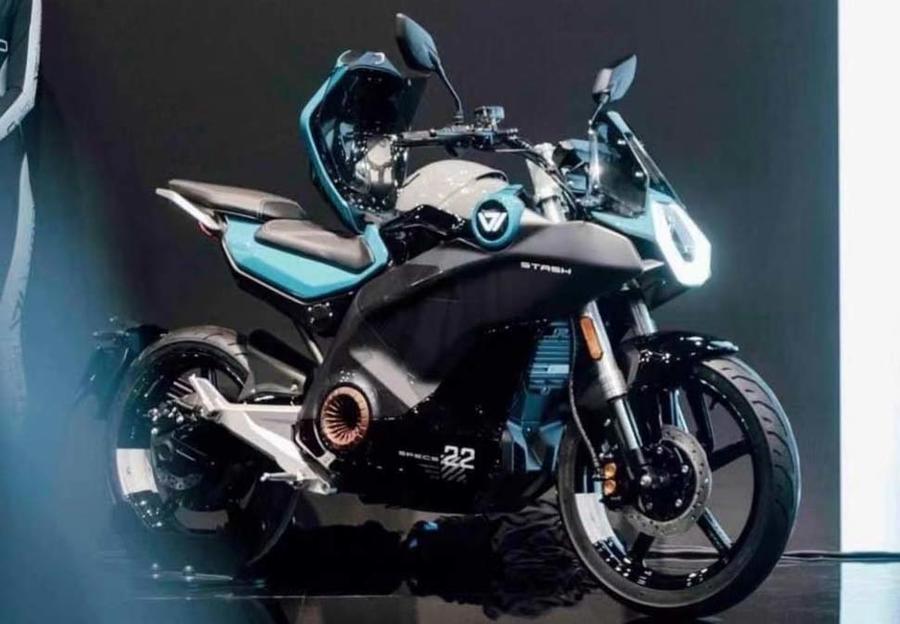 You might think of Seat as purely being a car firm, but it's expanded into the electric scooter world recently. Sort of. Essentially a re-branded Silence S01, the Seat MÓ 125 is an electric scooter with a removale battery that you can take into your home to recharge, making it ideal for anyone without off-street parking. It's torquey, quick, and fun to ride - and you can test-ride and buy it in selected Seat dealerships. 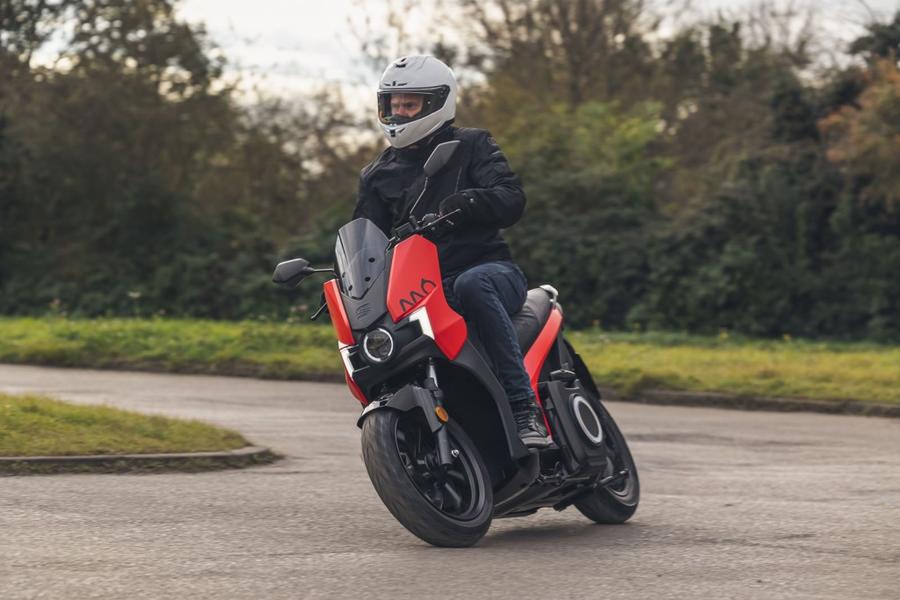 Cutting-edge Californian design and a punchy 34kW motor combine with a 100-mile range to make the Zero FXE a strong electric commuting vehicle. That said, 78lb ft of torque, a pair of sticky sportsbike tyres and a capable chassis might tempt you to take the long, twisty way home. 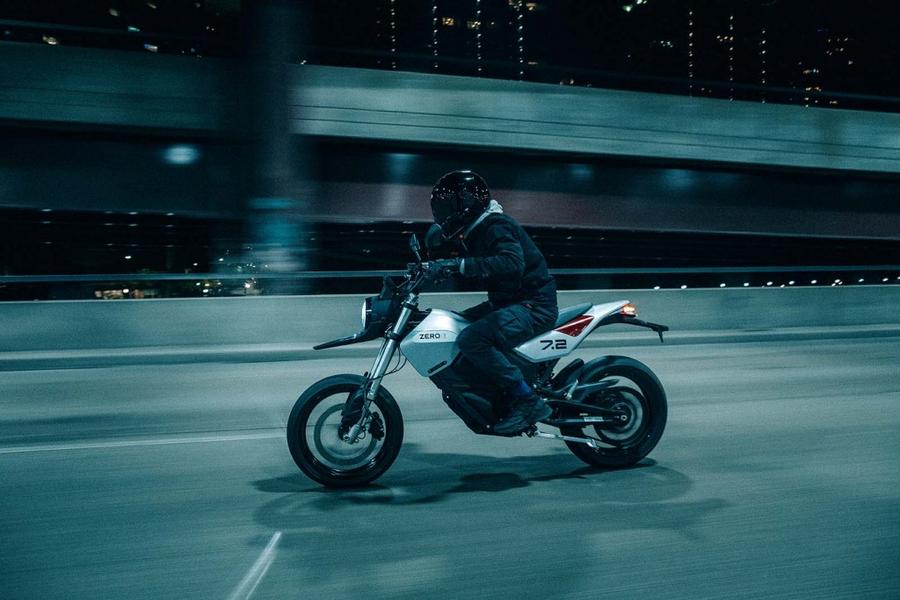 If you've got £90,000 to hand, this should finally be the year you can spend it on an Arc Vector. It's a sleek, carbon-fibre-clad roadster that’s positively dripping with Blade Runner cool. It offers a 0-62mph time of 3.2 seconds and a impressive 271-mile range, and also offers a CCS fast charger. 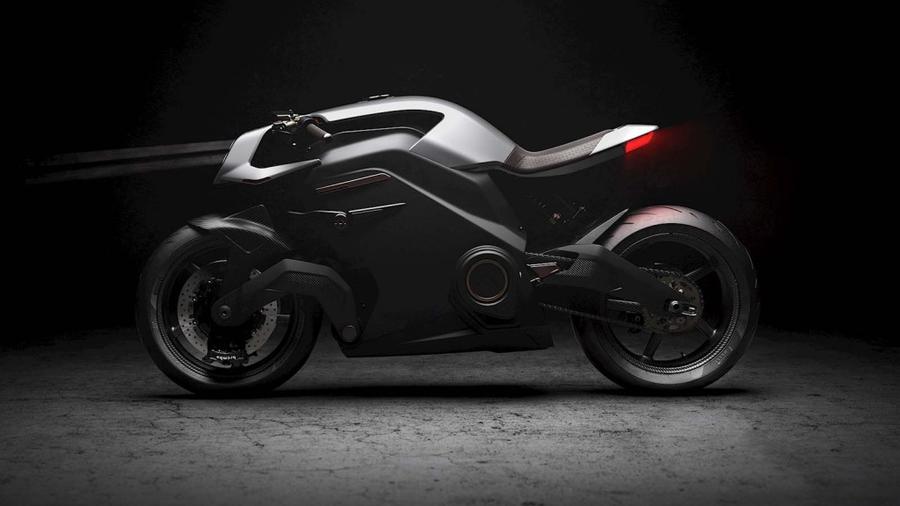 The new Bobcat T7X is a truly groundbreaking electric digger