In fact, Alpine claimed pole position, thanks to Matthieu Vaxivière, less than 0.1sec ahead of the Toyota of Sébastien Buemi, Kazuki Nakajima and Brendon Hartley, with the second Toyota of Kamui Kobayashi, Mike Conway and José María López in third.

The Alpine led away from the lights and had the race pace to keep the Toyota honest throughout, thanks to the latest Balance of Performance formula and a late safety car. But the Toyota’s larger fuel tank meant it emerged the winner, because it could get away with fewer pitstops.

American outfit Scuderia Cameron Glickenhaus was also racing for the first time in the new LMH class, ahead of more mainstream manufacturers joining it and Toyota in the coming years.

Its new SCG 007 was only 11th in qualifying, and although it finished the race, it was 54 laps down on the winner at the flag.

Previously, Toyota has frozen its cars’ positions at the final pitstops, but this time around, the two cars were allowed to race to the finish. While this meant that the race was exciting to the end, it did also bring about some confusion, as Buemi was first ordered to hand over the lead to López before the positions were reversed again.

It all stemmed from a late full-course yellow, which meant López pitted for a splash and dash, emerging just behind Buemi. When the Argentine closed the gap to the Swiss, the team ordered him past, with team policy “allowing him the opportunity to take the lead and pull away”. But when López himself couldn’t open up a gap, the positions were reversed and Buemi took the flag.

It was a bit confusing to watching fans, but the policy shift was also understandable: allowing the cars to race each other makes the racing more exciting, which will be needed this season, given that the top class is so short on numbers. 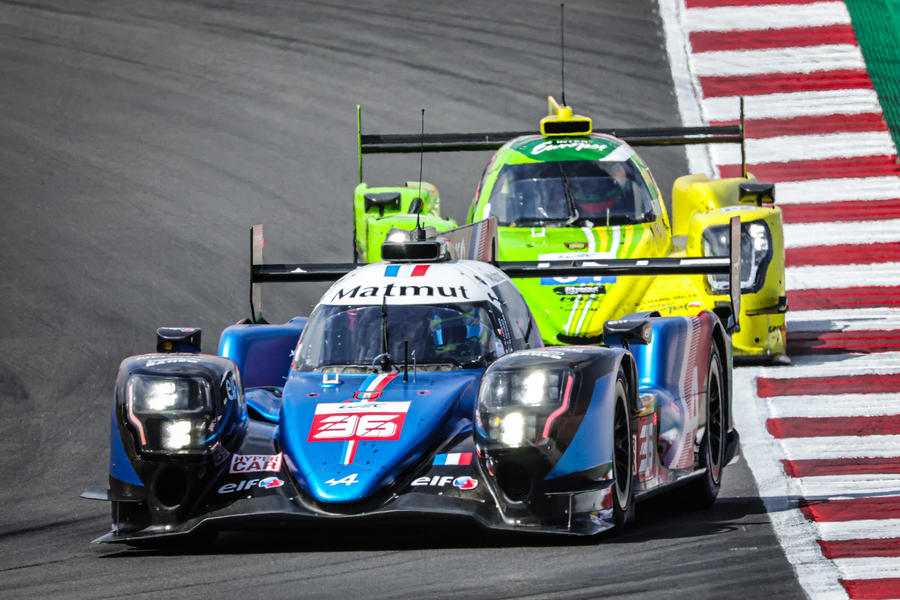 Glickenhaus is in a learning stage

Unsurprisingly, given that it’s a brand-new car in a nearly new class, the sole Glickenhaus entry was off the pace this weekend. Qualifying only 11th, its efforts weren’t helped when Ryan Briscoe tipped the GTE Am Aston Martin Vantage of D’Station racing into a spin, taking out the Dempsey-Proton Porsche 911 RSR at the same time and meaning the SCG 007 spent a lengthy time in the garage to repair the damage. Ending up 54 laps down was hardly the ideal result, but at least the car finished.

Ferrari in front in GTE Pro

After Spa-Francorchamps, where Porsche’s 911 RSR claimed pole and led the entire race, Ferrari bounced back at Portimão, claiming the top two steps on the podium.

Although the #92 Porsche again claimed pole and led for a while, rising track temperatures meant its drivers couldn’t get its tyres to work properly, so they slipped behind by a number of laps.

Porsche managed to drag the car back onto the same lap as the AF Corse Ferrari of Ale Pier Guidi and James Calado through an adjusted tyre strategy, but it wasn't enough to stop the Italian cars claiming a one-two.

BMW to make endurance racing return in 2023 with LMDh racer

Mazda endurance racers on their secrets for surviving Sebring