BACK TO ALL NEWS
Currently reading: Toyota Concept-i artificial intelligence tech due on roads from 2020
UP NEXT
New 2022 Polestar 3 officially previewed as launch nears

Toyota Concept-i artificial intelligence tech due on roads from 2020

Toyota will start integrating advanced artificial intelligence (AI) technology into its road cars from 2020 and has previewed how the systems work with a new concept car.

Unveiled at the Tokyo motor show, the four-seat Concept-i can assess its passenger’s wellbeing, mood and personal preferences, before adjusting how it operates to better suit them.

It does this by measuring the driver's body language, speech tones and use of language, and by drawing conclusions after monitoring the driver's social media posts and driving style. It then attempts to affect the driver's mood by altering his or her other senses. If the driver is upset, for instance, it could pump a fragranced mist into the cabin, change the interior light colours to more relaxing shades, warm or cool the seat or start a conversation.

The brand plans to test the systems for use in production cars from the start of the next decade, suggesting some of the technology could make it to market in the years that follow.

Toyota officials say that, as well as showing AI technology that will make production, the Concept-i also shows how a production EV could look when it is launched for public trials from 2020. Today, they envisage it having a 186-mile range from a charge, although they concede that figure may rise by the time the car makes production.

Reports suggest the first in a wave of new Toyota electric cars will be a modified version of the C-HR SUV, which will be sold in the Chinese market to meet new regulations. However, a bespoke platform for a range of electric vehicles is being developed to underpin all electric models for 2020.

Although critics have accused it of being slow to market with EVs, Toyota chief Akio Toyoda has committed to launching electric cars “from mini-vehicles to passenger vehicles, SUVs and light trucks”. At the Tokyo motor show, R&D chief Kiyotaka Ise said he expected to start rolling out a family of electric cars from 2020 – a timetable in line with Volkswagen’s ambitious plans to launch a family of ID cars.

In part, the move was forced by the Chinese government’s plans to set quotas of EV sales that manufacturers must hit, and there are ongoing rumours that it may launch a heavily modified CH-R crossover in China in 2019 to meet the short-term requirements there. However, in order to achieve its global EV goals it announced a partnership with Mazda and parts supplier Denso earlier this year.

Highlighting the firm’s 20 years of leadership in hybrid technology, including more than 11 million Prius sales to date, Ise said: “We have been working with electric motors, inverters and batteries for more than 20 years. We have nothing to worry about. Our EV technology is already developed. The core technology is the same.” 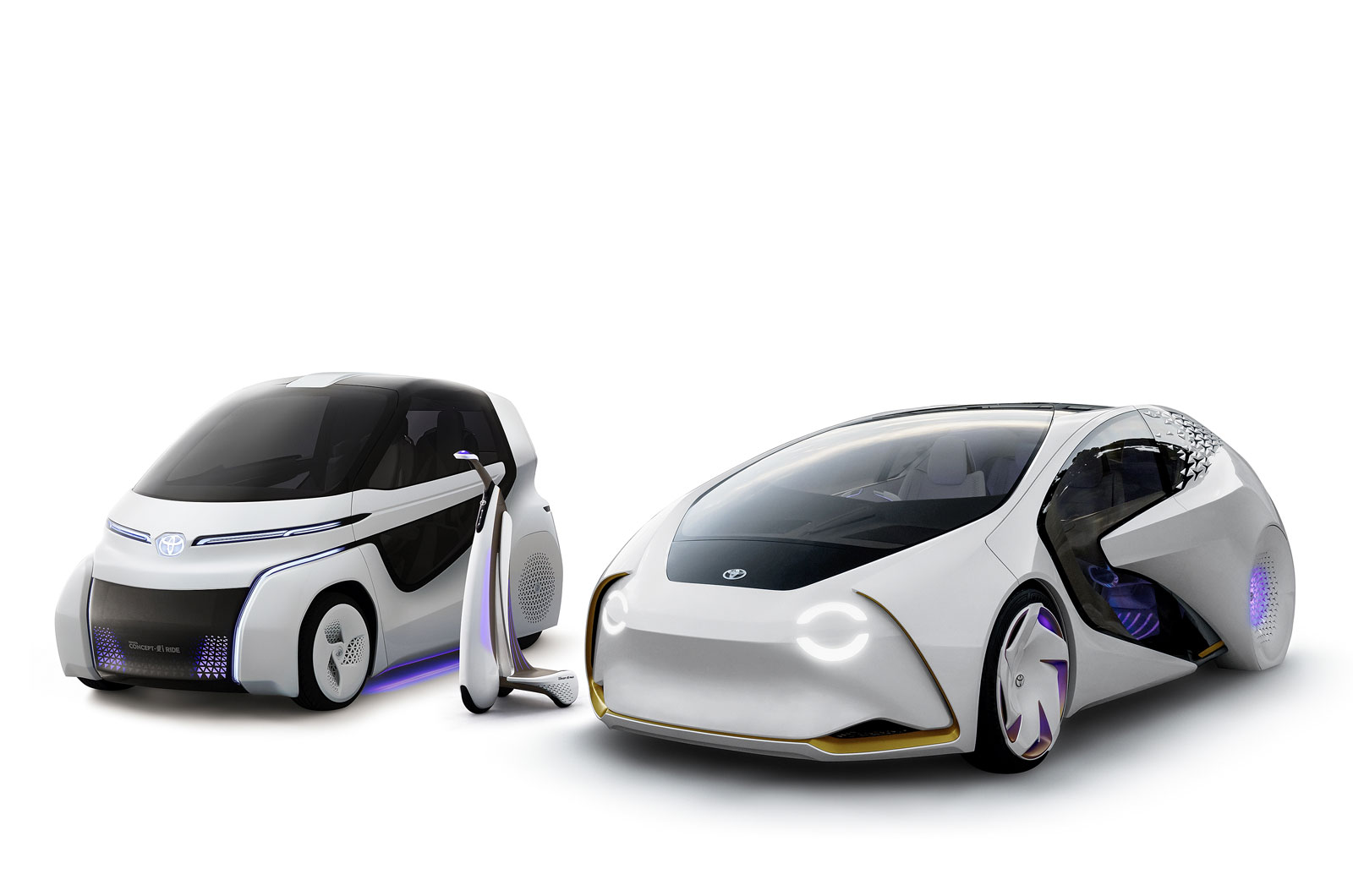 Those two concepts preview Toyota’s vision for small-scale personal mobility. The company describes them as boosting mobility for everyone, including the disabled and elderly, and demonstrating the benefits of shared mobility.

Toyota’s futuristic concepts focus on practical and clean transport, but it has also brought a driver-focused hybrid sports car to Tokyo, the GR HV Sports, to illustrate the thinking of its performance arm, Gazoo. The car features a unique H-pattern automatic gearbox lever.