BACK TO ALL NEWS
Currently reading: Radical Citroen 19_19 concept makes first UK appearance
UP NEXT
How Matt Windle is putting Lotus back on the map

Citroen has marked its 100th anniversary with the 19_19 concept, a vision for the future of intercity travel with a focus on extreme comfort.

Named to mark a century since the company was founded, the high-riding EV was designed as a long-range companion to the previously-revealed Ami:One city car and will be capable of fully autonomous driving.

Head of product Xavier Peugeot said the 19_19 was “projecting into the future two of Citroen’s key genes: bold design and 21st century comfort.”

A fully-glazed suspended cabin sits on a new, modified version of Citroen’s Progressive Hydraulic Cushion suspension, seen in current form in the C5 Aircross SUV, with travel lines on the car’s body indicating exactly how much the suspension moves while the car is in motion. 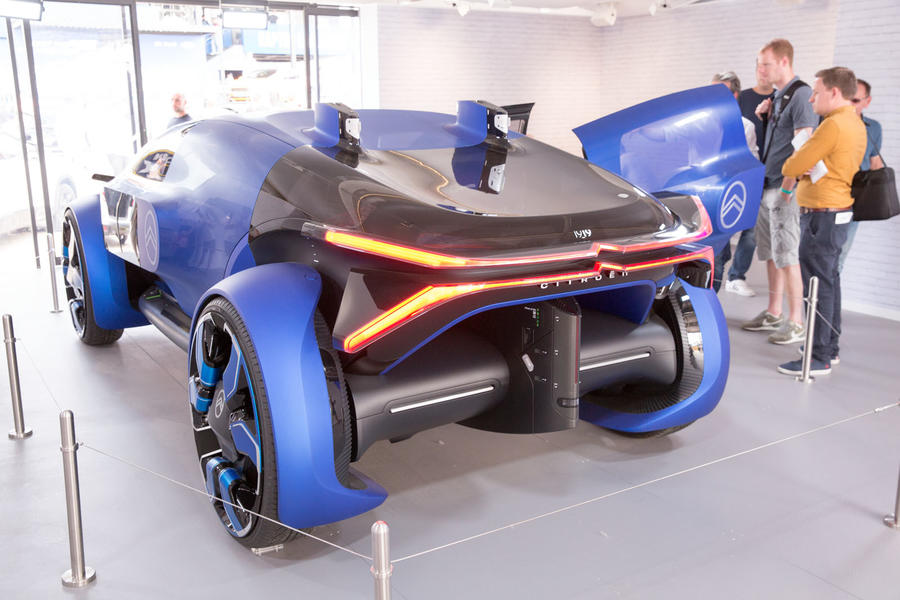 The concept rides rides on massive 30in wheels with equally conceptual rubber designed in partnership with Goodyear. Each tyre uses embedded sensors can communicate road conditions to the car when driving in autonomous mode, and is made with a bespoke compound inspired by natural sponge designed to improve traction in adverse weather conditions and reduce road noise inside the cabin. 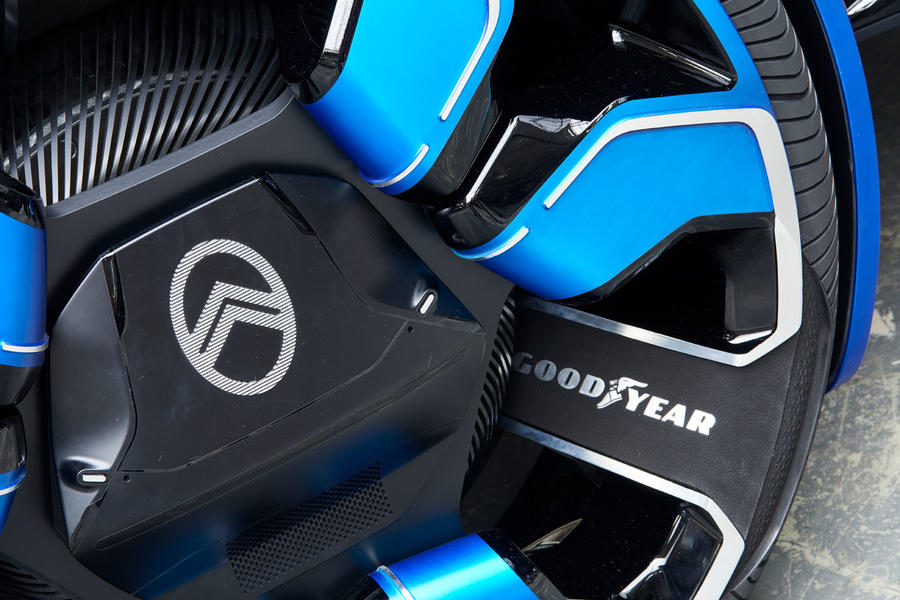 “This project cannot be presented without thinking of AMI:One,” Head of Exterior Design Frédéric Duvernier explained. “They are very complimentary. On the one hand, you have a small economy car; on the other hand, comfort.”

“I like to think about an egg, because there’s nothing so simple. We tell our designers not to overcomplicate that car - it’s easier to make a newer design by adding lines, but keeping it very simple and working with surfaces is what we really want.”

Citroen calls the 19_19, which will receive its public debut at the Vivatech technology show in Paris later this week, a “true living room on wheels”, with an interior meant to feel like an extension of the passenger’s home.

Driver, front and rear passengers each have drastically different seating positions for maximum comfort. The thickly cushioned driver’s seat is sculpted and partly displays its underlying frame for a sportier feel, while the front passenger gets a reclining chaise longue meant to mimic a business class airline. The two are separated by a marble-styled centre console made from lightweight composite. Rear passengers get a sofa-like bench with a bungee-like fabric mesh acting as both headrest and access to rear storage. 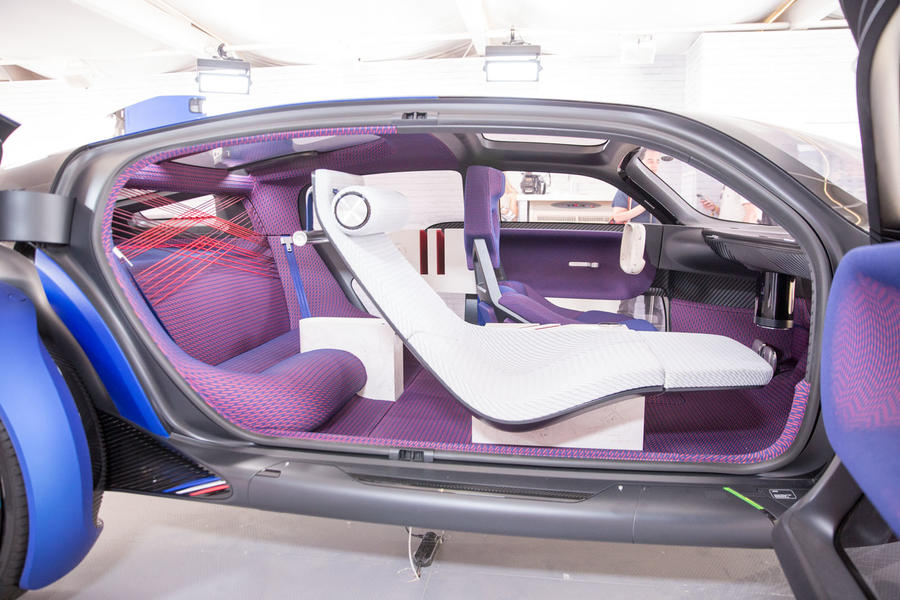 “It’s been a trend I think, the last couple of years, to take a lot of influence from house furniture,” Duvernier explained. “Here the team has pushed it as far as they could.”

The minimal floating dashboard is separated into two layers, with driving elements shown on a heads-up display above the beltline and a cylindrical “fifth passenger” AI assistant that raises through it when entering autonomous mode. Infotainment can then be projected onto the window beneath the dash, which also gives passengers a view of the road in front. A further digital display is built into the single-spoke steering wheel, which can be retracted into the dashboard when the car enters autonomous mode.

The all-wheel drive concept, which is not expected to enter production, uses twin motors that produce a combined 456bhp and 590lb ft of torque. Citroen says the 19_19 will achieve 0-62mph in five seconds and a top speed of 124mph, while a 100kWh battery provides up to 500 miles of range on the WLTP test procedure. Rapid charging should return as much as 380 miles of range in 20 minutes, and inductive technology could allow for cable-free charging.

Citroen Ami One concept could be driven without a license

The man who owns 110 Citroens

i'm totally in favour of progress and things moving on, but the steering wheel's upside down

Build it, and I'll buy my first ever French car in 42 years of buying cars.  It looks a cracker, but a concept it will stay!

Very similar in concept to the Volvo 360C. Never in my wildest dreams would I put those two brands on the same wavelength. Of course Citroen has more avant garde flair but they are awfully similar.