BACK TO ALL NEWS
Currently reading: Flat out in a Lamborghini Centenario on the Goodwood hillclimb
UP NEXT
New 2022 Porsche Cayenne to bring design overhaul

Flat out in a Lamborghini Centenario on the Goodwood hillclimb

"Sometimes it isn’t so much fun," says Max Venturi, a man who was destined to become a racing driver the day he was christened. "There are two places you have to be very careful. The first left-hander, because it's blind, and the flint wall."

Venturi has been coming to the Goodwood Festival of Speed since 2007, so he knows the hillclimb course well. That helps me to relax. The prospect of being flung up Lord March’s driveway in a 760bhp Lamborghini Centenario by somebody who didn’t know where he was going had made me a little nervous. 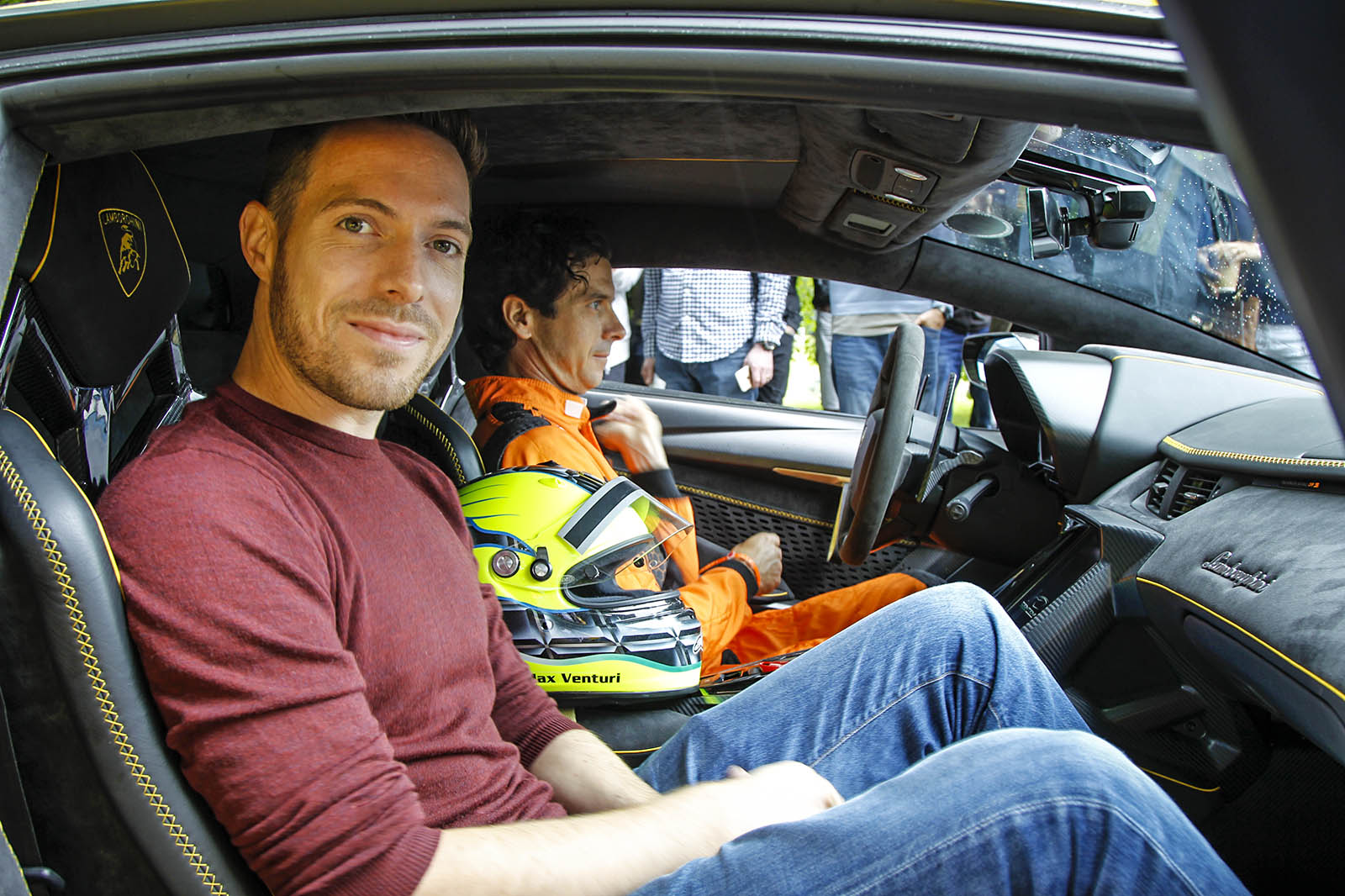 I meet Venturi and the exposed carbonfibre-bodied Centenario in the Supercar Paddock. We’re taking part in the first supercar run of the weekend, slap bang in the middle of a line-up that includes many of the world’s most exotic and expensive supercars. With just 40 ever built and a price tag approaching £2 million, the Centenario is among the rarest and most valuable of the lot.

There’s a buzz in the air as the three or four dozen supercars slowly shuffle from the paddock to the holding area at the start of the run. Engines are revved loudly while one or two weave and wheelspin to try to warm their tyres. Rain drops start to fall on the windscreen. My nerves spike again. 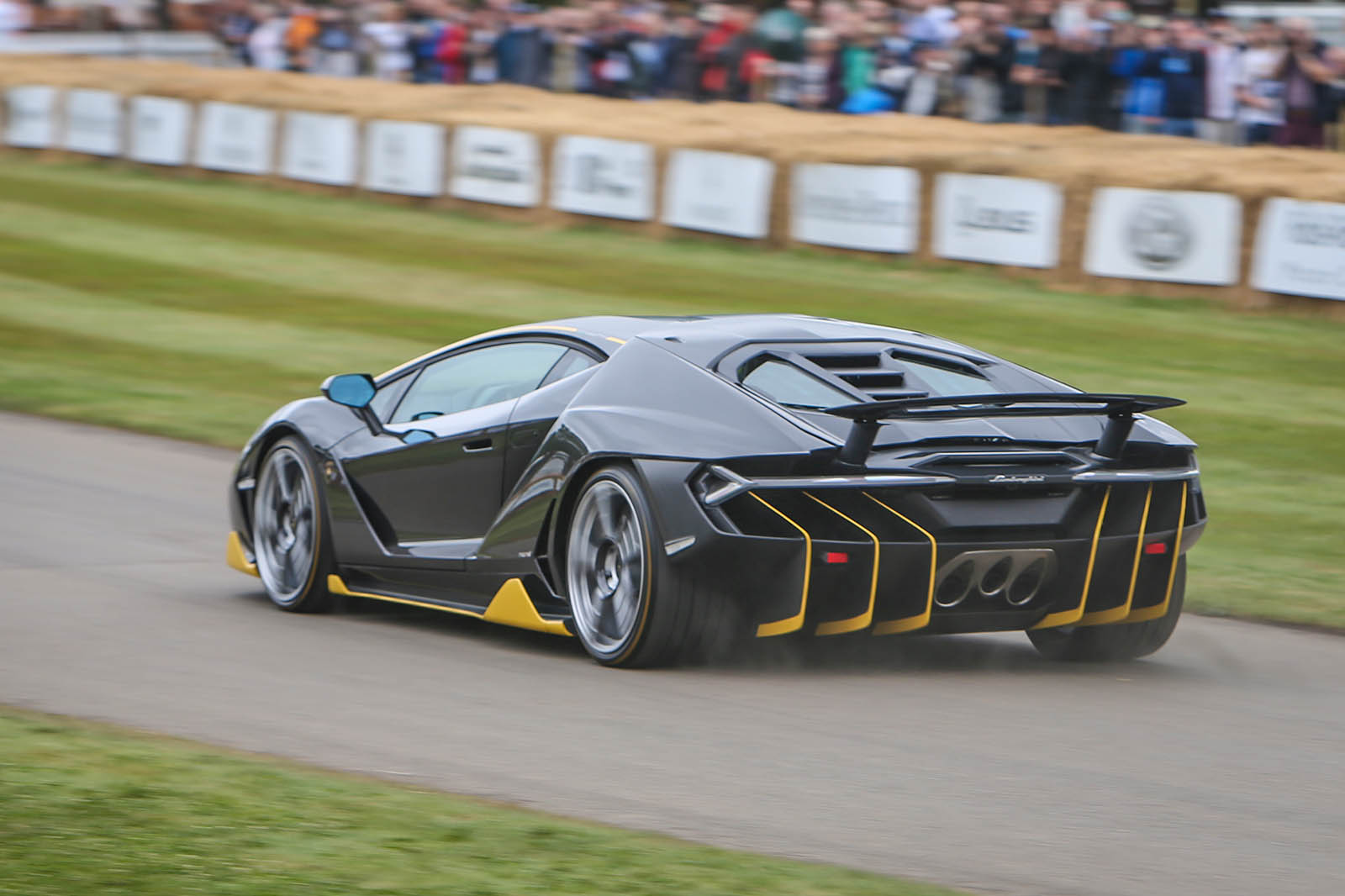 "We can’t get any heat into the tyres and there will be some mud on the road," says Venturi, unhelpfully. The queue slowly moves forward as one by one the cars are released up the hill. Our turn. Venturi switches the car into Corsa mode, pauses for a moment, and then boots it. The Centenario launches violently, the four driven wheels slipping slightly on the damp Tarmac. He carries good speed through the first two right-handers, powers under the bridge and brakes early for the tricky left-hander. Venturi keeps us out of the Hoy bales.

We blast up the hill and towards the flint wall. The tree cover means the sweeping right is completely unsighted, so Venturi is cautious, but after clearing the wall he carries so much more speed through the flowing rights and lefts that follow than I reckoned possible.

And then it’s all over. The supercars gather at the top of the hill, Bugattis and rare Aston Martins and one-of-a-kind Paganis sitting alongside one another in the world’s best car park.

Named after the former track cyclist, one of our best if not the best Olympian, after he drove the Nissan GT-R in to them!
Hedonist 29 June 2017

It's unfortunate you spotted this as it comes from the fact that Lord March can't pronounce his 'A's (it's a condition of the very rich). So, the locals gently mock him by calling them Hoy bales (sometimes even 'Hoy boles').

I just hope he isn't reading these comments.

Love the term 'Hoy bales' but

Love the term 'Hoy bales' but check the spelling!