Subaru has pulled the covers off its all-new Impreza at the Frankfurt motor show with bold promises for high safety and good handling.

Built on Subaru’s latest underpinnings and using all-wheel drive as standard, the fifth-generation Impreza serves as a left field C-segment alternative to the likes of the Ford Focus and Vauxhall Astra.

The new car is 10mm lower, 35mm wider and has a 25mm longer wheelbase than its predecessor, enabling cabin and boot space to grow for improved practicality. The boot can swallow 1280 litres of luggage with the rear seats down, which is 10 litres better than the old car and 70 better than the Astra can offer.

Following the new XV, the Impreza will be the second model to use Subaru’s new Global Platform that is claimed to vastly improve handling and refinement. Subaru said it has set the car up to be “firm, but comfortable”, promising quicker responses and higher quality damping.

Just two engines are offered with the new Impreza, both of which are four-cylinder boxer petrol units. The first is the 1.6-litre unit that was used as the sole offering in the previous Impreza, with an identical 112bhp and 111lb ft. But the car has now gained the option of a direct injection 2.0-litre unit with 154bhp and 145lb ft. 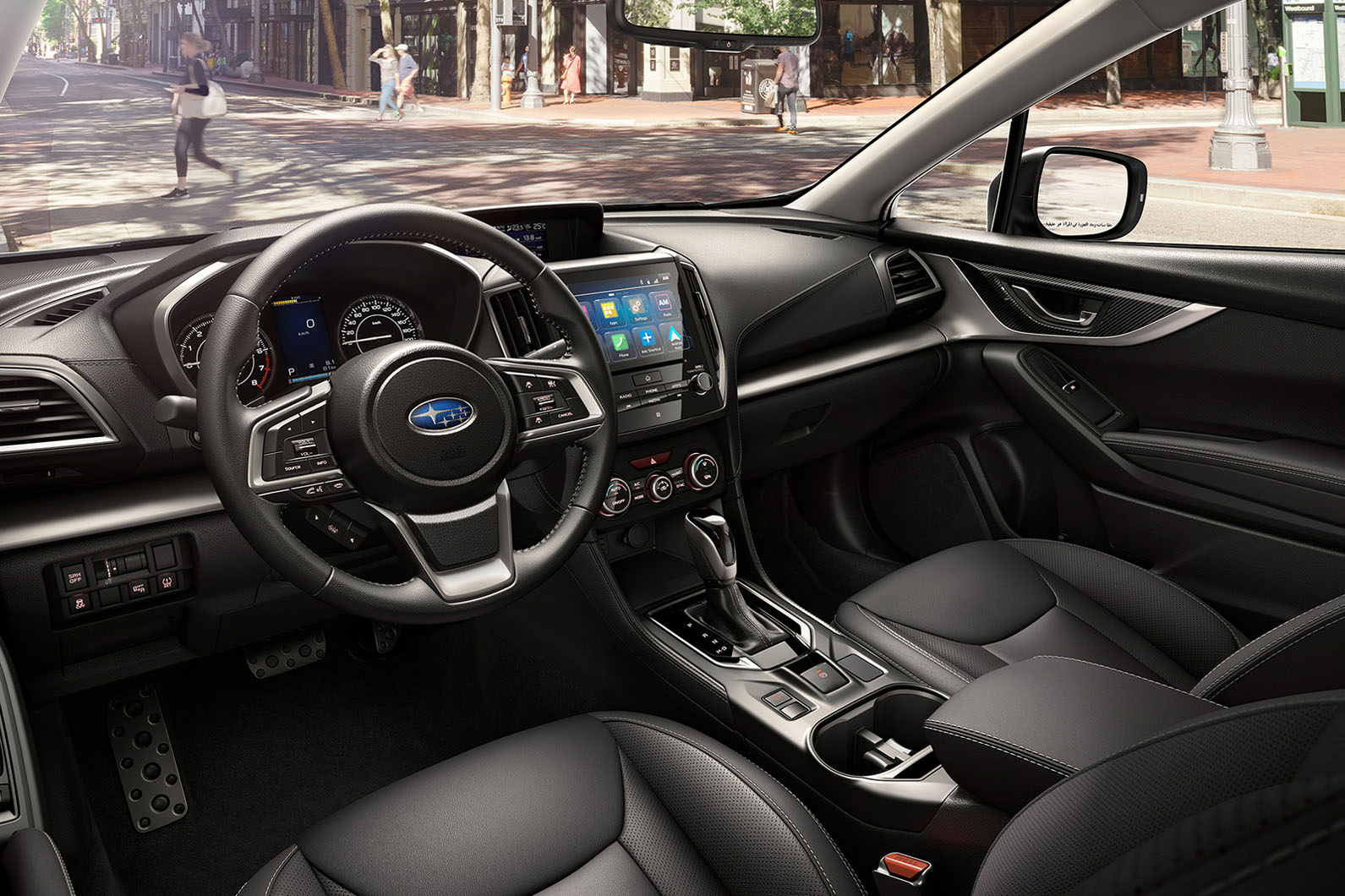 Both engines send drive through a CVT gearbox, marking the first time such a transmission has been used in an all-wheel drive application. The so-called Lineartronic ‘box has been engineered with a damper to help smooth out power delivery and reduce the rev surge some CVTs cause. It’s said to improve fuel efficiency, although no economy figures have been revealed at this stage.

The new Impreza will go on sale later this year at a price that’s expected to stay relatively close to the £18,995 of the outgoing car. If the price remains similar, it’ll allow the new Impreza to undercut the £19,635 Focus, but it won’t be low enough to beat the Astra and its £16,535 opener.

Insight: How Subaru reinvented itself

No Subaru will be imported into te UK from year end with a manual gearbox apart from the BRZ and the Impeza STI.

The STI Impreza recently introduced in Australia is a facelift of the existing model of the Impreza and the new model will not be available for at least 2 years in STI form according to the MD of Subaru Australia. I was advised this facelifted STI will come to the UK towards year end.

The Subaru Australia MD also advised that in there is no short term plan to produce the new model cars with a faster engine and the Turbo 1600 from the Lervorg does not fit in the new Impreza.

Ah, so Subaru are determined to crush all memories of their rally heritage then? So the Levorg it will be for me then when I'm ready to get my next car. At least it has a turbo bolted onto the block and shouldn't bankrupt me with running costs.

Mind you, I wonder how long Subaru will keep importing that model for? I read on How Many Left that they've only shifted 380 models this year so far. The best figures yet since it's introduction, so maybe it's recent British Touring Car success is paying off. So any remote performance Subaru wise extends to the (Indian curry strength) Nall STI, Vindaloo Forester XT or Korma Levorg. Wow...

Is there a manual box available as well?