BACK TO ALL NEWS
Currently reading: UK transport secretary admits diesel plays 'valuable role' in CO2 reduction
UP NEXT
Spending 48 hours touring in a Ferrari Roma

Buying a diesel car can still be the right choice for motorists and the environment, according to transport secretary Chris Grayling.

Speaking at the Society of Motor Manufacturers and Traders (SMMT) Summit, Grayling (below) added that the Government’s view is that diesel “can play a valuable role in reducing CO2 emissions”.

“It is very important that people buy the right vehicle for their circumstances and that they think about that carefully,” he said. “In this transition period to electrification, diesel still has a role.” Grayling had previously been quoted as saying that motorists should “think twice” about buying a diesel.

His comments support those made by business secretary Greg Clark earlier this year. Clark said: “There’s a place for diesel vehicles and there will be for some time to come.”

Both Grayling and Clark's comments stand in contrast to previous statements from the Government regarding diesel, most notably from environment secretary Michael Gove, whose criticisms of diesel last year preceded the collapse in diesel sales in the UK. 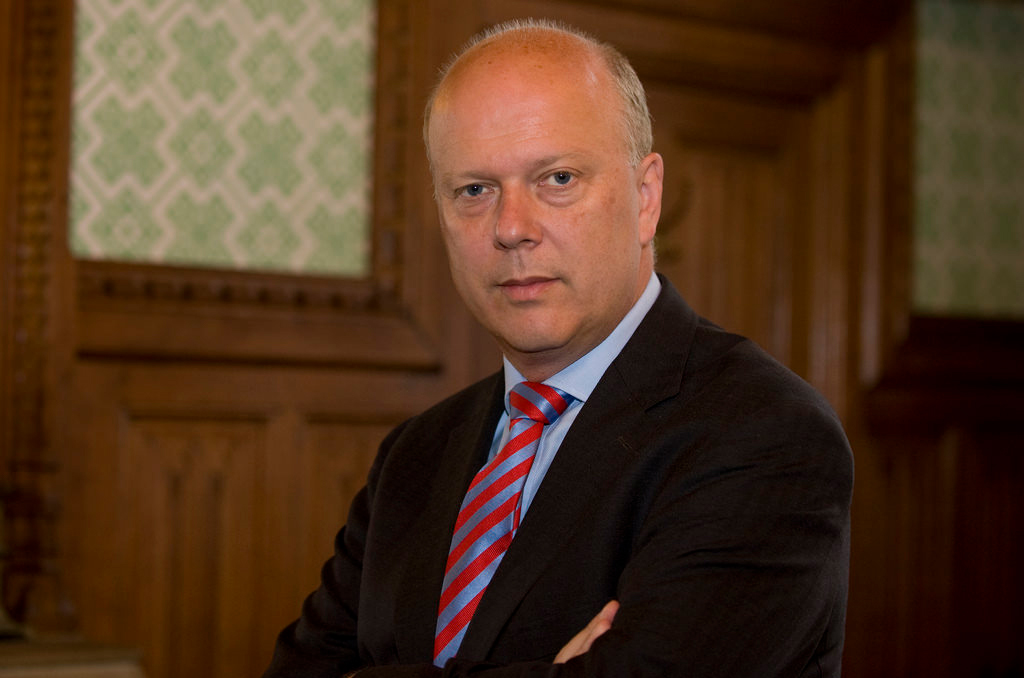 Grayling’s comments come ahead of the much-anticipated launch of the Government’s ‘Road to Zero’ paper later this year. The paper is expected to outline the path to having only zero-emissions cars on sale from 2040.

Leaked information has already suggested that the Government is considering allowing hybrid cars to be sold as long as they have a minimum zero-emissions capability of around 40 miles. Car makers reacted to that news angrily, saying that the Government should set targets and allow them to find the technologies that best deliver them, while critics have said that the plan does not go far enough. UK mayors, including London’s Sadiq Khan, have already started negotiations to push forward a ban on combustion-engined cars to 2030.

In a move hailed by industry executives, Grayling confirmed today: “We have no plans to ban any specific technology. We believe we should be technology neutral.”

BMW’s special representative to the UK, Ian Robertson, added: “The Government recognises the importance of the sector and how quickly we can react with technology. What’s important is that we are all heading in the same direction. There is no certainty in what technology will win — and there are issues of infrastructure, affordability and consumer demand.

“What we don’t need is a set of prescriptive rules in the road to zero emissions. Having vehicles capable of completing a majority of their journeys on electricity is achievable; the average journey is around 20 miles and already we have plug-in hybrids capable of 40 miles of EV range.

“The target is achievable. But the way we achieve it should be left open.”

UK mayors to call for 2030 petrol and diesel car ban

The problem with this whole emissions business that politicians made technical descisions based on constituency margins and "their friends" in business to get a good deal while trying to tax, eliminate and "flog" petrol owners from the "non business public" the result is VAG gate and NOX pollution on a grand scale. The only thing diesel contributes to is to stunt childrens lungs turn the sky yellow and make a racket inside the vehicle. The mayor and the government are jumping all over the private owner with new MOT rules blah, blah blah while any HGV trucks can just fit an ad-blue emulator and the government has no plans to deal with that particular loophole, no siree, it's up to a C4 programme to "uncover this" they put it to "europe", "europe" concluded that it is cheaper to allow 23,000 people a year to die from diesel related issues rather than bring in testing for HGV, so you can see right there that the "righteousness" is false and just an ruse for the exchequer.

It needs balance. Diesel and all it's blind supporters shot themselves in the foot with the idea it could suit 50% and more of the market.

For high mileage motorway users there is still not a viable alternative to diesel not at least until on electric vehicles they delvelop batteries that hold a longer distance travelled or an ultra quick charging time.

Used Porsche diesels for example have shot up in value since they decided to stop building them with many Porsche owners that drive a lot of motorway miles stating that there is still no aleternative to a diesel, the Hybrid versions only really work around town but on the motorway you are in petrol mode averaging 20 mpg, this is not great for CO2 or the costs of refueling the vehicle.

I am hoping that this Hydrogen Fuel Cell technology moves forward as driving an electric car I beleive is only a temporary fix and not the answer for the future.