BACK TO ALL NEWS
Currently reading: Mercedes-Benz boss: customers are still confident in diesel
UP NEXT
New Touring Arese RH95: Coachbuilt supercar driven in UK

Carbon dioxide rather than NOx is “the biggest issue” of combustion engines, and customers are showing more confidence in diesel than politicians by continuing to buy them in significant numbers, according to Mercedes boss Dieter Zetsche.

Highlighting that the firm sold more diesels in Europe in 2017 than in 2016, and that diesels are crucial to reducing the amount of CO2 put into the atmosphere, Zetsche said: “I do believe it is not to the benefit of society to turn down the benefits of CO2 savings that diesels offer. We are talking a lot about NOX but I believe CO2 is still the biggest issue. 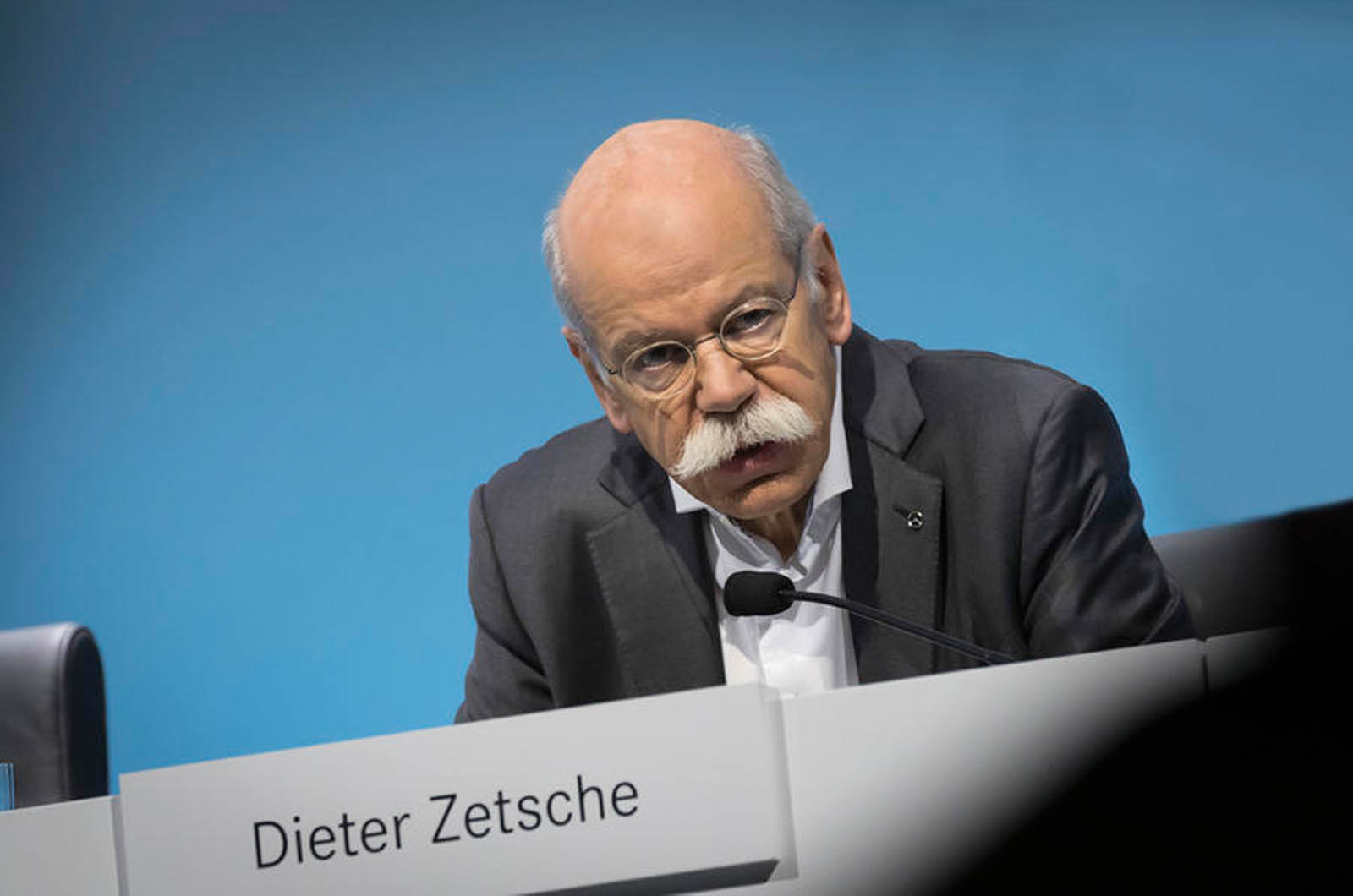 “In 2018 we are seeing a small dip in diesel take-up, but customers on the whole are still showing confidence. More than 50% of our sales are diesels. They are more open to the options than the political discussions suggest.”

Despite this Mercedes is investigating voluntarily introducing its own economy and emissions bandings to help drivers understand the effects of different types of driving and roads. “The new regulations and test methods are a great step forward, but if we can offer even more realistic information that helps the customer then it can only be a good thing,” he said.

A change of attitude from buyers is what’s required.

Would most buyers be happy with a car with had reasonable performance parameters, say for arguments sake an 8.0s 0-60 mph, comparable mid-range acceleration and a top speed of 110 mph with engine management and gear ratios set accordingly? Surely a petrol or diesel could be optimised for better economy within the parameters rather than offering a car whose performance potential is very much wasted is most day to day situations.

Mercedes et al keep producing cars for the German market whilst the clear majority of the worlds drivers have no need for the performance offered. Chipped engines which now replace cubic centimetres are a very cheap way to charge more for something that costs pretty much the same to make. BMW want you to buy a 325 rather than a 320 because the profit margin is better. Real world off boost performance/economy is probably similar but real-world figures would favour the 320 for a small penalty in real world performance but put a dent in the buyer’s self-regard.

This is not a sustainable way to market vehicles or make purchasing decisions. Perhaps models should be renamed 120 v. 320d, 129 v. 325d and 148 v. 320i (their respective CO2 outputs) in order to reduce their allure. How about going back to the French style tax system classifications (2CV, 4CV etc) – no one wants to boast have much tax they pay.

Deisel will be here along with Petrol for a few more years yet, the constant year on year of trying to make Car makers lower emissions from there Cars has put them in the position of being economical with the figures, maybe they can’t get them any lower with fossil fuels?, has anyone thought about that?, Deisel for the private motorist is useless, if you don’t travel more than 10,000 miles there’s no real saving unless you only fill once a month or say six weeks, the alternatives are still not clear what’s the best option,and try as they might Drivers still worry about range anxiety, plus when you have an EV you really want a fast charger not a three pin job over night, and what about drivers who live in flats or Park on the Street outside there House?, there are bound to be some where alternative propulsion isn’t an option, that’s why I think a Fossil powered Cars will be here for a while yet,and how about this conundrum, what will Farmers do?, Farmers up in the Hills, how will they in future power their Jeep, Tractor, Combine, and other Fossil powered Farm Machinery...?

You're right to a point. But not everybody buys a diesel because they do high miles, or avoids them because they think that they're more expensive to buy or service than petrol, because these days - they just aren't.

The cheapest Cayenne in the range was - the diesel. It's service interval? 2 years or 20,000 miles. MPG? 35.  Good to drive - yes. It ticked every box. All you have to do is take it on a run every now and again to keep the DPF happy.

You're right to a point. But not everybody buys a diesel because they do high miles, or avoids them because they think that they're more expensive to buy or service than petrol, because these days - they just aren't.

The cheapest Cayenne in the range was - the diesel. It's service interval? 2 years or 20,000 miles. MPG? 35.  Good to drive - yes. It ticked every box. All you have to do is take it on a run every now and again to keep the DPF happy.

I've driven diesel in the past, yes  taking the car out for a run  ahigher reves etc to clean out the DPF etc... (DPF Regen), isn;t that just making the PM  more finer and pumping out the pollution eslewhere. ?  it's still going into the environment.. isn;t stuff coming out the DPF so fine that is passes through most masks ?

LOL - Either delusional or desperate

Firstly, I wish the level of journalism would step up. It is funny how Autocar have strong views when the brands don't advertise with them (Tesla is doomed LOL) and no view seemingly when they do.

Has anyone seen the MB range recently? The reason its still 50% is that for many of the products in the portfolio, until recently the only (reasonable) option was Diesel.  MB has been very slow to offer strong petrol or hybrid alternatives.

@Rachel Burgess - we'd have more respect for the magazine if you outlined the wider story and took the people you interview to task and provided an independant viewpoint. Please stop pandering to the PR depts of these car makers. They need you right now, since most are in trouble in this period of rapid change in powertrain technology. It seems the only magazine we can turn to is Car for solid editorial nowadays. A real shame.