BACK TO ALL NEWS
Currently reading: Norway considers ban on petrol and diesel cars by 2025
UP NEXT
Hyundai i10 EV successor primed for 2024 launch

Norway considers ban on petrol and diesel cars by 2025

The four main political parties in Norway are debating a ban on fuel-powered cars; we look at how other countries are tackling harmful car emissions
Open gallery
Close

Norway is considering a ban on petrol and diesel cars by 2025 with the four primary political parties debating the action, according to Norwegian newspaper Dagens Næringsliv.

The new law has not officially been passed, but it has been put forward in a white paper, which calls for new private cars, buses and light commercial vehicles to be zero-emission after 2025.

The Dutch Labour party PvdA is also pressing for a ban on petrol and diesel cars in the Netherlands from 2025.

European leaders have been talking about such a ban for many years - insiders have suggested Paris will be the first city to implement a zero-emissions-vehicle-only zone within its boundaries – but if they were to be introduced, the Norwegian and Dutch policies would be the first complete ban on combustion-engined vehicles. 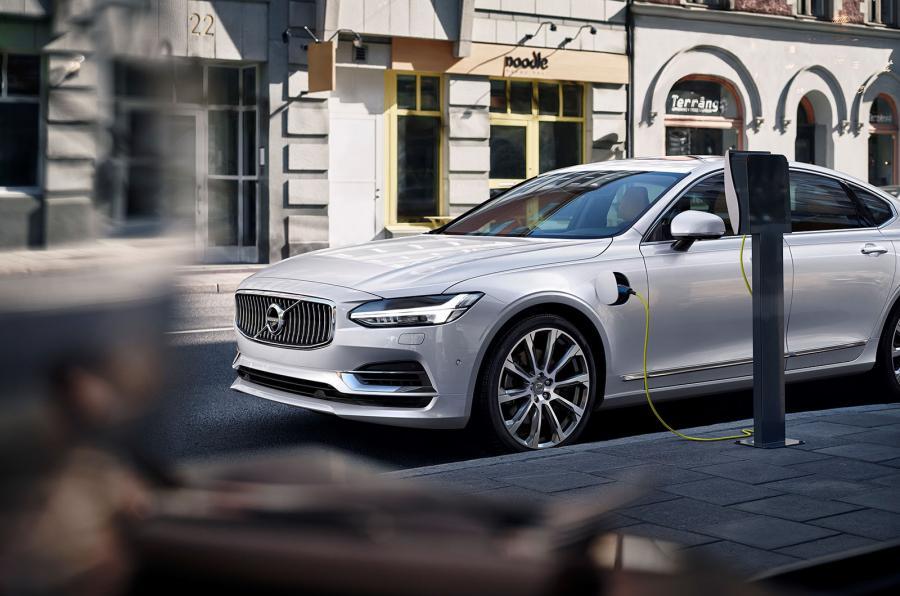 The Dutch proposal arrived a year after it joined the International Zero-Emission Vehicle (ZEV) Alliance, which aims to make all new vehicles use electric power by the year 2050. The country is already one of the fastest growing markets for alternatively fuelled cars, with nearly one in 10 cars bought last year using electric power.

The UK has seen similarly rapid levels of growth, although the overall number of sales for alternatively fuelled vehicles is comparably small.

There is an increasing contribution from hybrids and EVs to overall figures, though, which has taken place despite recent changes to UK government grant subsidies that mean cars that were previously eligible for grants of £5000 are now receiving as little as £2500 off their new list price. 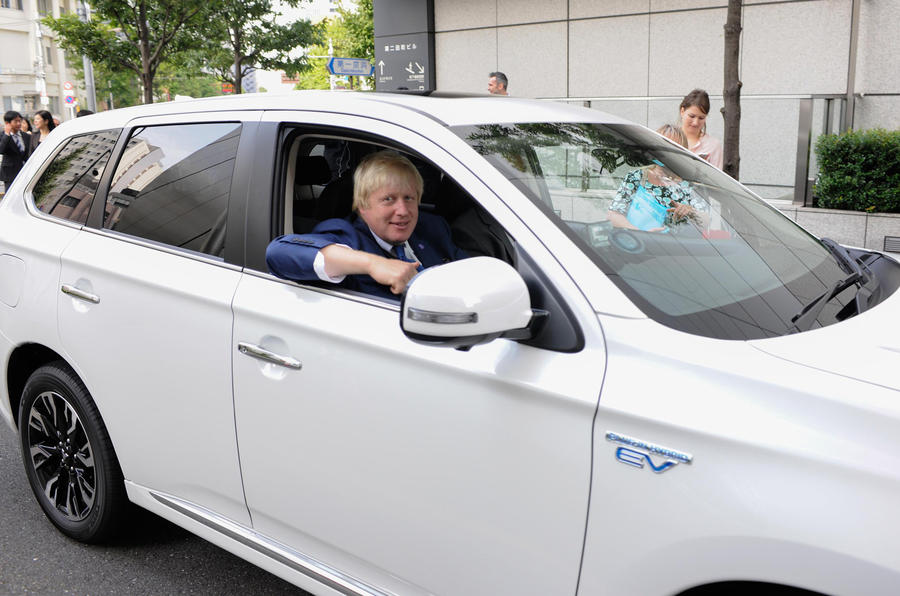 London is also only four years away from enforcing a permanent Ultra Low Emissions Zone (ULEZ), meaning all vehicles in the zone must meet strict emissions requirements. Nitrogen oxide and particulate matter from vehicles are expected to be halved as a result of the ULEZ.

With sales of alternatively fuelled cars on the up (Tesla’s new all-electric Model 3 received more than a quarter of a million orders in its first 72 hours on sale) and stricter enforcement of emissions limits, how long will it be until the combustion engine is either completely banned or priced out of the market?

To give us a better idea, we look at how other cities and countries are planning to tackle harmful pollution from cars.

The zone will cover the Congestion Charge area, which has been in place since 2003 and requires cars to pay a fee to enter it between 7am and 6pm, Monday to Friday, unless it’s a low-emissions vehicle.

In January 2016 a two-week car rationing trial was imposed on Delhi, meaning cars with even and odd number plates were only allowed on the road on alternate days. It was a response to alarmingly high pollution levels, but while the ban greatly improved the horrendous traffic in the city, there was little evidence to suggest it improved air quality.

As well as its latest move to ban petrol and diesel cars across the country, the Norwegian capital is planning to ban private cars from its centre by 2019. The move is part of Oslo’s new government’s plan to cut greenhouse gas emissions by 50% by 2020, compared with 1990 levels, and reduce automobile traffic by 20% in 2019 and 30% in 2030. More bicycle lanes will be built and electric bicycle purchases will be subsidised by the government as part of the scheme.

From January 2016, diesel cars built before 2001, and all cars pre-dating 1992, have been banned from the northern parts of the city within the ring road to improve air quality. Drivers face a €90 fine for driving a banned car in the area. It’s part of a strategy that will see €12 million invested to reduce the city’s pollution rate by 25%. Diesel cars built before 2005 could be banned by 2018, and more electric car charging stations will be built as part of the scheme, along with better bicycle facilities.

The ‘Hoy No Circula’ programme – which translates literally from Spanish to “today it [your car] does not circulate” and is known as No-drive days – restricts certain cars from driving depending on the last digit on their number plate and emissions level. In place since 1989, the scheme bans cars from driving between 5am and 10pm one day per week, while cars registered more than eight years ago are additionally banned from driving on alternate Saturdays.

Electric or hybrid vehicles are exempt from the rule, as are other vehicles that meet certain emissions requirements. Emissions tests are carried out every six months as part of the scheme. However, a study has shown that carbon monoxide emissions have risen by 13% since then and some people have got around the scheme by buying a second car.

For two weeks in late August 2015, five million cars were forced to drive on alternate days in Beijing and factory restrictions were implemented running up to China’s Victory Day Parade on 3 September.

On the day of the parade, many praised the rare sight of blue skies, and the city’s air quality index went down to a “very healthy” 17 out of 500, but shot up to an “unhealthy” 160 the day after when bans were lifted. During the two weeks of the restrictions, 40,000 construction sites were shut down and Beijing’s average levels of particulate matter were 73.2% lower than during the same time in 2014. There is no news on whether a similar ban could materialise in the future.

The wrong laws for the wrong reasons

If governments were truly attempting to reduce the pollution resulting from transport, they would tackle it by cutting it at source. The production of cars. They could limit the number of new vehicles a company would be permitted to sell each year, or they could limit the number of new vehicles a person could buy, to say one every ten years. They could also impose restrictions on the sizes of the vehicles a company sells so that they had to sell a greater percentage of small cars. With a sliding scale of taxes to favour drivers who keep older cars running to reward them for staving off the need for a new one. If charges were really being used to reduce congestion, their rates would not be set by emissions, but by vehicle size. A twenty-five foot low emission vehicle causes greater congestion than a twelve foot vehicle with a V16 engine. So a congestion charge should follow a pattern of a basic charge for vehicles up to say, twelve feet long, double the basic for vehicles up to fifteen feet, and six times the basic for vehicles over fifteen feet. But of course they do none of these things because the truth is that the current schemes and future proposals are plans by lefties seeking to gradually inflict ever more intrusive control over the populations of the various nations.
kayble1 7 June 2016

The headline for this story -

The headline for this story - and the Dutch one before it, got my hackles up. A ban on sales is quite a different thing to what is somewhat obviously being mooted by the headline.
spqr 7 June 2016

Should apply to all vehicles

not just private cars. Taxis, trucks, vans, buses etc are pretty much exclusively diesel powered and produce vast quantities of NOx, soot and other nasty chemicals but the (usually) socialist administrations that propose these sort of bans always focus on the private car buyer and not on public transport. It does make one question why they want to control the movements of a private motorist but not the commute who is on a set bus route with a set timetable. But putting aside conspiracy theories for a moment trucks, taxis and buses seem to be ideal candidates for electric power. Trucks are large and could carry big battery packs for long range, the electric motor provides instant low down torque so the truck can move off the line more easily than diesel and when it arrive at its destination a proper charging infrastructure would allow it to charge up for the trip home. Buses are much the same with the added advantage that they could have a super-charger point at the terminus of each route. Taxis spend a lot of time parked at taxi ranks and the journeys are usually short. A network of chargers at the taxi ranks could keep their batteries topped up for most of the time. If commercial vehicles and public transport are forced to go electric then emissions would fall dramatically in cities and air quality would improve possibly without the need to vilify the private car buyer.
View all comments (16)