BACK TO ALL NEWS
Currently reading: Greatest road tests ever: Rover P6 3500S
UP NEXT
How Max Chilton and the McMurtry Speirling conquered Goodwood

We were already fans of the P6 V8, but it was hamstrung by a mandatory torque-converter auto. The S model’s manual ’box perfected the recipe.

The four-speed manual gearbox from the 2000 was strengthened for the 3500S and a revised exhaust system slightly increased power over the auto. The manual, like the auto, used two SU carbs to feed its aluminium-intensive V8.

The supple ride was in line with the 3500S’s overall refinement and variable-ratio steering worked nicely. Roll was quite pronounced and the car generally understeered but it could be coaxed into a controlled powerslide.

Seating was nicely adjustable and supportive, and the instrumentation excellent. Fit and finish was superb both inside and out, and a narrow boot was our only interior complaint. 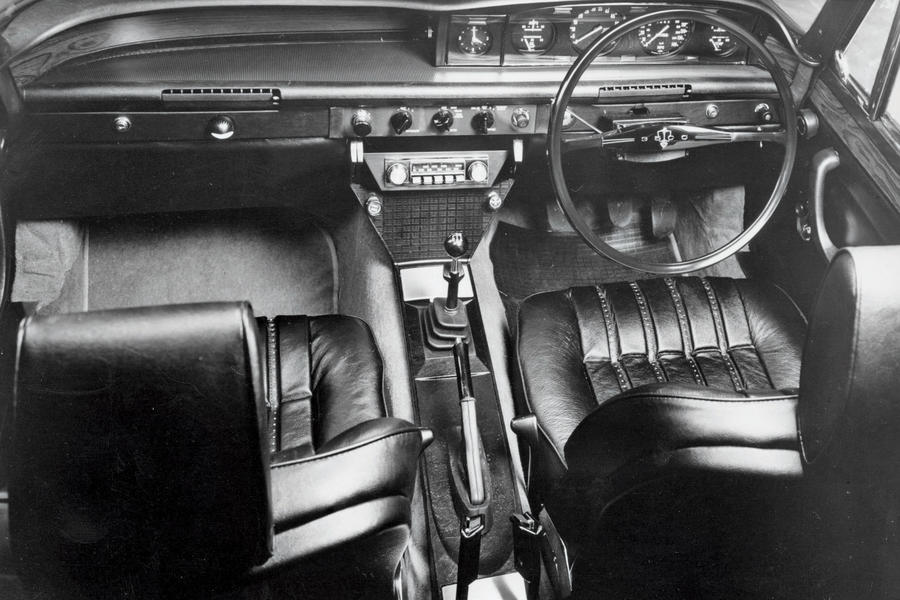 I sold quite a few of these when they were new -back in the day.

They seemed pretty quick (if a little wallowy) at the time..... the 0-60 time looks preposterous now though.

The boot was a bit limited due to the spare wheel taking up a chunk of what was essentially a narrow car (you couldnt seat 5 unlike Jags and Triumph 2.5's which housed the spare wheel under the boot and were wider cars). A few paid for the option of the boot lid mounted spare wheel, but this looked ridiculous and made lifting the bootlid onerous - not to mention depositing sticky residue all over the bootlid paint.

The P6 safety features were fantastic for the time....the only thing I really didnt like about them was the super skinny steering wheel!

The Police loved them!