BACK TO ALL NEWS
Currently reading: Greatest road tests ever: Mercedes-Benz 300SL-24
UP NEXT
How Max Chilton and the McMurtry Speirling conquered Goodwood

Back in 1990, we drove this sought-after roadster for the first time
Open gallery
Close

Despite its stratospheric price, the R129-gen Mercedes-Benz SL had a thre-eyear waiting list when we tested the six-cylinder automatic in 1990. But we couldn’t quite understand why.

The 300SL-24 auto used the world’s first five-speed self-shifter. It employed an extra planetary gear set as an overdrive ratio and worked beautifully with the exceptionally smooth 24-valve straight six under full throttle. But while urban slushes were seamless, there was a marked kickdown delay. The brakes were tireless, though.

Grip was impressive, and lift-off oversteer showed the chassis had a rare agility, but power slides were wrested from the driver by traction control that braked individual rear wheels and subdued the throttle. The steering was direct but lacked the feel and weight to do the chassis justice. The ride was superb, though.

The plush, ergonomically sound cabin wanted for driver leg room and rear-seat space. Only with the hard top in place of the canvas roof did the SL avoid excessive wind noise. 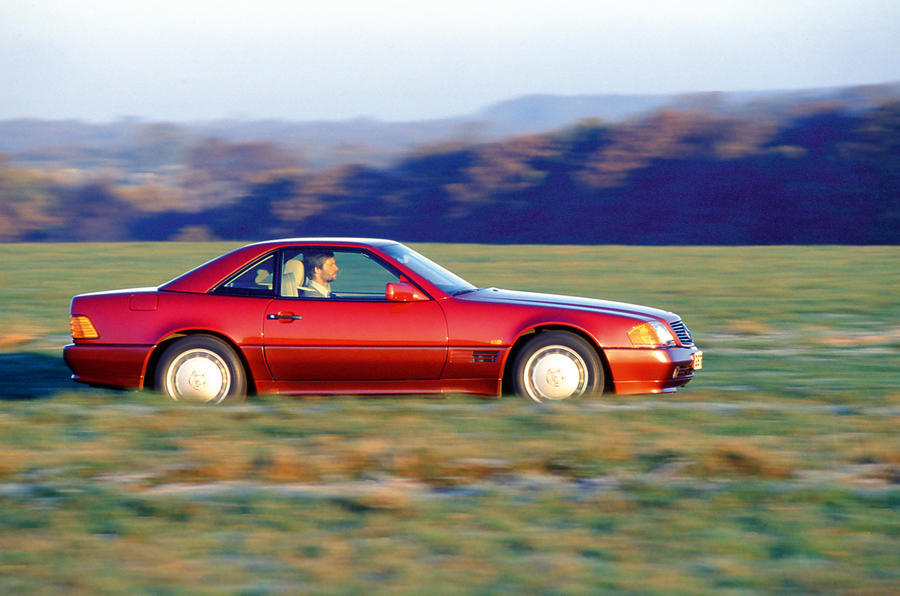