BACK TO ALL NEWS
Currently reading: Are semi-autonomous systems making cars safer?
UP NEXT
New 2021 Audi Q4 E-tron is premium-focused VW ID 4 sibling

The question I’m asked the most is also the most simple one,” says Matthew Avery, director of insurance research at Thatcham Research. “‘What is the safest car on the road?’ I’m beginning to think the answer is a white Ford Fiesta,” he says, nodding at a pretty convincing mock-up of the very same car parked on the runway ahead of us.

The ‘Fiesta’ in question is made of flexible, detachable plastic panels quite loosely fixed onto a moving base that looks like an oversized speed bump. It is, in fact, a robotised mobile target, with wheels hidden away underneath it and a top speed of around 15mph. And Thatcham has been using it to design, develop and prove a new batch of tests for the latest active safety and crash mitigation and avoidance systems fitted to new cars. 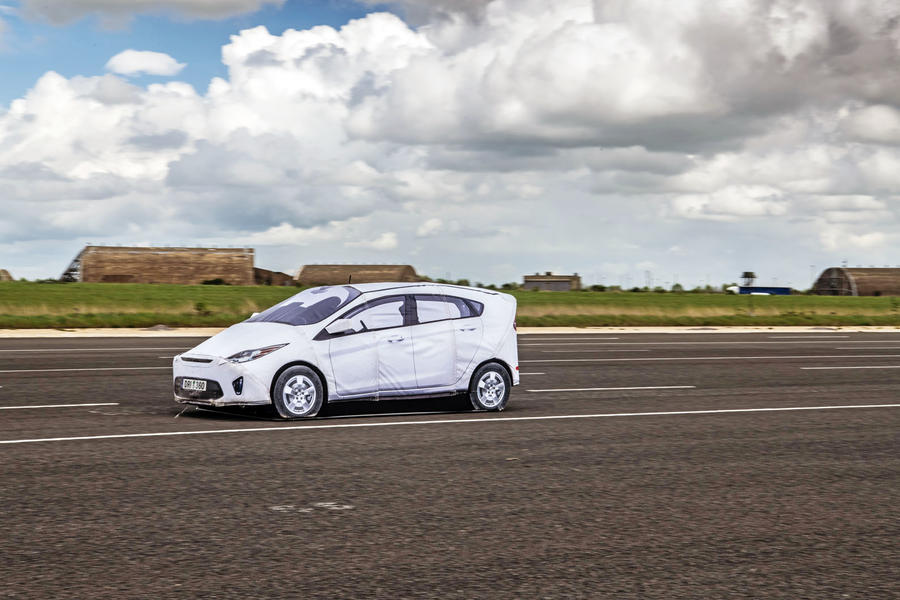 “These systems use stereo cameras, radar sensors and sophisticated image processing software to recognise threats before responding to them,” says Avery. “People might think we could simply drive at a pile of empty cardboard boxes to test an AEB [autonomous emergency braking] system on a car, but they’re not so easily fooled.

“The industry’s software engineers tell us that we have to use realistic targets in order to trigger the systems properly. So I wouldn’t be at all surprised to find out that those systems end up being particularly good at recognising white Ford Fiestas,” he adds, joking, “because that’s the kind of car our target happens to look like.” 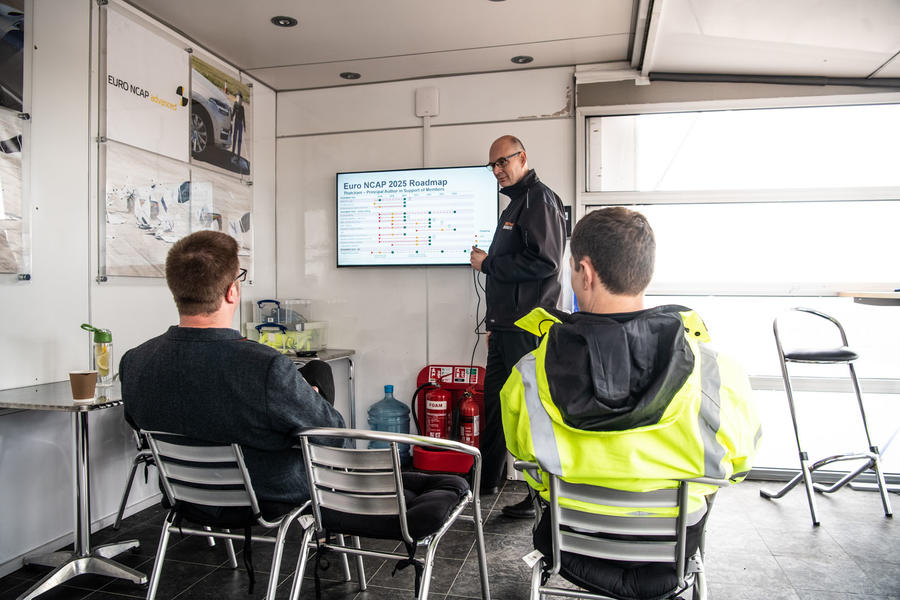 We’re with Avery and his team of research engineers to get a taste of exactly what kind of tests of these assisted driving technologies Thatcham has been devising, because they’re due to become a parallel part of Euro NCAP’s new car safety testing regime later this year.

Founded in 1969 by the insurance industry, Thatcham is now a signatory member of Euro NCAP. “Twenty per cent of the total Euro NCAP safety score that a new car gets today is defined by the effectiveness of its driver assistance systems,” says Avery, “and you already get a 10% discount on your insurance if you choose a car with AEB.”

The industry picture we’re looking at now, as Avery explains it, is one in which almost every major car manufacturer is fitting what we call ‘SAE level two’ driver assistance systems to their cars: lane keeping systems that will work to prevent you from changing lanes into the path of another car, for example, or adaptive cruise control systems that not only recognise the current speed limit but can also automatically adopt it. 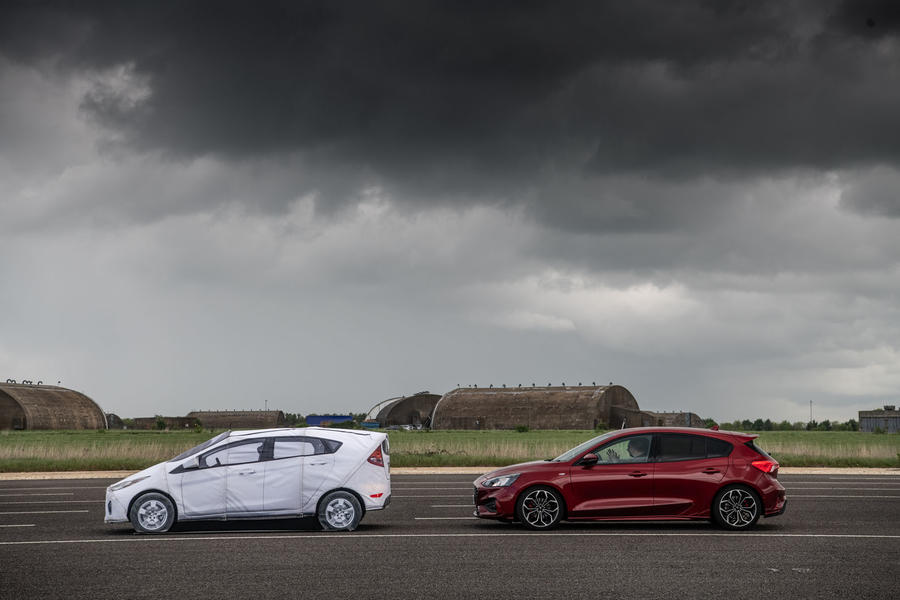 “But they’re all very different,” says Avery, “so there’s a real need to assess the effectiveness of them in a strictly objective sense [for which Thatcham has come up with meticulously repeatable tests done by robots] but also how sensitively they’re tuned, how well they’re integrated into the driving experience and how usable they are.”

We’re about to get a firsthand idea. Having earlier run through an S-bend marked on Thatcham’s proving ground runway as if on a particularly windy dual carriageway to show how it tests lane keeping systems, we’re now motoring towards our plucky fake Fiesta at 50mph in a Volvo V60 as if we’re about to undertake it on the motorway. The Ford pulls into our lane at the last minute, as part of what Thatcham calls a ‘cut-in’ test – something most of the models in its first fleet of test cars apparently struggle to negotiate satisfactorily. Sure enough, the V60’s AEB system fails to detect the threat and the Volvo thumps through the target’s deformable plastic panels and rips them clean off. 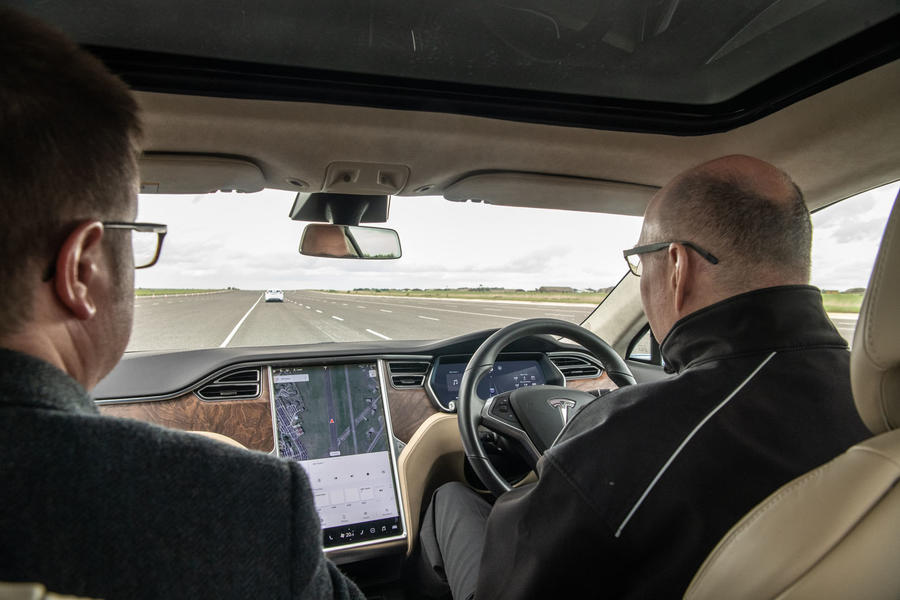 “The best cars we’ve tested have balanced driver support systems,” says Avery. “They don’t feel like they’re driving themselves, keeping the driver fully engaged; they don’t break in and out abruptly or ‘throw control over the fence’, as we refer to it – but they do provide a dependable, robust amount of assistance. Not too much and not too little.”

Our man is very clear, too, on the need for that kind of system tuning in the most relevant technological context in which the car industry now finds itself: the sweep towards fully autonomous driving.

“Our research suggests that there is already a sense among today’s drivers that their cars are ready to drive themselves – but, right now, they’re anything but,” he says. “If assisted driving technologies encourage drivers to disengage at the wheel – and one or two of them already are – we could see road safety statistics suddenly get a lot worse when you would reasonably expect them to be doing the opposite. 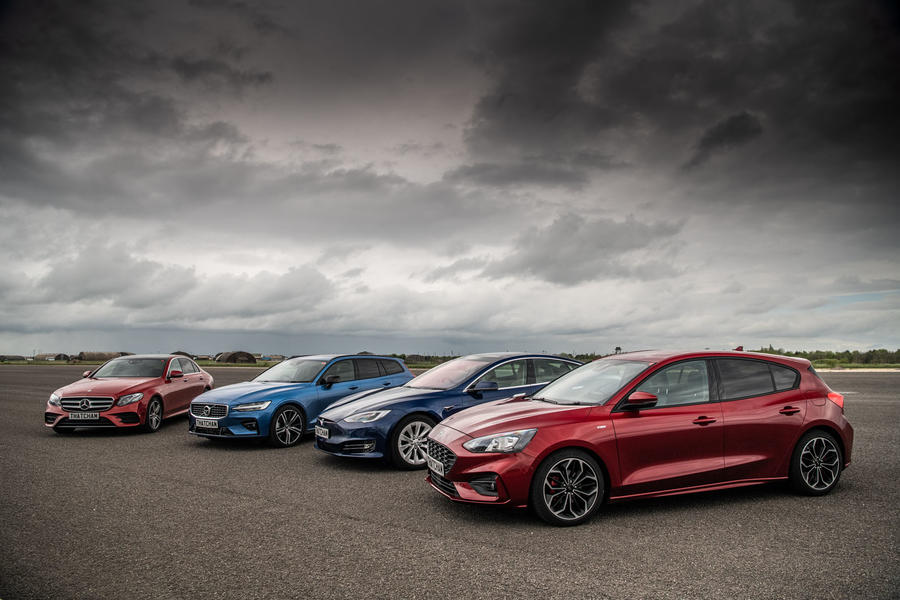 “And so, for safety reasons if nothing else, we need to stop thinking of autonomous driving technology as if it’s already fitted to the cars we’re buying. I’d be in favour of changing our terminology: throwing out the SAE’s five-level classification for autonomous cars and instead putting clear blue water between the ‘assisted driving’ technologies of today and the properly automated systems we’ll only begin seeing in 2021.”

There is no safe halfway-house solution for the self-driving car, as Avery sees it. We either have full automation, when the technology, road network and drivers are ready – or we wait until they are. And until then, we plainly need to keep drivers informed and clear about their role at the wheel.

Some automatic braking systems have proven to be ‘ineffective’​

What about the human?

I'd like cars to start assessing their drivers. Good drivers would not notice this but bad drivers would get a lot of nagging and intervention. They might even be reported for their bad driving by their car. Or the car could prevent really anti-social driving by parking itself and shutting down until the driver/owner goes through a process of re-training.

Man this title is stupid clickbait

Of course cars are safer WITH autonomous braking. Do they work in evey situation ? no.  Is that a negative when it saves thousands from crashes? hell no.

My E class brought me to a complete stop 1 year ago, avoiding a crash. It saved my life.  The question we should be asking ourselves is " How good are these systems , not IF they are good "

Man this title is stupid clickbait

Of course cars are safer WITH autonomous braking. Do they work in evey situation ? no.  Is that a negative when it saves thousands from crashes? hell no.

My E class brought me to a complete stop 1 year ago, avoiding a crash. It saved my life.  The question we should be asking ourselves is " How good are these systems , not IF they are good "