BACK TO ALL NEWS
Currently reading: Metals giant completes on Williams Advanced Engineering deal
UP NEXT
2025 Volkswagen ID 1 is Spanish-built, £17,000 entry EV

WAE, founded in 2010 as an off-shoot of the late Sir Frank Williams' eponymous Formula 1 team, provides engineering, technology and design to firms across the automotive, motorsport, aerospace and defence industries and will remain an independent company.

Its acquisition by Fortescue from Williams Grand Prix Engineering and EMK Capital "brings together leading thinkers and engineers into one organisation to drive progress and combat climate change, enabling Fortescue to become a major player in the growing global market for green industrial transport equipment".

Fortescue aims to achieve net-zero carbon-neutrality by 2030. Instrumental to this goal will be the introduction of cleaner propulsion systems for its 1.9-mile-long freight trains, 400-tonne quarry trucks and heavy plant machinery. The company's mining fleet currently burns through 400-450 million litres of diesel per year.

One of the first projects planned as part of the deal is the development of a battery-electric train, a set-up that Fortescue describes as an 'infinity train'. Using gravitational energy to recharge its battery, it could see the train make the return trip with no additional charging needs. 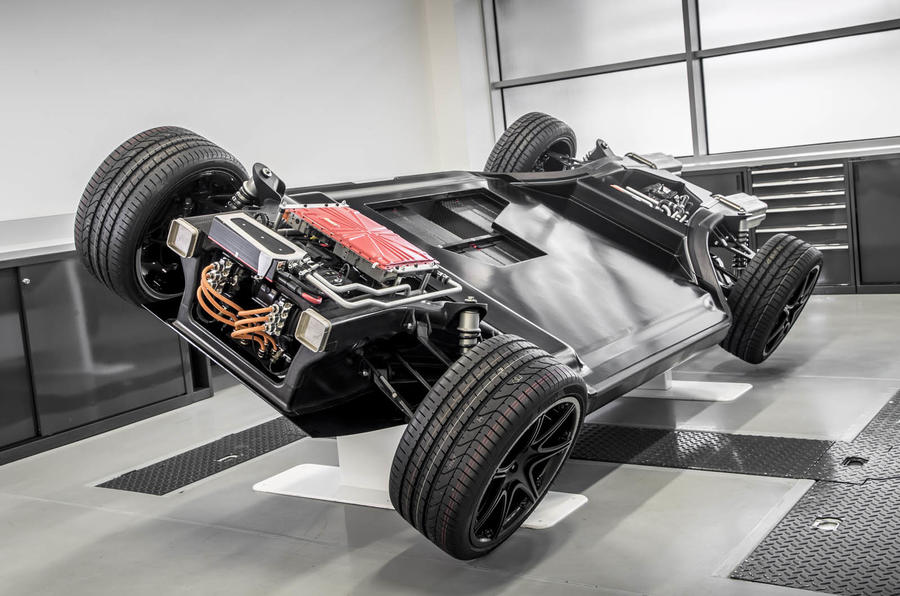 Fortescue and WAE have been working together for nearly a year to develop a battery for an electric mining truck. This could be instrumental in reducing emissions across the heavy industrial sector, which Fortescue says accounts for more than 20% of global carbon emissions.

Fortescue is also exploring the use of "green electricity, green hydrogen and green ammonia" as a means of enhancing the sustainability of its global fleet.

WAE CEO Craig Wilson said: "High-performance battery and electrification systems are at the core of what we do at WAE, and this acquisition and investment will enable the company’s further growth to support the delivery of zero-emissions products and services across existing sectors – such as automotive, motorsport and off-highway – and new sectors, too.

"This will benefit all of our stakeholders, along with current and future customers, who are very important to us.

"My thanks also to EMK Capital for their support during the past two years that has enabled us to accelerate the successful progress of WAE and development of technologies to help tackle climate change."

WAE says it will continue to "service its existing customers and commercialise new technology opportunities" alongside its work with its new parent company after the acquisition is completed in March.

It has got rid of the private equity/vulture capitalist part ownership which has to be good. I expect there is good potential growth for Fortescue and oportunities for Dorilton Group.

jason_recliner 24 January 2022
FMG is rapidly becoming one of the bigger players in hydrogen fuelled transport. XXXX and other fools, watch this space.
close