Jaguar Land Rover has posted a pre-tax loss of £455 million in its latest financial year report, laying bare the effects of the semiconductor shortage.

That figure includes a £43m exceptional charge relating to the firm's operations in Russia, where the firm paused sales in March in the wake of the country's invasion of Ukraine.

Revenue for the year was down 7% year-on-year to £18.3 billion as a result of the firm's output being throttled by a lack of the crucial computing chips.

Last year, by contrast, Jaguar Land Rover posted a £662m overall profit, but around £1.5bn in expenses relating to its Reimagine transformation strategy sent it to an overall £861m loss.

That's despite a late increase in wholesales by 11% in the final quarter, and retail sales dipping just 1% in the same three-month period. This growth, JLR notes, was offset by the end of production of the popular previous-generation Range Rover, limiting revenue growth to just 1%, at £4.8bn for the quarter.

However, the firm notes a dramatic increase in the proportion of electrified vehicle sales - whether pure-electric, plug-in hybrid or mild-hybrid. These accounted for some 66% of its overall sales, up from 51% in 2021. 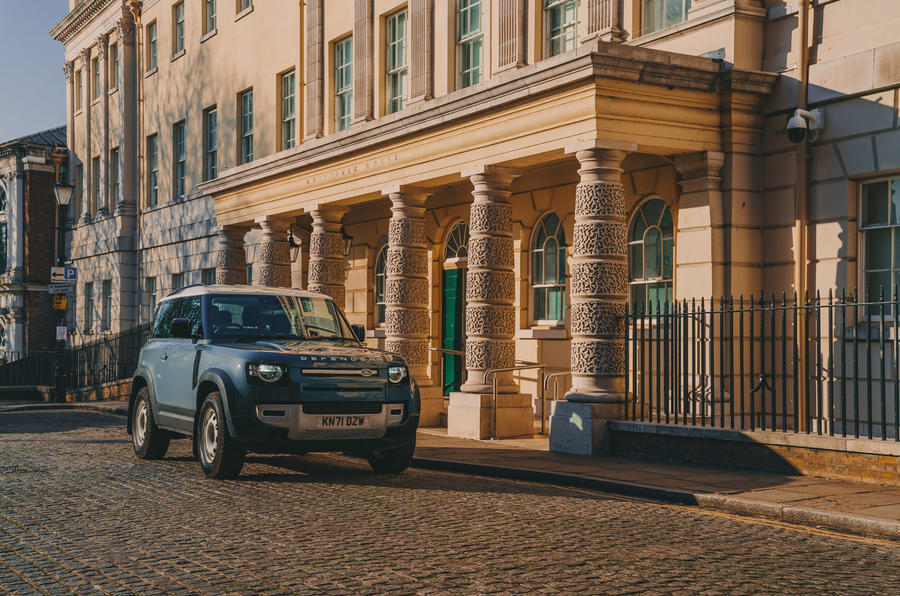 Importantly, JLR says Russia and Ukraine – markets in which it is currently not selling vehicles – usually account for around 2.5% of its sales. It says it does source "a relatively small number of parts that are sourced from the affected countries" but "it is too early to say how future commodity supply and pricing could be impacted".

JLR expects a "gradual improvement" with regard to the semiconductor supply shortage throughout 2022 and into 2023. But it says its volumes for the first quarter will be impacted by Covid lockdowns in China – a crucial market – and the changeover to a new generation of its highly popular Range Rover Sport.

It says it is possible this volume reduction will result in a pre-tax loss and negative cash flows, but anticipates improvement thereafter, leading to a projected 5% operating margin and £1bn in positive cash flow for the financial year.

The firm is still striving to achieve a 10%-plus margin by financial year 2026 and 'near-zero net debt' in the 2024 financial year.

CEO Thierry Bolloré said: "The environment remains difficult in light of the global chip shortage and other challenges. However, I’m encouraged by the continuing strong customer demand for our products, highlighted by a record order book.

"And we are continuing to execute our Reimagine Strategy with exciting new products like the Defender, New Range Rover and just announced New Range Rover Sport while we are rapidly progressing our plans for a new generation of electric vehicles with our all electric Jaguar strategy and BEV first EMA platform for new Land Rover products."

Following the launch of the new Range Rover and Range Rover Sport in 2022, Land Rover will finalise development of electric versions of each for launch in 2024 and four more EV models by 2026. Meanwhile, Jaguar will not launch any new products until 2025, whereupon it will be relaunched as an all-electric luxury marque.