BACK TO ALL OPINION BLOGS
Currently reading: What should be done about qualifying in modern racing?
UP NEXT
Matt Prior: The Honda that's not quite jazzy enough

What should be done about qualifying in modern racing?

What’s the best way to set the grid for a race? It’s a question that several series are grappling with at present and cuts to the heart of the debate over whether motorsport is a sporting contest or entertainment product.

In Formula 1, there’s much debate over the new Sprint qualifying races, and it’s a talking point in Formula E, which uses a much-criticised multi-session format that handicaps the front-runners by forcing them to run when track conditions are least favourable.

There’s an unresolvable tension to qualifying, especially in an age that calls for the session to be compelling viewing. Putting the fastest driver at the front is the best way to reward performance but generally comes at the expense of entertainment for the race: imagine giving the fastest qualifier for the Olympic 100 Metres final a headstart. But what are the alternatives?

You could scrap qualifying entirely. In grand prix racing’s early days, grids were drawn at random. It wasn’t until 1933 when the grid was first set by lap times in practice. A lottery would be democratic but unfair: imagine if two drivers were locked in a title battle at the season finale, then one was drawn on pole, the other 20th.

What about the system that Nascar has adopted since the start of the pandemic? At all but a handful of key races, the grid is set by a formula that incorporates championship positions, results and lap times from the previous race. While it means the in-form drivers tend to start near the front, the lack of practice means there’s often early shuffling. But then qualifying is a key TV event, which is important for teams, sponsors and broadcasters...

Frankly, I don’t think there’s much wrong with F1’s current system, with the exception of the bodged ways F1 bosses have tried to mix up the starting order through the liberal use of grid penalties for incidents or part changes. It’s stupid when the starting grid so often differs from the qualifying order due simply to a bunch of tedious penalties.

Ultimately, if F1 bosses are set on changing the formula, they need to fully embrace it. Sprint qualifying isn’t a bad idea, not least because it creates an extra TV event with Friday evening qualifying. But it’s hamstrung by only having a handful of points on offer, in a move to appease traditionalists. Drivers have more to lose than gain, with little incentive to try risky moves. If the Sprint winner were given 10 points, rather than three, I suspect we would see more action.

Would that detract from the grand prix? Perhaps, but I doubt those gunning for a win would battle any less fiercely. They’re racing drivers, after all. So, what is the best way to set the starting grid for a race? I would be fascinated to hear your thoughts.

How it works: Car numbers in Formula 1

Did you know that a Formula 1 driver’s race number must be “clearly visible from the front of the car” and on his helmet? It says so in the sporting regulations. What’s the point of the latter requirement, given that the halo safety bars block our view (while of course serving a vital purpose)?

Since 2014, F1 drivers’ numbers have been permanently allocated via ballot, meaning they can choose one that has some personal meaning. The idea was influenced by MotoGP legend Valentino Rossi, for whom #46 is a trademark. The rules state that “a driver’s career in F1 will be deemed to have ended if he does not participate in an event for two entire consecutive championships”. Kimi Räikkönen will retire at the end of this season, which means his number seven (lucky for some, especially Barry Sheene, but picked by Räikkönen simply because it was the number he had the season before!) will become available in 2024. Any takers? 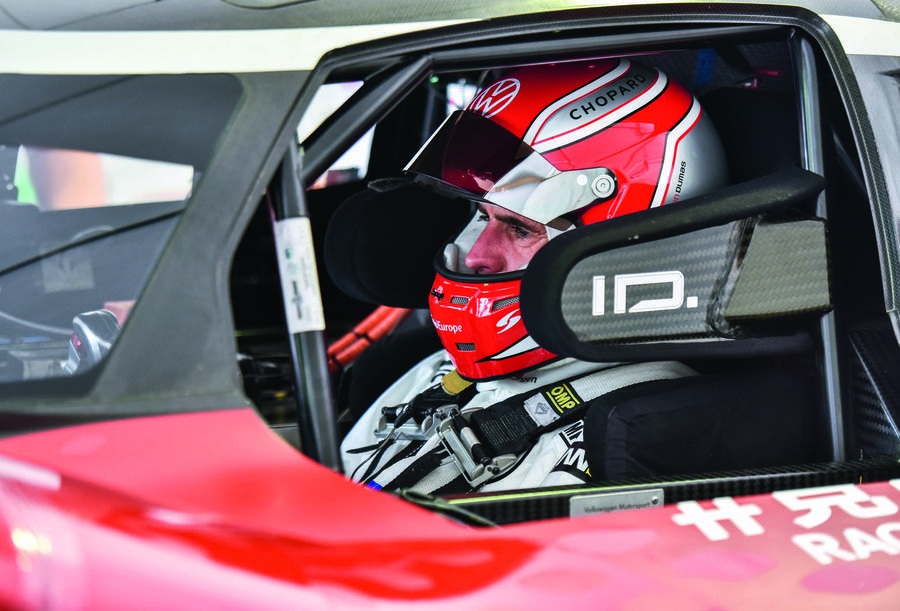 Winner of the Le Mans 24 Hours, Spa 24 Hours, Nürburgring 24 Hours and Sebring 12 Hours, outright record-holder at Pikes Peak and the Goodwood Festival of Speed, EV lap-record-holder at the Nürburgring and 2021 St Mary’s Trophy winner in a Ford Thunderbird, Romain Dumas is the sort ofdriver Sir Stirling Moss would appreciate, because he’s had a go (and been quick) in just about everything.

The 43-year-old Frenchman has also scored a World Rally Championship point and is a veteran of four Dakar Rallies. In fact, he credited his off-road experience as the key to manhandling the wayward and hefty saloon on his Revival debut. He also came second in the all-Mini John Whitmore Trophy and took pole position for the RAC TT Celebration in an AC Cobra, losing victory only because of a time penalty for a driver-change infringement.

There should be sprint races for all qualifying and grid positions for the sprint should be set by reverse championship places so the Championship leader is last on the grid but gets the chance to improve position by overtaking in the sprint. No points available.

This system would have a self levelling effect meaning the championship is wide open and no-one can run away with it, but the fastest car/driver should still win the championship.

F1 needs a whole shake up.  I used to be a huge fan, attend various races, read up on latest team/car changes.  Even people at work would discuss the race highlights on a Monday.  Now? I haven't watched a full race for years, maybe the odd F1 Channel youtube highlights.  I couldn't tell when you when anyone last mentioned F1 (and I'm in an automotive supplier!).

Agree that a plethora of qualifying penalties spoil many races and sometimes championships. In a period of budget caps why does it matter if a team uses ten engines, it will have to sacrifice in some other area.If there is a need to punish driver infringements, apply the punishment to the race they occur in, by applying finishing place penalty, not an often ineffective time penalty.