BACK TO ALL OPINION BLOGS
Currently reading: Cropley on cars: a classic way to kick off a new year
UP NEXT
Opinion: Why the Festival of the Unexceptional is an annual highlight

Cropley on cars: a classic way to kick off a new year

The New Year’s Day Classic Gathering at Brooklands is a must-visit, especially if you happen to drive there in a Ford Capri
Open gallery
Close

Over the past few years I’ve learned that there’s absolutely no better way of indulging your hopes for a great new motoring year than joining the huge throng of classic car lovers at Brooklands, the world’s first purpose-built race circuit, near Byfleet, just inside London’s orbital M25 motorway.

Well over 1000 cars always show up – conforming to no rules other than that they can get to the venue under their own steam and are at least 30 years old – cand the variety is amazing. This year’s event was extra special, because the restoration and relocation of Brooklands’ famous Wellington hangar, plus the opening of various new museum buildings, both cleared the former Finishing Straight for more classic cars to be displayed, and provided a new drawcard for the event’s 5000-plus walk-in visitors.

Everything went perfectly. But for the odd spot of rain the weather was stable, which induced many people to drive long distances from all points of the compass. One Reliant Scimitar owner I met arrived early from Dumfries, having driven all night. He’d driven past a dozen smaller events closer to home for two powerful reasons: “a duty” to support this mother of all racing circuits, and a desire (knowing for certain there’d be other Scimitars on site) to hobnob with like-minded owners. Another bloke drove from Plymouth on a 1930s Ariel 350cc motorbike. 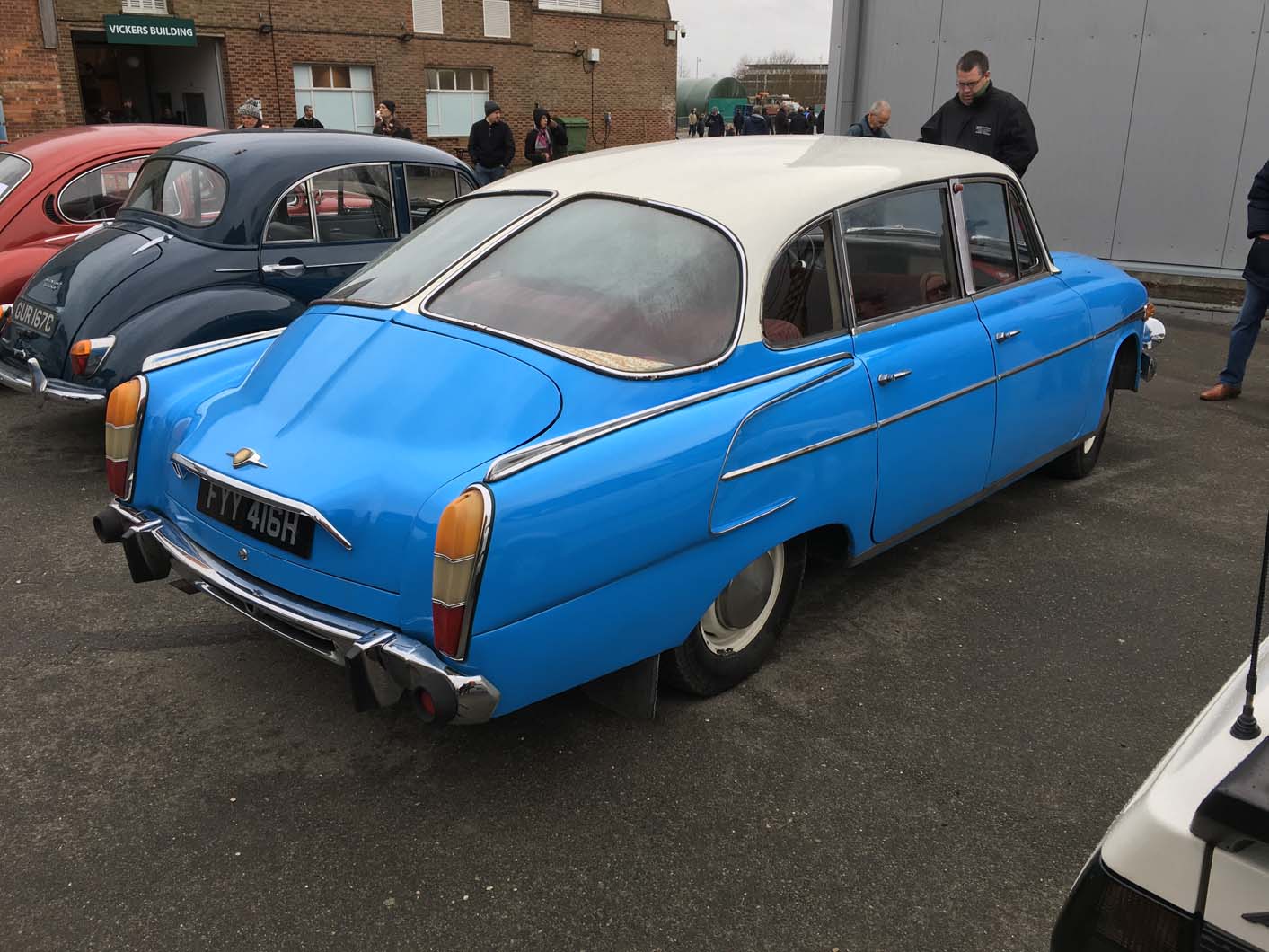 Best of all was the sheer variety of cars. Sure, the usual Jaguar Eagle E-Types and Healeys were there, but the audience was of a mind to admire rarer stuff: fit-looking Minxs and Austin Maxis, a superb 1960 Panhard saloon, a couple of two-stroke Saabs, a sky-blue 1970 Tatra saloon (complete with rear-mounted air-cooled V8 engine), and a crazy, turbocharged A-series Mini with so much plumbing crammed in its engine bay that the bonnet wouldn’t fit and the reg number had to be printed on a huge oil cooler slung between the headlights.

My own entry was the last-ever iteration of the Ford Capri 2.8i, officially known as the 280 but unofficially as the Capri Brooklands. It came complete with lovely leather Recaro buckets, British Racing Green paint and tasteful coachlining. A loaner from Ford’s Dagenham-based Heritage Collection, this machine narrowly beat the 30-year cut-off with a 1986 manufacturing date and was soon joined in the line-up by elegant earlier models.

For various reasons I finished up doing around 250 miles in this 32-year-old car, which started off by seeming excessively crude, what with the stiction in its clutch cable and its distinctly poor brakes, entirely lacking the initial bite we’ve become used to in modern Ford systems. 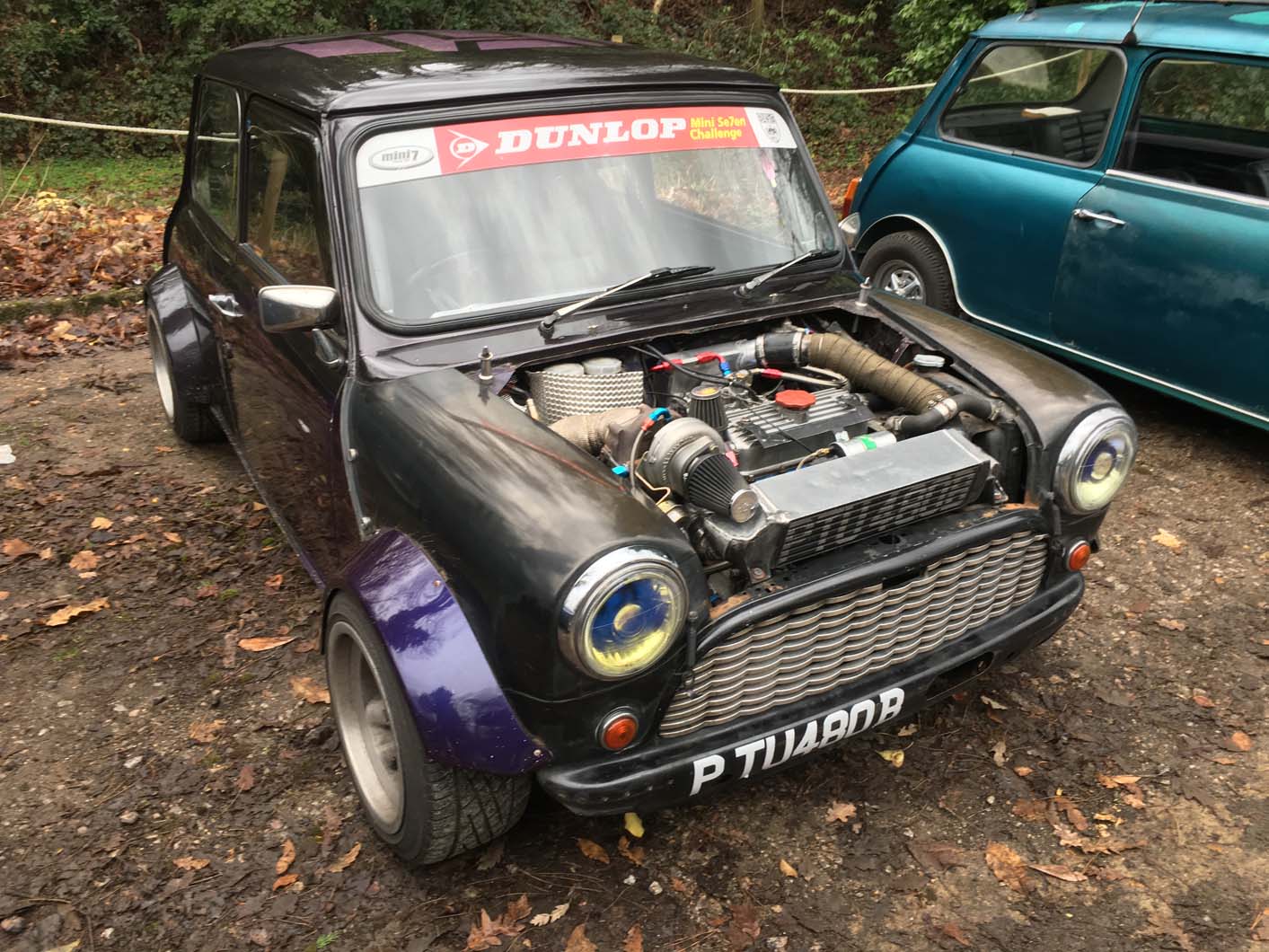 Yet as the miles mounted, I came to like and then positively to love the old thing. By modern standards it’s low, compact and perfectly sized, with near-perfect seats and a driving position that proved its comfort over several hours. (Importantly, these things pleased the Steering Committee as much as me). The steering’s weight, accuracy and gearing seemed just right for such a car, the engine had proper old-time poke and a period exhaust note to go with it, the gearchange was smooth and the overall gearing gave the car properly long legs, which meant it covered the ground as well as a many a modern.

When I arrived home, having taken the Capri back to its Ford corral, I spent half an hour hunting the web for Capri prices. My immaculate 30,000-miler would surely cost £25-30k today, but good 2.8i V6s are around at half that, which seemed cheap. It’s days like these that sell you on the idea of owning a capable, practical classic…

I wish somebody brought a

I wish somebody brought a Panhard CT/BT 24 instead - one of the loveliest looking cars of that era.