From £20,1007
VW brings a more powerful engine to its most compact crossover, pushing the price towards that of bigger rivals
Open gallery
Close

It’s a big engine in Wolfsburg’s smallest crossover, the Volkswagen T-Cross. Although big (it’s only a 1.5) is relative in family car terms these days.

This Volkswagen is among our favourite small crossovers, being pleasant inside and tidy to drive. So far it’s been available with a 1.0-litre petrol engine in a couple of flavours, and a diesel that few people buy.

Now, though, it gets a 1.5-litre turbocharged petrol unit making 148bhp, driving the front wheels, exclusively through a seven-speed dual-clutch automatic gearbox.

This one comes to us in range-topping R-Line trim, which means it looks a bit sporty but isn’t really, though it has 18in wheels; quite big for a small car. At 4.1m long the T-Cross is just a smidge longer than a Volkswagen Polo, though in 1.5 R-Line trim that doesn’t stop it having a pre-option price of £27,785. 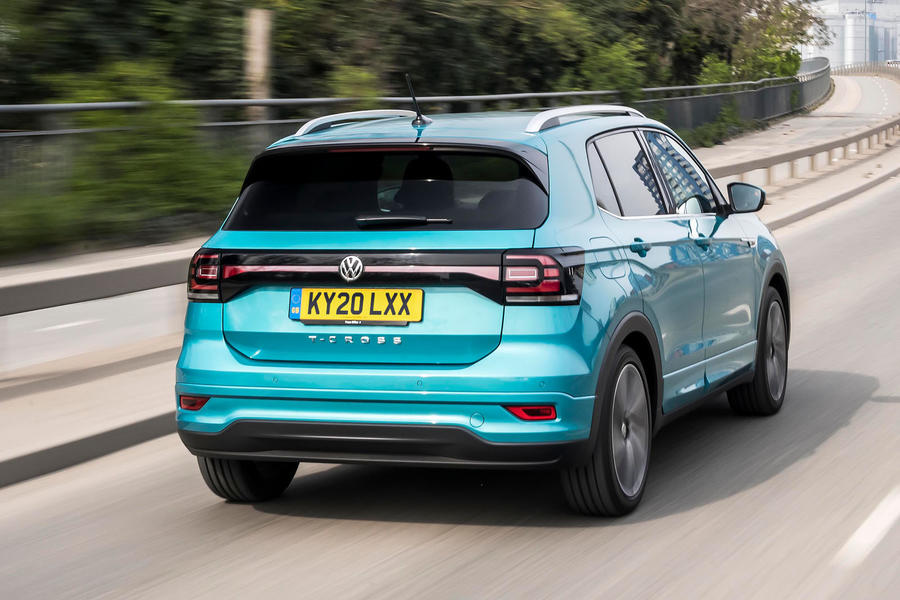 Inside, the T-Cross can win you over quickly. All of the materials have that very VW-look where they appear solid. It’s when you go poking them to see if they’re soft that it lets you down – only the door armrest and the obvious touch points – wheel, handbrake – have a soft feel to back this up. Elsewhere, especially in the rear, they feel more scratchy.

On R-Line versions there are digital instruments and an 8in central touchscreen that’s given a bit too much to do, although climate controls remain on real buttons, thankfully, and it only takes two quick steering wheel button pushes to disable or enable the lane keep assist.

I didn’t find it as easy as usual in a VW to get a good driving position. With the seat low the front of the squab is high and the wheel didn’t reach far enough to prevent the top section of it being a straight-arm stretch, unless the seat back was too upright. I don’t think competitors are necessarily better, but it’s worth checking it works for you. Rear room is good – the rear bench slides and plays off against boot space too.

And to drive, it’s fine. Motorway stability is good, the steering has a sophisticated, accurate and responsive weight, with jus the ‘right’ amount of self centring and directness. A Ford Puma is more alert, a Kia Xceed (a slightly longer car) a bit more chilled.

The rear suspension is a torsion beam and the dampers passive. The ride is mostly pliant enough, but I think it’d cover surface imperfections with less thudding on smaller tyres/wheels than the 215/45 R18s it comes with – there’s a 205/55 R16 spare under the deep boot floor and I imagine it’d be much nicer on four of those.

The engine’s quiet and smooth but unenthusiastic if left in full auto mode. Legislative forces at work – the 95g/km range average CO2 target is incoming, this car exceeds it by 50% already and if it was overtly peppy it’s be worse still. So the DSG really tries to lug things out in a high gear, reluctant to kick down and making progress treacly unless you’re insistent with the throttle. You can take control of the gears yourself, mind.

Last week I tested an Audi A3 with a very mild hybrid system attached to this drivetrain, which improved things because it electrically filled the torque gap at low revs – it also stop-started much more smoothly. I haven’t tried the 113bhp 1.0-litre on offer but m’colleagues say it’s an enthusiastic powertrain, so if you can try both, do. 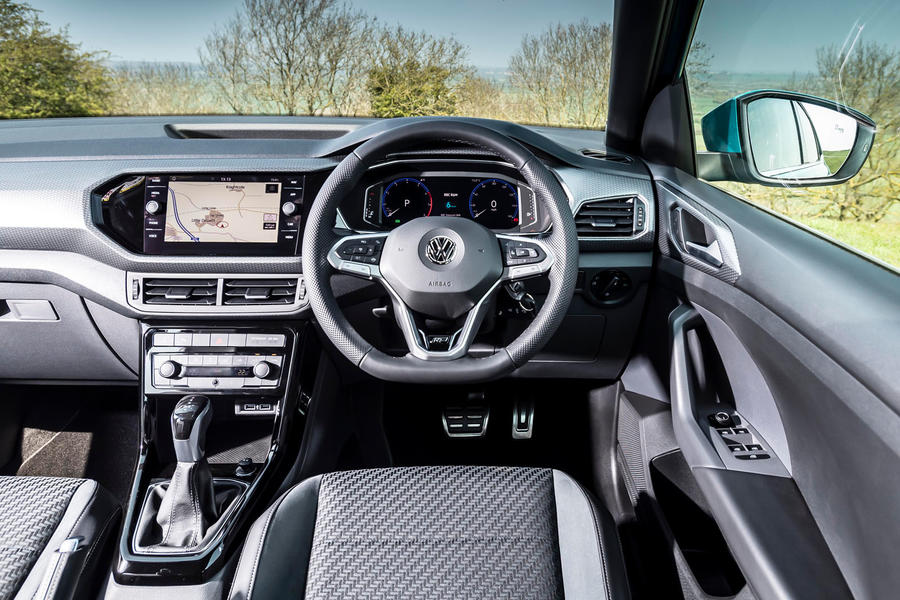 The T-Cross remains a classy car in this market but the Ford Puma recently moved the driving experience onwards, while I’ve got a soft spot for the Kia Xceed, which drives with a fine blend of comfort and engagement in its lightest-engined, small-wheeled form. Both are longer than the T-Cross – the XCeed particularly – which could be more or less appealing, depending on your outlook.

But for me, the T-Cross remains at its most compelling lower down the range than at a level that brings such competitors into the mix. 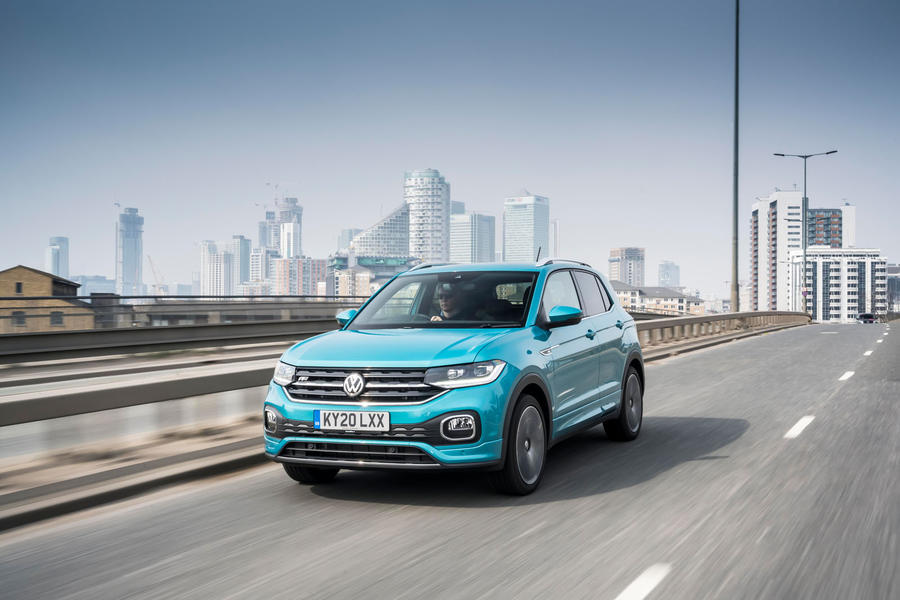 I would like to verify that a 1.5Evo was used in the test?

The registration on the car images is for a Skoda.

Me and My wife actually own a T-Cross 1.5Evo and yes its the R-Line.

It was ordered days into the release, and was a special order from the factory.

It took some ordering because the VW UK ordering system was still being updated.

We have only had the car now for a month and it was extremely hard to get registered and insured with it being the first and only one in the UK.

Hence, was the car tested a 1.5Evo T-Cross R-Line?

Hi friends, i left mf russia in dec last and via freece ended up in poland. Bought a banger 2003 A6 combi tdi. 1000 euro only spent another 500 with new rear brake hubs clutch disc and new freon for the a/c. And a new sump, my fault bloody dead policemen not always well marked. Now looking to change. 2nd hand cabrio.. Any thoughts??
mikeyw85 31 July 2020

Car's like this make sense at a little over £20k at the very most. The list prices still matter because it still impacts on the monthly pcp payment.