From £70,4708
A facelift and a new twin-turbo 4.0-litre V8 endow the Mercedes-Benz S-Class Coupé with a stunning combination of performance, luxury and refinement
Open gallery
Close

It comes as little surprise that Mercedes-Benz has gone light on the styling changes in its mid-life facelift of the S-Class Coupé.

Since its launch in 2014, the big two-door has gained a strong following for its svelte appearance, which arguably represents the best expression of the German car maker’s latest design lineage.

There are some subtle tweaks, including an altered bumper design, additional chrome exterior highlights, new OLED rear lights and revised tail-pipes, but they hardly help to distinguish the 2018 model visually.

Another new function is Mercedes’ Car to X communication system, which relays messages between cars and the traffic infrastructure to give the driver information about potential hazards over the horizon. This has been described as the first step in the firm’s e-mobility plan. 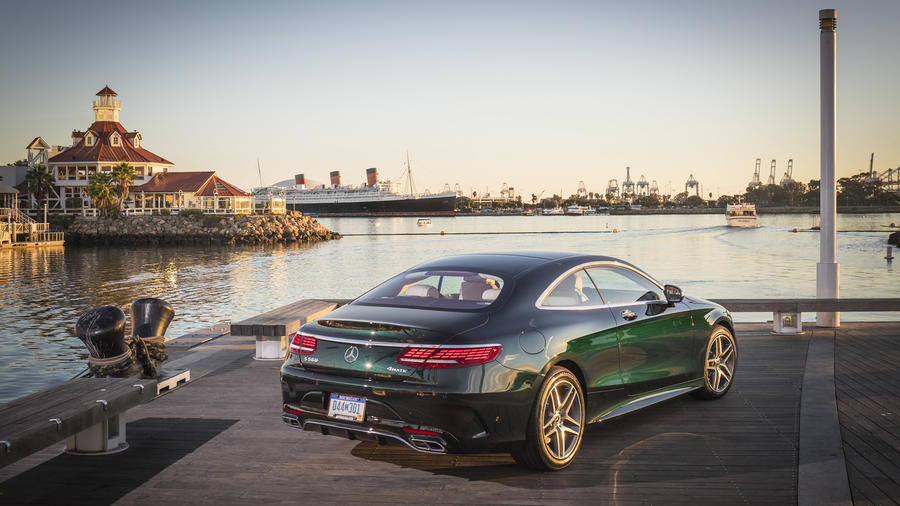 The big news, though, is the appearance of a new twin-turbocharged 4.0-litre V8 engine based on the more heavily tuned unit used in the Mercedes-AMG S63. This new engine replaces the old twin-turbocharged 4.7-litre V8 from the outgoing S500. Its additional 13bhp takes power up to 462bhp, while torque is the same at 516lb ft.

With a pair of twin-scroll turbochargers operating centrally within the space between the cylinder banks, thus requiring shorter induction paths than those of its predecessor, the new engine has not only better low-end response but also greater mid-range flexibility and a sturdier top end.

The power delivery is very linear, extending to the 6200rpm redline in one wonderfully muscular surge on a loaded throttle. With Sport mode engaged, at which a series of flaps open to increase the volume of the exhaust system, it’s also terrifically melodious.

Switch into Comfort mode to trigger a more conservative set of software maps and the new V8 is wonderfully refined and satisfyingly reserved in nature. On light throttle loads, a cylinder deactivation function seamlessly closes down four cylinders to improve fuel economy.

The standard nine-speed torque converter automatic gearbox also appears to have taken a step forward. In automatic mode, it's ultra keen to shift up to ensure the best possible economy and lowest emissions, and the shifts feel crisper and softer than before.

With Mercedes-Benz’s three-chamber Air Body Control suspension as standard, the S560 has a wonderfully compliant and controlled ride.

The electro-mechanical steering is very light and bereft of much feedback at the straight-ahead, although it gains heft and feel as you apply lock.

On more demanding roads, the S560 is surprisingly proficient, with nicely progressive and well-controlled body movements that belie the car's considerable size. The S650 turns in keenly, and with Mercedes-Benz’s 4Matic system doling out drive to each wheel, there's sufficient grip and excellent traction to keep things tidy when you start to push. The car's most compelling traits, though, are evident at a constant cruise, where superb refinement and excellent ride quality provide it with outstanding long-distance properties. 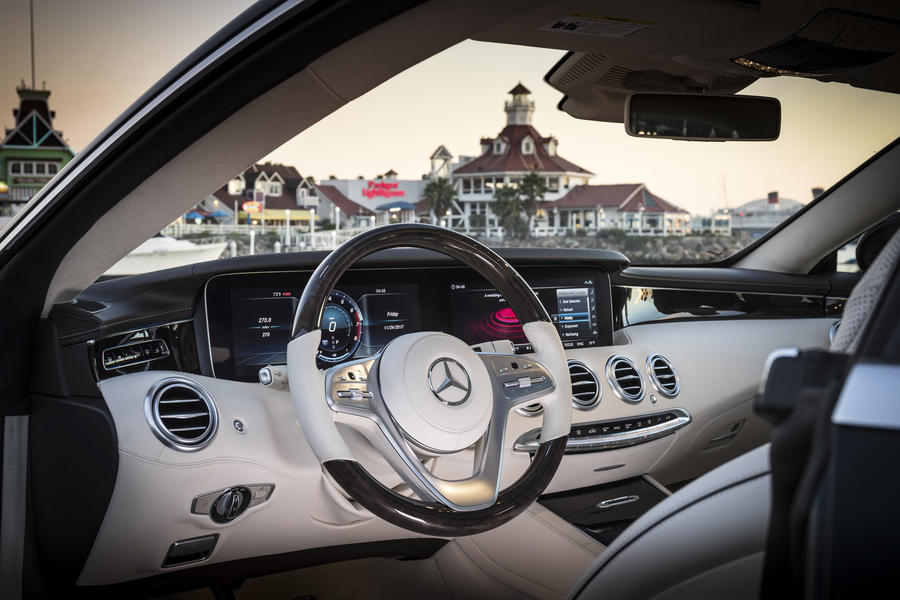 If you're in the market for a big, luxury grand tourer, you're certainly well-catered for, and while the previous S500 was a good car by all accounts, it left the AMG models to bridge the gap to the Bentleys and Aston Martins of the coupé world.

The changes made to the standard S-Class Coupé have turned that good coupé into a sumptuous mile-muncher with a dash of added potency. Suddenly, this car has moved from the sidelines straight into the thick of the action, all without losing the cossetting refinement its saloon sibling is renowned for. 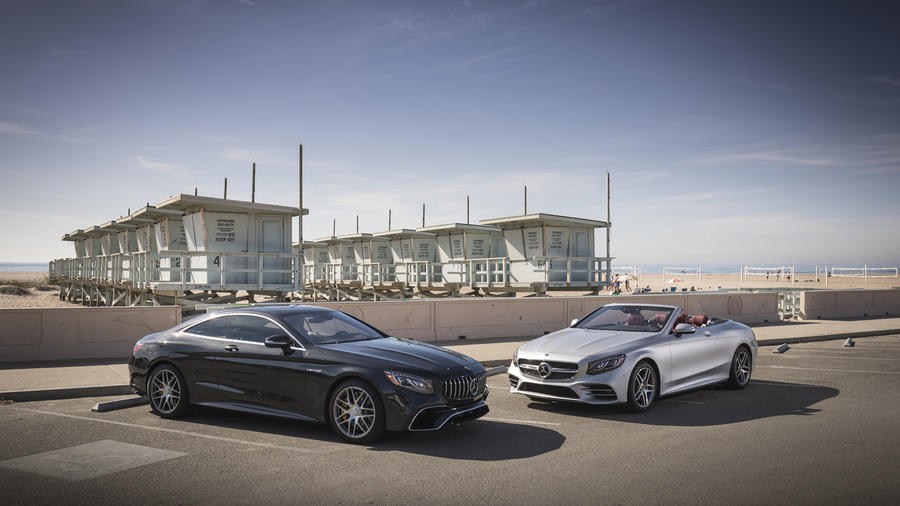 who needs to see the engine anyway?

" and the shifts feel crisper and softer than before."

Well which is it?

Take away the subjective elements of looks and image and this revised S Class coupe seems to be an extremely accomplished car, more so that the 4 stars suggest. In fact reading the article, the car seems to be bordering on being brilliant for what it is, a luxury class coupe.

Take away the subjective elements of looks and image and this revised S Class coupe seems to be an extremely accomplished car, more so that the 4 stars suggest. In fact reading the article, the car seems to be bordering on being brilliant for what it is, a luxury class coupe.

Agree. All the praise and then only 4 stars!

The car is in tune with the times and as with any S-Class Mercedes, defining the way ahead too. The green is a lovely colour, a tan/coffee interior would be more to my taste, either way a nice car that one can dream about in the future...