7
Appealing to look at inside and out, and impressive enough to drive. But a hard car to recommend until electrified or even just more efficient versions arrive
Open gallery
Close

After years of build-up, the Genesis brand finally became a reality in the UK at the end of last year. The 127 cars that found homes at the tail end of 2021 will already be turning the heads of passers-by wondering just what car is wearing that badge that looks a bit like Aston Martin’s when you squint and, when hearing the name, wondering when Phil Collins started making cars (has that one worn off yet?).

The G70 Shooting Brake, which we first tested on European shores last month, is already with us in the UK, and it’s the car that shows us the most so far as to what Genesis will be about here. While the saloon and SUVs we’ve seen will be global models, the G70 Shooting Brake has been designed and engineered purely for our corner of the world.

Which makes it all rather puzzling why Genesis has chosen to launch with the car conventional petrol and diesel combustion engines without any hybrid assistance, let alone a fully electric version.

Given the timing of Genesis’s launch going hand in hand with the massive uptake in electric cars, and the success exhibited by other new electric-only entrants such as Polestar, the decision is somewhat baffling. Indeed, the engine range reminds me a bit of when Infiniti launched in Europe with just petrol V6s right in the middle of the diesel boom…

Those turbocharged four-cylinder engines are a 2.0-litre petrol with 194bhp or 241bhp, and a 2.2-litre diesel with 197bhp. It’s the 241bhp ranger-topper we test here, which, like all Genesis models, is natively rear-wheel drive and uses an eight-speed automatic transmission.

Our test car is equipped with Luxury Line trim, one of two differently flavoured range-toppers (the other being Sport Line) that sit above the base Premium Line. 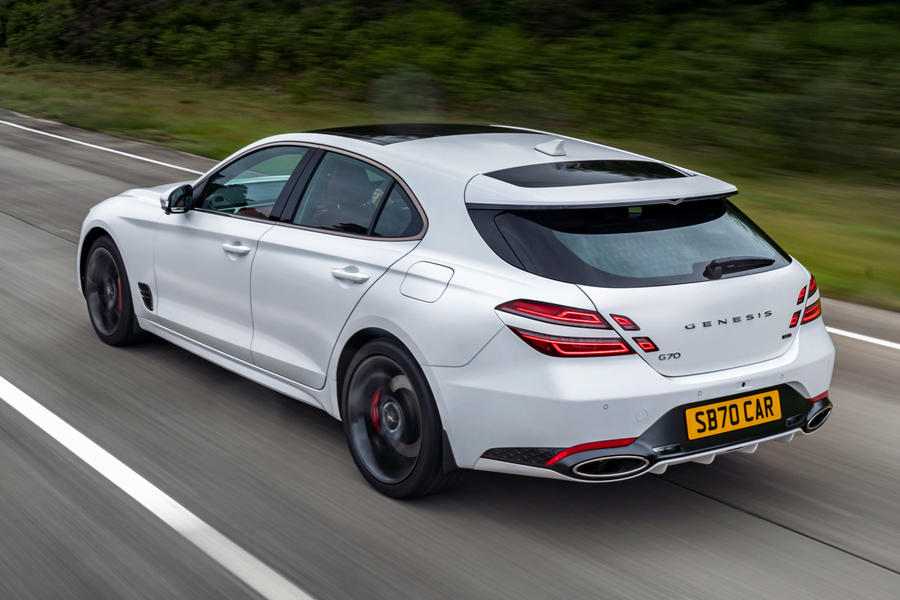 Luxury is a word you’d use to describe the look and feel of the cabin on first impressions, the mood enhanced greatly by the optional nappa leather seats (an extra £2470). It’s a comfortable cabin of real character, well in keeping with Genesis’s position as an alternative to other premium brands. It is certainly that: something in its own style, rather than just a clone of the German Big Three.

Such is the impression you get from the G70 Shooting Brake from the outside, too. The front grille and some of the details are a little derivative, but its proportions and profile bring something new to the class. My colleague Matt Saunders noted on his test of the car in Portugal that it could easily make for a Saab, Alfa Romeo or Jaguar in another life, and I’d agree.

If you’re expecting similar points of difference in the driving experience, you’ll find more good news. This is a chassis well tuned for our roads, the ride in particular excellent. It’s BMW-like in its qualities, communicating exactly what the road is doing below you and how the car is interacting with it.

This, tied in with nicely judged body control, makes the G70 Shooting Brake quite the pleasant steer. It would be even more so if the steering itself was better. It’s very quick and springy around centre before some significant heft comes in after about an eighth of a turn, so it’s even hard to work out exactly what ‘feel’ the engineers wanted the driver to end up with. It takes only a journey or two to get your head around it, but there’s no BMW comparison to be found here.

Likewise with the powertrain, which is not as memorable as its headline figures suggest it should be in the way it responds to a driver’s willingness to interact with it. Much of that stems from the automatic gearbox, which is looking for a quieter life of wafting around rather than a desire to allow the driver to access the engine's 241bhp and 260lb ft of torque. Still, temper that right foot and you’ll be rewarded with a junior executive car as quiet and refined as the best of them.

Yet a final elephant in the room remains with its efficiency, and the largest one at that. The car's official economy and CO2 figures are only marginally better than a BMW M4 Competition's, which makes this particular version of the G70 Shooting Brake look like it's from another era on paper. Out on the road, we couldn't get better than 28mpg. 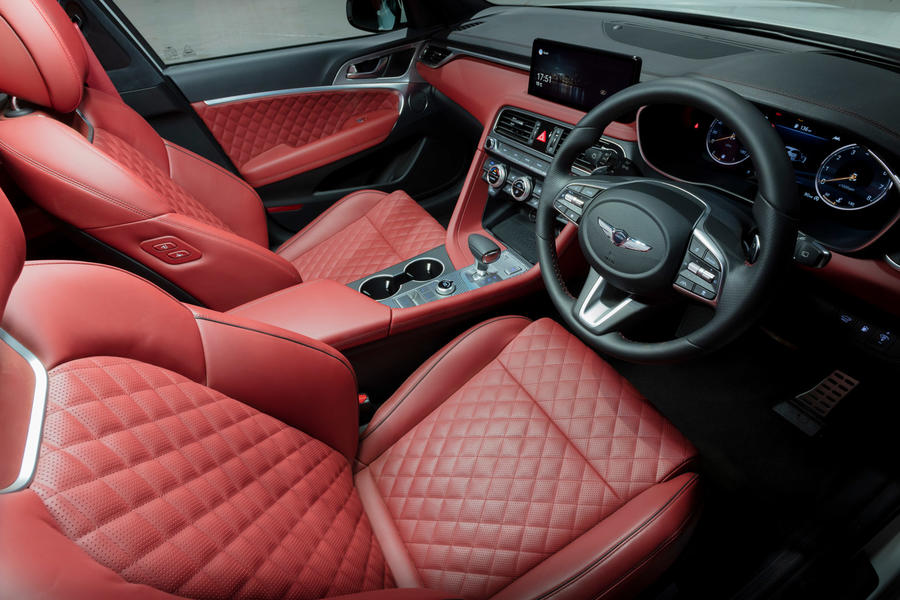 All of which prompts the question: when a car otherwise has so much going for it, why limit its chances of success so much with what in today’s market are now niche engine choices? It seems that designing and engineering the G70 Shooting Brake for Europe stopped before the powertrain options.

So while it's appealing to look at inside and out, and impressive enough to drive, this is a very hard car to recommend until electrified or even just more efficient versions arrive. 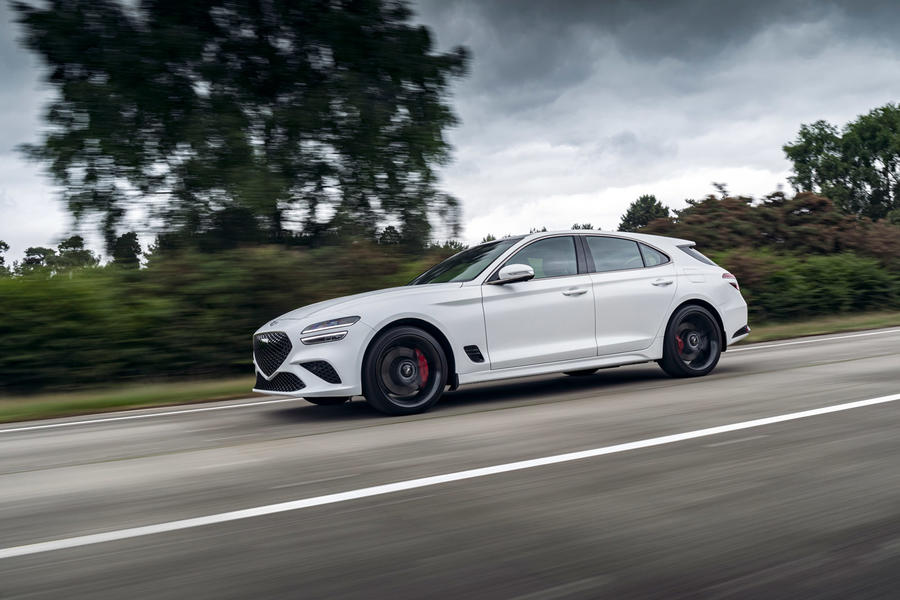 Does it know what it wants to be? If its going to appeal to the old school die hards why hasnt it got the V6 available in other markets. If it wants company buyers it need a plug in hybrid, or full EV version. A 4 pot petrol and diesel (a brand new diesel in 2022! will we another this year?) wont appeal to very many.

This is a car for private buyers. But how many of them spend over £40k on a car that no one has ever heard of.

Oooh looks great!!  That rare thing: An EV estate.  Wait, you say it only has petrols and diesels? Oh.  Pointless. Next.

So does this mean that, from now on, every car that autocar tests that is not a hybrid is going to lose a star?