The Audi Q8 is an impressive and highly competent luxury car that doesn't quite have the styling verve or intoxicating performance required to set itself apart from the established sports SUV set. Well, not yet, anyway.

That, more or less, was the verdict this title reached a few months back when we first drove Audi’s new flagship Q model out in Chile. And since then, not a whole lot has really changed to otherwise move that verdict on.

The SUV you see before you is the same S line-specification model we tested then (and the only variant available on this launch), while the 282bhp 3.0-litre diesel V6, designated 50 TDI, remains the only engine presently available to order with this £65,040 Audi. At least until the 335bhp petrol V6 will arrive early next year.

The only difference this time around is that we’ve now had a chance to see how the Q8 copes on British roads – an undertaking that, in theory, it should perform rather well.

After all, it’s based on the same MLB Evo architecture that underpins - albeit with slightly different suspension and wheelbase configurations - the likes of the Porsche Cayenne, Volkswagen Touareg and, of course, the Audi Q7, all of which are impressive things in their own varied ways. 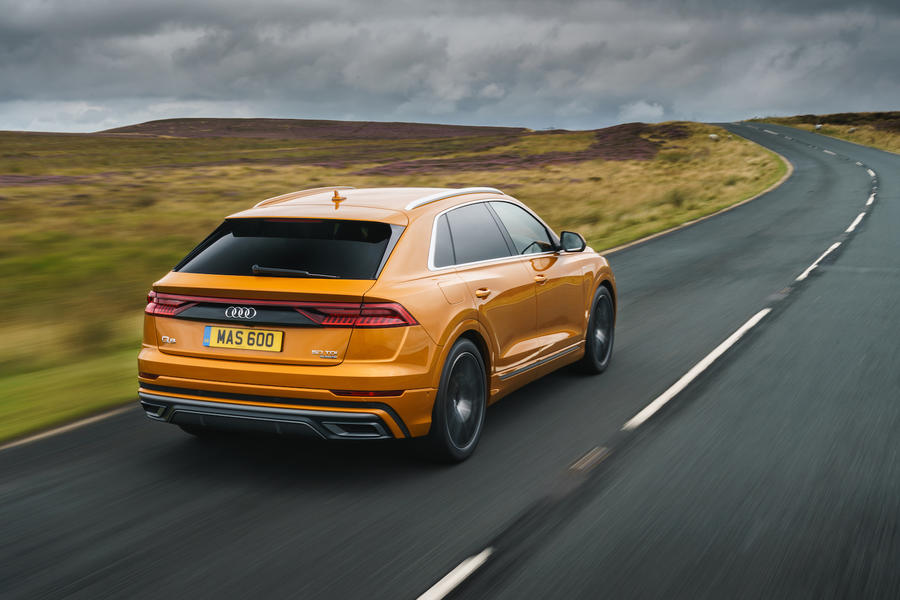 As a quick refresh, the form that MLB platform takes beneath the Q8 is ever so slightly different than it is in the Audi Q7. It has a wheelbase that’s shorter by 1mm, at 2994mm, wider tracks and adaptive, sports-tuned air suspension that’s standard rather than an optional extra.

Even on the optional 22in alloys (£1750) fitted to our test car, this all translated to a ride quality that, for the most part, leaves very little to be desired. In Comfort mode, it remains soft enough to ensure passage over undulating road surfaces is cushioned and forgiving without the compromise of lacklustre vertical body control. It doesn’t feel quite as tight as the Porsche Cayenne in this regard, but there’s still an impressive fluency to the manner in which it travels over variable surfaces.

Through bends, the Q8 manages to remain adequately flat. There is, of course, some degree of body roll around the lateral axis - this is still a 2145kg SUV - but the controlled, progressive manner in which this weight shifts from right to left won’t discourage you from properly pressing on. And if you do decide to lean on the Q8 through the twisty bits, there’s a healthy reserve of grip waiting to meet you, courtesy of Quattro all-wheel drive and the 285/40-section rubber that’s wrapped around those 22in wheels (or 285/45 on the standard 21in rims). Four-wheel steering – another extra, at £1950 – also heightens the big Audi’s agility.

Pop the Q8 into Dynamic mode and things firm up, providing closer levels of vertical and sideways control. The trade-off here, though, is a heightened awareness of the mild jostling that occurs at lower speeds, even in Comfort mode, over blemished surfaces, while compressions through dips aren’t as masked.

That jostling isn’t a deal-breaker, though, nor is it a reason to not opt for the larger alloys should they take your fancy; the standard set, after all, only offer a relatively subtle respite from this.

As for the steering, it’s pleasingly weighted but comes with that sense of vagueness that’s typical of Audi’s larger models. It’s direct and lends the Q8 a keen sense of responsiveness, but at the same time, it removes you from the driving experience slightly more than you might like in a model that has so obviously been conceived to be sportier and more engaging than the SUV to which it’s so closely related.

And while the diesel V6's 442lb ft of torque provides plenty of smooth, refined acceleration out of corners, the eight-speed automatic gearbox can take its time when finding the right gear. The shift paddles are a good way of remedying this, mind. 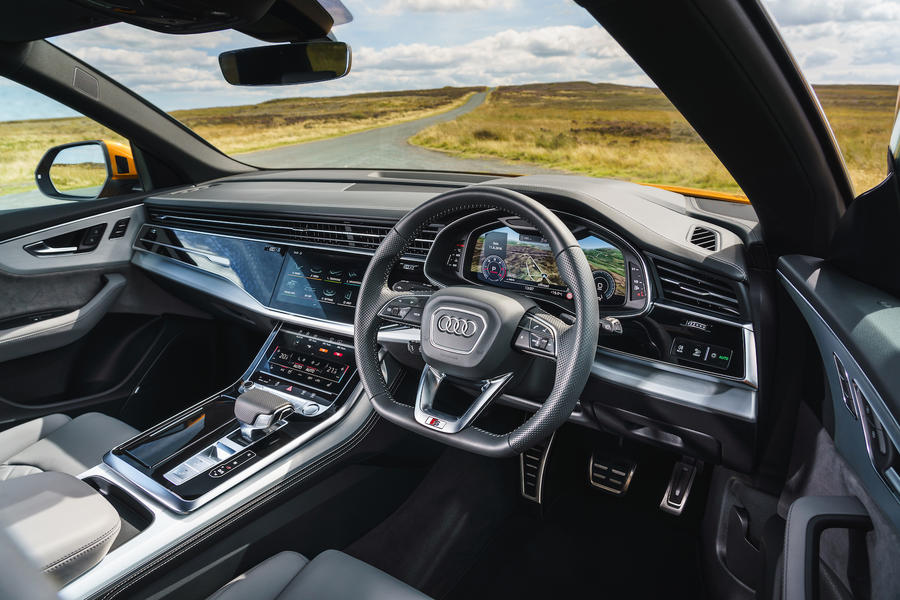 There’s still a lot to like here, then. In addition to the way it drives, the Audi Q8 also has a hugely spacious, luxuriously appointed cabin, while its 605-litre boot isn’t devoid of space either. If that’s what you’re after, you likely won’t be disappointed.

But the sense that there’ll be even more to like about the Q8 in a few months, or even a year’s time, hasn’t faded. As good as it might be now, the genuine article, Q flagship seems as though it’s yet to arrive. 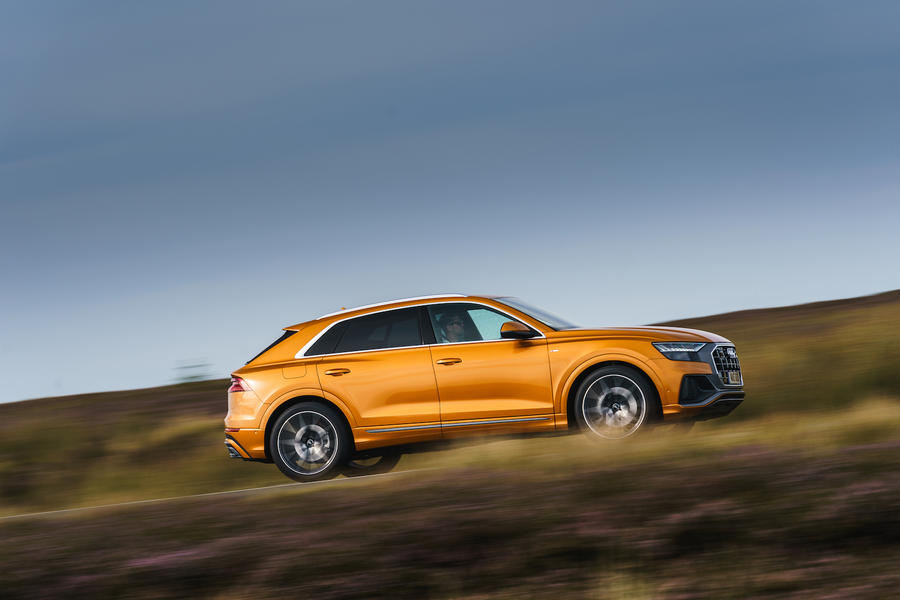 What a hideous looking front

What a hideous looking front end.

Seems to be another money making tactic of Audi.

Make the front end ugly and if you want it to look good, pay another 50k for the RSQ version

The press on driver..not for

I don't believe anyone buying this marque is the slightest bit interested in driving dynamics and the manufacturer knows this too. Besides there are too many other brands in that motoring group that have to ensure that their ""toes are not stepped on".

So effing ugly, obviously will be corrected for first facelift in 17 months timebwiping another 20% off the value
View all comments (13)