BACK TO ALL NEWS
Currently reading: New Citroen Skate is autonomous platform with swappable pods
UP NEXT
Fisker goes radical with Pear EV SUV

Skate, a new platform concept, is Citroën’s vision for the future of autonomous shared mobility in cities and forms part of a revolutionary “open-source” model that the firm says could improve traffic fluidity by 35%.

The platform, equipped with level-five autonomous capabilities to move around urban areas with no human input, can operate “almost continuously” 24/7, charging itself at dedicated hubs.

It has a maximum speed of 3mph or 16mph, depending on its surroundings, and is equipped with Citroën’s Advanced Comfort hydraulic cushion suspension set-up for optimum ride quality. Bespoke motorised spherical wheels designed by Goodyear allow for 360deg manoeuvrability, “just like a computer mouse”. 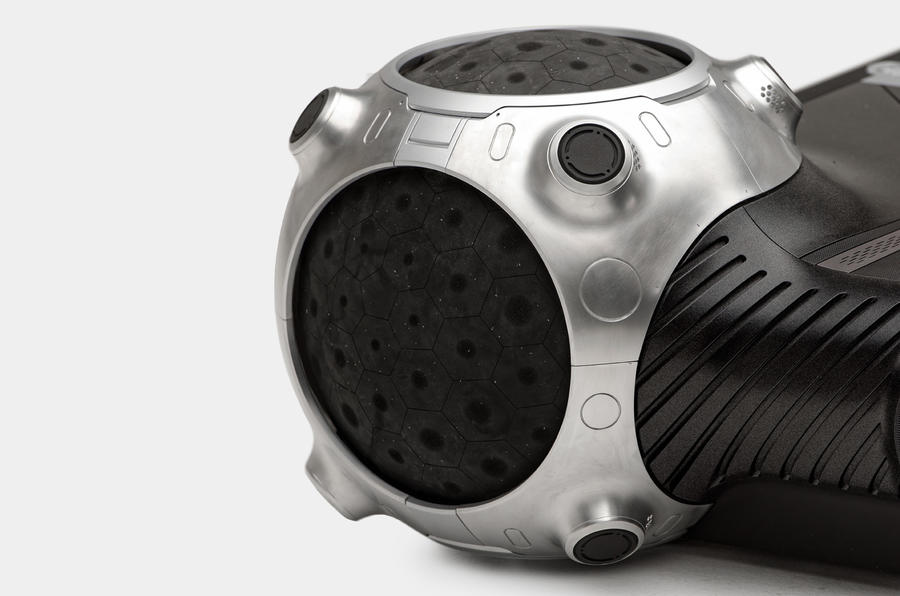 The Skate has been designed to accommodate interchangeable travel ‘pods’ from a variety of providers that offer different takes on the concept of ride sharing. Citroën says the pods can be swapped in just 10 seconds.

Early design concepts have been shown by hospitality giant Accor and advertising company JCDecaux, as part of a new partnership between the three companies dubbed ‘The Urban Collëctif’. By separating the pods from the platform on which they travel, Citroën claims it can “maximise the use of autonomous technology while expanding service offerings”.

JCDecaux, meanwhile, has focused on the “on-demand” aspect of mobility services with its City Provider pod. Said to be “accessible to all users”, this “functional” pod offers the quickest routes through the city and comes equipped with USB chargers and interactive screens to “enhance the mobility experience”.

Citroën CEO Vincent Cobée recently highlighted the importance of urban mobility in an automotive landscape that’s transforming rapidly in the wake of the pandemic, and the unveiling of the Skate concept follows the UK market launch of the diminutive Ami two-seater in the French brand’s continued exploration of affordable and sustainable travel solutions.

Cobée said of the Skate concept: “We believe that this new concept can redefine the framework of urban mobility: shared, electric and autonomous. With the solution we are presenting in partnership with Accor and JCDecaux, we are inventing autonomous mobility for all.”

Log in or register to post comments
Howmex 29 September 2021
Great that manufacturers are thinking laterally.
It's only a small step from this to...a bus?
Also good to see that Citroen are being brave again and making an attempt at a space efficient city vehicle.
Am still unsure of ability for autonomous vehicles to avoid people and how they deal with morality in avoidance manoeuvres etc.
Should be great for accessibility though, allowing those with mobility problems to access more of their surroundings.
Exciting
uk_supercar_fan 29 September 2021
I think I would prefer to ride the thing just like a skateboard, standing on it...no pod required!
Peter Cavellini 29 September 2021

I imagine the Wheels are driven by a dynamo type motor, rather like a contactless motor in awash machine,that's only an armchair guess, I guess this multi platform will be a while till fruition,lots of problems to solve I think,and I think it'll be in large Towns and Cities,can't see them working anywhere else.

I imagine they are driven by tiny unicorns, rather like a pumpkin carriage, that's only a magic carpet guess.