BACK TO ALL NEWS
Currently reading: LeEco unveils LeSee Pro autonomous car in the US
UP NEXT
How the Bugatti Chiron became the first 300mph road car

LeEco unveils LeSee Pro autonomous car in the US

Chinese firm LeEco has unveiled a new concept autonomous electric car – the LeSee Pro – at a lavish event in the US.

The car is an evolution of the LeCee (pictured), revealed at the Beijing motor show in April this year, and will feature in the new Transformers movie. The car was shown at a wider event in San Francisco, which showcased LeEco’s vision of a wide ranging business model that it plans to introduce in the US and then across the world. The firm is already a major player in several technology and media markets in its native China.

Although technical information on the LeCee Pro was sparse, we know that it has an electric powertrain and a steering wheel that retracts into the dashboard when the car is in autonomous mode. It sports more aggressive design than the LeCee, and has an external display that changes depending on the car’s status, from charging, to autonomous driving. LeEco executives also enthused about the car’s connected abilities – one of the key selling points of its planned range of electric vehicles. 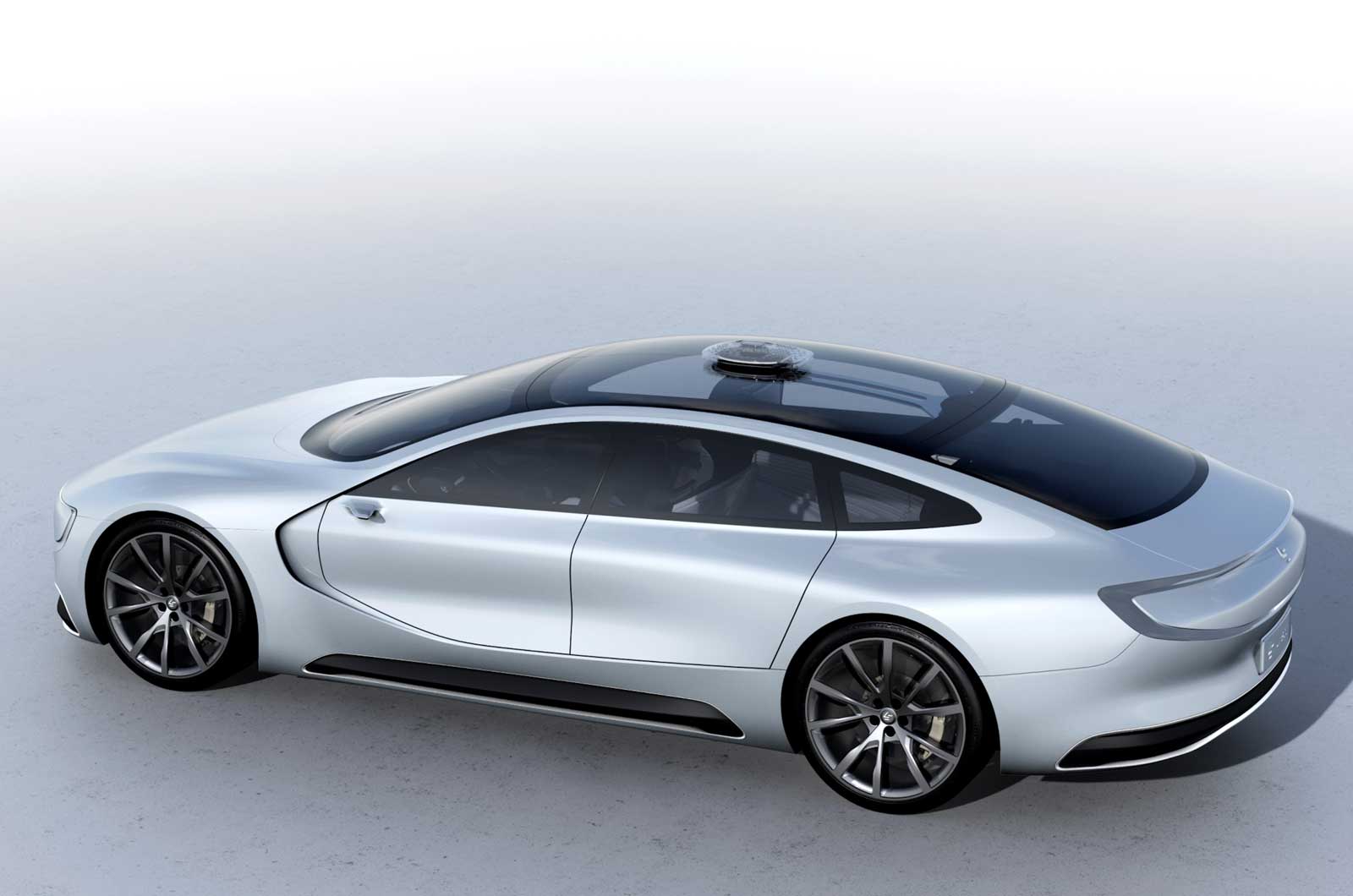 LeEco’s wider business model includes mobile telecoms, digital entertainment content, and it plans to feature such expertise in its vehicles. The LeCee pro features an “entertainment lounge” that will use internet connectivity to access LeEco’s music, movies and work systems while on the move.

The company has strategic partnerships with US-based EV company Faraday Future as well as Aston Martin. LeEco were involved in the development of the Aston Martin RapidE concept, and LeEco CEO YT Jia is also a key financial backer of Faraday Future.

Jia hinted that Faraday Future could reveal its first production car at the Consumer Electronics Show in the US next year.

Not questioning the efficiency of the car or the business plan (as there is precious little information about either) but image wise it seems another Chinese copycat scheme. The car looks like an over-stylised Tesla Model S, and the CEO has a Elon Musk vibe about him, loose tie and all.

Also, LeEco LeSee, really? YTJia? Who comes up with these names? I must be getting old.