BACK TO ALL NEWS
Currently reading: Next Fiat Bravo 'to be radical'
UP NEXT
Motoring heroes: the most inspiring people in the car industry

Next Fiat Bravo 'to be radical'

The next Fiat Bravo will not be another "me too" Focus rival, Fiat's boss has told Autocar
Share
Close
Share story

Fiat’s replacement for its C-segment Bravo hatchback will not be another “me too” product and will adopt a more radical approach, Fiat boss Sergio Marchionne has told Autocar.

Speaking at the Detroit motor show, Marchionne said: “To replace the Bravo with another me too product would be completely inappropriate.”

The underwhelming Bravo has not been in a hit in one of Europe’s most competitive segments and Marchionne recognises the need for Fiat to adopt a radical approach.

“I have been looking at various versions in the future. We have no conclusions but what we launch will not be a traditional offering,” he said.

When asked if Fiat’s plans were similar to those adopted with Nissan and its C-segment Qashqai crossover, Marchionne hinted that Fiat’s plans went beyond Nissan’s.

“At heart the Qashqai is still a pretty conventional vehicle,” he said.

Marchionne would not be drawn on Fiat’s plans for the B-segment after its current Punto range reaches the end of its life-cycle.

See all the latest Fiat Bravo reviews, news and video 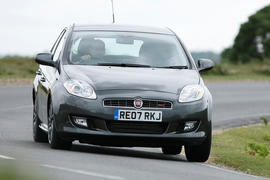 The Fiat Bravo is a stylish Focus rival. It's good value, but has an odd driving position