The Cooper S Works 210 is, according to Mini, the sweet spot that sits between the well-rounded Cooper S and the focused but fierce John Cooper Works. The recipe used to create the new model is relatively simple, and one we’ve seen before in the form of the limited run Mini 210 Challenge Edition. 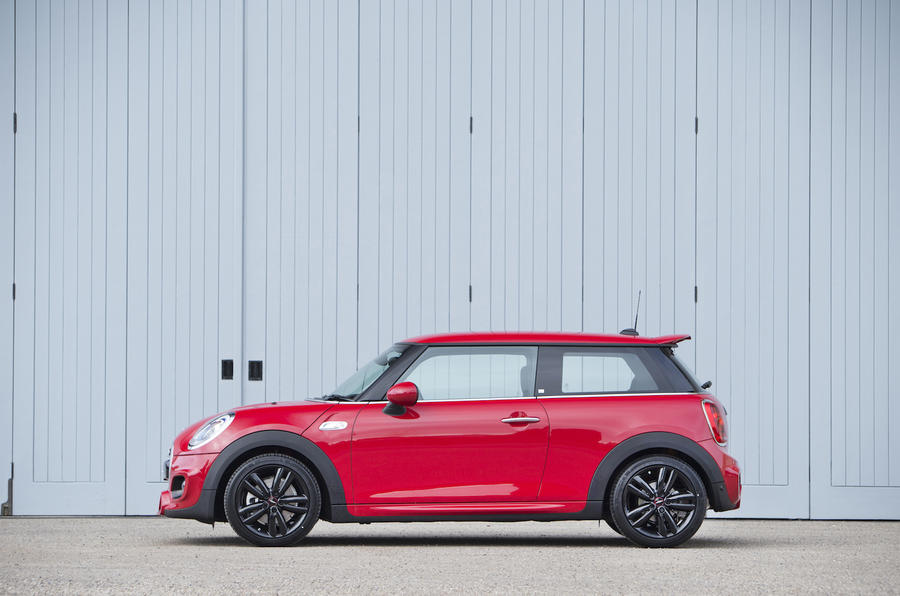 As the name suggests, these simple modifications have resulted in an increase in power, with the 210bhp Works packing 18bhp more than the standard S on which it is based. However, despite this added power, Mini has opted to leave the chassis untouched – a potentially clever move considering how well suited the standard Cooper S is to being used as daily hot hatch.

Aesthetically, the upgrades are rather subtle, with the aforementioned John Cooper Works aerodynamic kit and 17in alloy wheels the only indicators that this is an all-new model.

The first thing you'll notice is that it's loud. Unlike conventional sports exhausts, the Pro Tuning kit JCW system comes equipped with a Bluetooth remote that allows the driver to open and close the exhaust valves on the move. With them closed, the volume is similar to that of a standard Cooper S, but with them open, the noise is more reminiscent of a Jaguar F-Type.

Unsurprisingly, flap-open mode is reserved for track use, but even with the exhaust in standard mode it’s still a wonderfully characterful system, popping, cracking and gurgling off the throttle. Combined with a rather antisocial blow off value, the 210 feels rather extreme, even when you’re just cruising around town.

However, once you're out onto country roads it quickly becomes apparent that despite the added noise, the 210 feels just as refined as the standard Cooper S - it's good enough for us to agree with Mini that the 210 really is the range sweet spot. The added power endows it with rapid real-world pace, but it’s not enough to overwhelm the front tyres. No official 0-62mph times are quoted by Mini, but we’d estimate it's somewhere around 6.4-6.5sec. 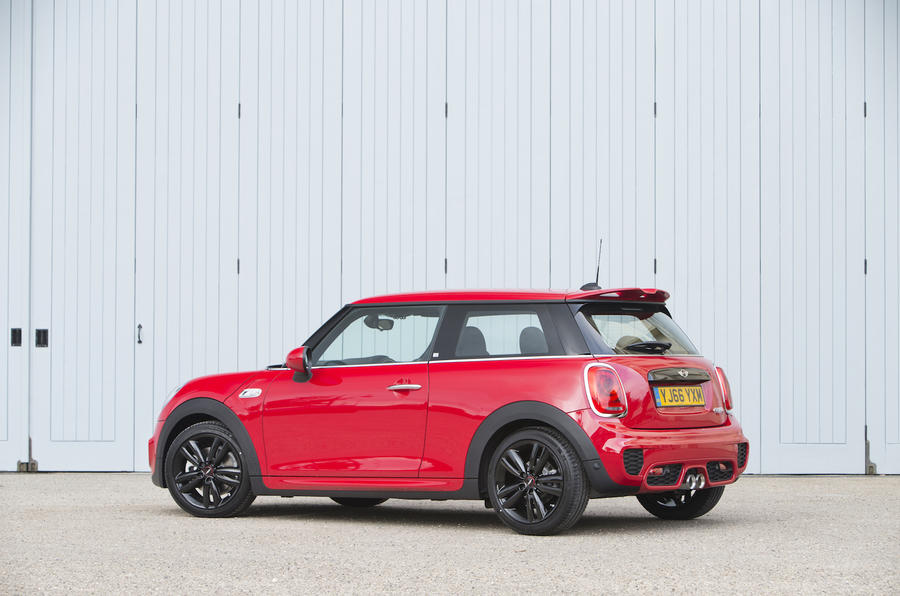 Aside from the variable dampers, the chassis is standard Cooper S, which is no bad thing. We’ve always been impressed with the regular car’s dynamics and the same is true here. Body control is tight, there’s decent front-end bite and there’s enough throttle response to adjust the car’s line mid-corner. Feel from the middle pedal is also excellent, even if the 210’s rear end can get a little squirmy under hard braking.

Switching from Normal to Sport mode increases throttle response and damper stiffness, but there’s little noticeable difference in cornering ability. You also have to contend with overly heavy steering, which masks front-end feel rather than clarifies it. As a result, we found it was better to leave the car in Normal mode for day-to-day driving.

Interior wise, unlike the limited-run £30,000 210 Challenge Edition that we tested a couple of years back, Mini has opted to keep the Works 210's trim level fairly basic – a choice we’re glad about. This way, the entry-level price remains reasonable, but buyers who want optional extras can upgrade to the trim level they desire.

The 210 successfully combines the practicality and day-to-day comfort of a standard Cooper S with the rorty soundtrack and impressive performance of the John Cooper Works. Mini is yet to confirm the car's torque, top speed and economy figures, but it does know the price - and the circa-£2700 you'll need to upgrade to a 210 over the standard Cooper S seems good value to us.

Granted, it’s still not as rewarding to drive as the far cheaper Ford Fiesta ST200 and so the Ford remains our hot hatch star. But, if your budget stretches a little further and you're after a higher-quality interior and better infotainment to go with your hot hatch thrills, then the 210 is a compelling proposition. 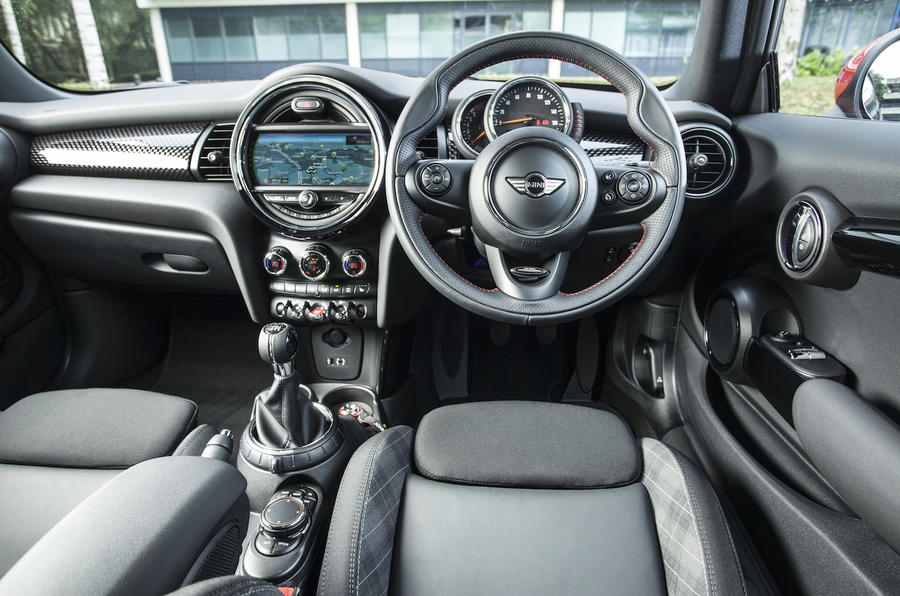 Is there anything left, between a 10lb bag of spuds and a thirty-five bedroom castle, which Autocar hasn't yet declared to be a less desirable purchase than a Fiesta ST?
HowdyFolks 13 October 2016

The article suggests the Fiesta is cheaper, but actually it seems more expensive than this Mini.
Both will sell for thousands less than list via brokers, but I suspect the Mini will cost more for options that shouldn't be options (climate, dimming rear view mirror, etc)
superstevie 12 October 2016

I'd have this over the JCW. I

I'd have this over the JCW. I hate the body kit on the JCW, it does the MINI no favours at all.

I think you'll find this has the body kit, the significant differences I can see are the lack of stripes and monotone body/roof, I agree though it looks a lot better. This should be the standard Cooper S, as it is I don't think it offers enough over a regular Cooper, which for most is the real sweet spot of the Mini range.