I always thought an Austin-Healey was quite a big, muscular classic car. But seeing this restomod by engineering firm Envisage’s new brand Caton in the wild for the first time, I’m reminded that old cars are delicately small, even if they are brawny.

And this one is beautifully finished. One of Envisage’s strong points is creating body panels for continuation models, like Jaguar’s XKSS and D-Type, costing hundreds of thousands – and the team has done a similarly fine job here. They have cleaned up the original (1953-1955) Austin-Healey 100/4 BN1 look, proportionally very similar but with a few twists, like to the grille and side vents, and removing exterior handles.

Inside, the trim and finish are lovely too. Customers of the 25 cars that Caton intends to work on will be given a wide degree of customisation, but all will have a roomier interior than originally, owing to a slight redesign of the rear cabin (there’s no spare wheel or hood to worry about) and a smaller gearbox housing. 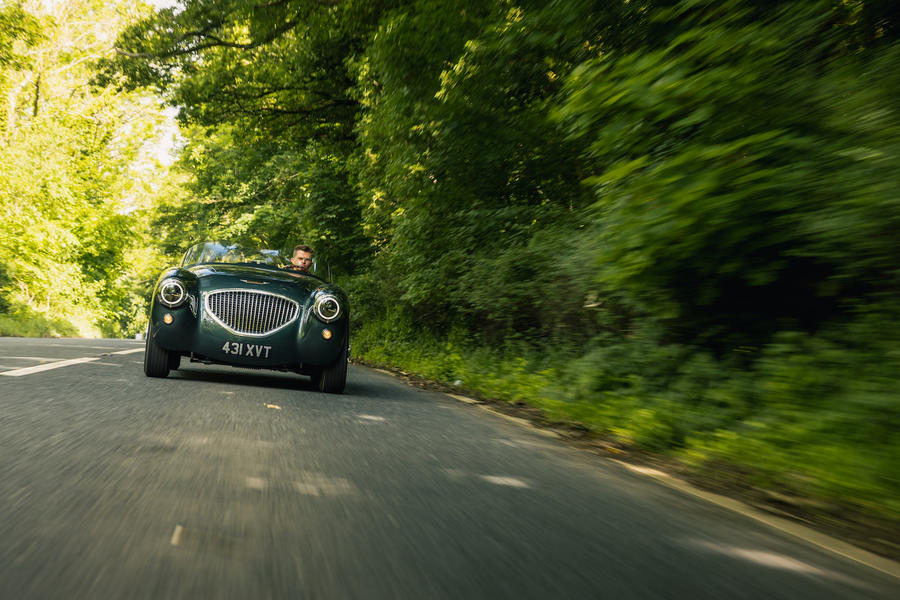 That’s allowed by the mechanical changes that Healey specialist JME makes to the car. The engine is now a 3.0-litre (up from 2.6) straight four developing 185bhp and 195lb ft; and it now drives via a five-speed manual gearbox, replacing a three-speeder with overdriven second and third.

You settle into the car – holding the seatback rather than the windscreen to lower yourself – and most likely scooch the seat forwards. The pedals, with a new box, are a fair distance away and the large, unadjustable steering wheel is upright and close.

When it fires, the big engine settles to a lumpy idle that shakes the car, with an exhaust that exits low and left. Once warm, it sounds and smells like a historic racing paddock. The clutch is heavy but manageable and ditto the steering. The gearlever’s throw is long and smooth. With a little coughing and hesitation at low revs, we’re off. 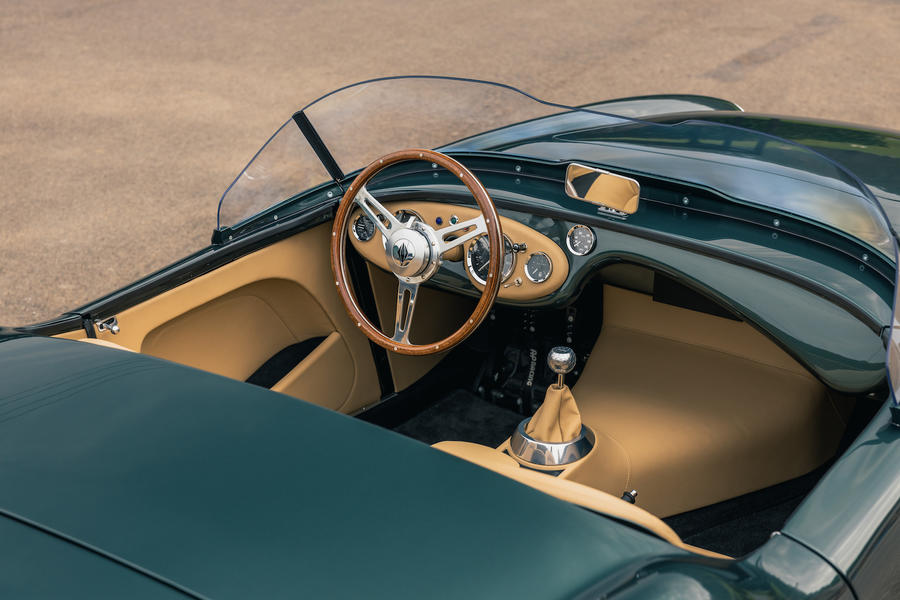 This Healey is very much to the resto end of the restomod scale. It feels like a classic car to drive. The tyres are 185/70 R15 Michelin radials, the ride is compliant and the body control is fine, yet with an occasional crash over bigger bumps as it runs out of ideas. The shell doesn’t feel floppy. Obviously it’s no match for a modern car, but it’s rigid enough.

You can sweep the steering wheel each way a few degrees with no discernible effect at first. But take up the slack and it takes on extra precision and immediacy. It doesn’t load up with feel; rather, you get a vibe of the car moving around beneath you on its modest rubber with big sidewalls, but that’s part of the charm, with a heady engine that doesn’t like less than 1500rpm and really needs no more than 4000rpm. There’s tremendous mechanical interaction and a lot of noise and bluster to go with it.

Whether that’s worth the £474,000 (including VAT and donor car) that Caton asks is a different point. When JME-restored and/or mechanically well-tweaked Healeys, including recreations of some special versions, can be hadat less than half of the price of the Caton Healey, you’re really paying for the finish of it, the hour upon hour of craftsman working aluminium on English wheel until the proportions are absolutely perfect.

Customers will want nothing else (certainly, I couldn’t help looking back at it every time I got out of it), and for them it’s a nailed-on five-star winner. Other people will think it a two-star non-starter, as you can get the high-end classic car mechanical interaction and enjoyment for a lot less outlay. Cars like E-Type UK’s Unleashed share a similar theme.

Both arguments are valid, so when it comes to the verdict, what say we split the difference? 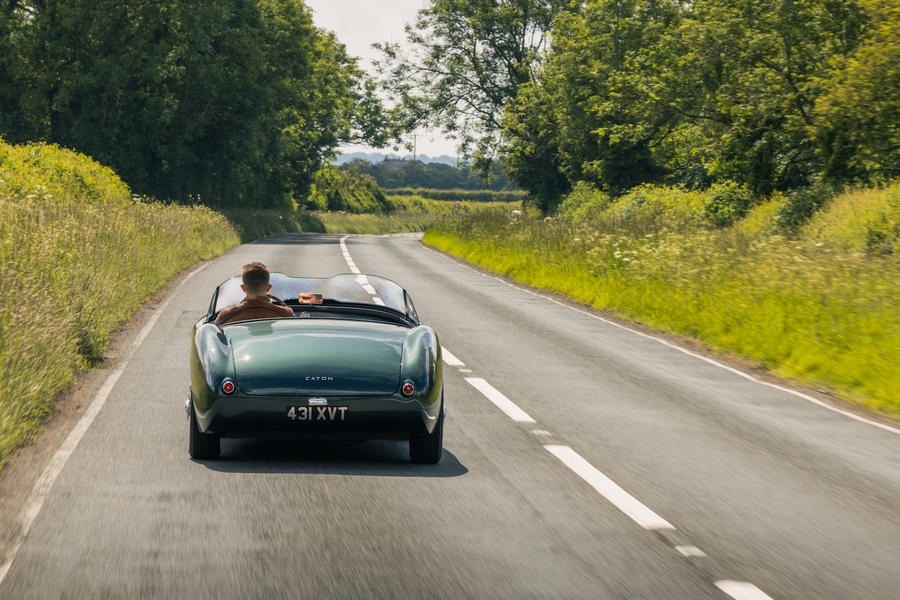