BACK TO ALL NEWS
Currently reading: Lamborghini R&D boss: Why the V10 and V12 are here to stay
UP NEXT
Jaguar boss signs off plan for radical new EV line-up

Lamborghini R&D boss: Why the V10 and V12 are here to stay

Maurizio Reggiani is the man who ensures Lamborghinis look, feel, sound and drive like Lamborghinis – and he has some good news
Share
Open gallery
Close
Share story

"My dream is to maintain the naturally aspirated engine for as long as possible. It is a sense of emotion in a super-sports car.”

Thank you, Maurizio Reggiani, the man in charge of development at Lamborghini, for giving us hope.

In a world of supercars and hypercars, Lamborghini is alone in having so far resisted fitting even turbochargers to its models in the pursuit of lower emissions, let alone hybrid or electric power.

Why so? Because of what’s in Lamborghini’s DNA, says Reggiani (pictured below): “Our DNA is the design, emotion and performance, to make the experience of the car unique. These are conditions that define a new car. We then try to put them in a more scientific way, making them ‘physical’ things so [you] can compare a new car to an old one or the competition. 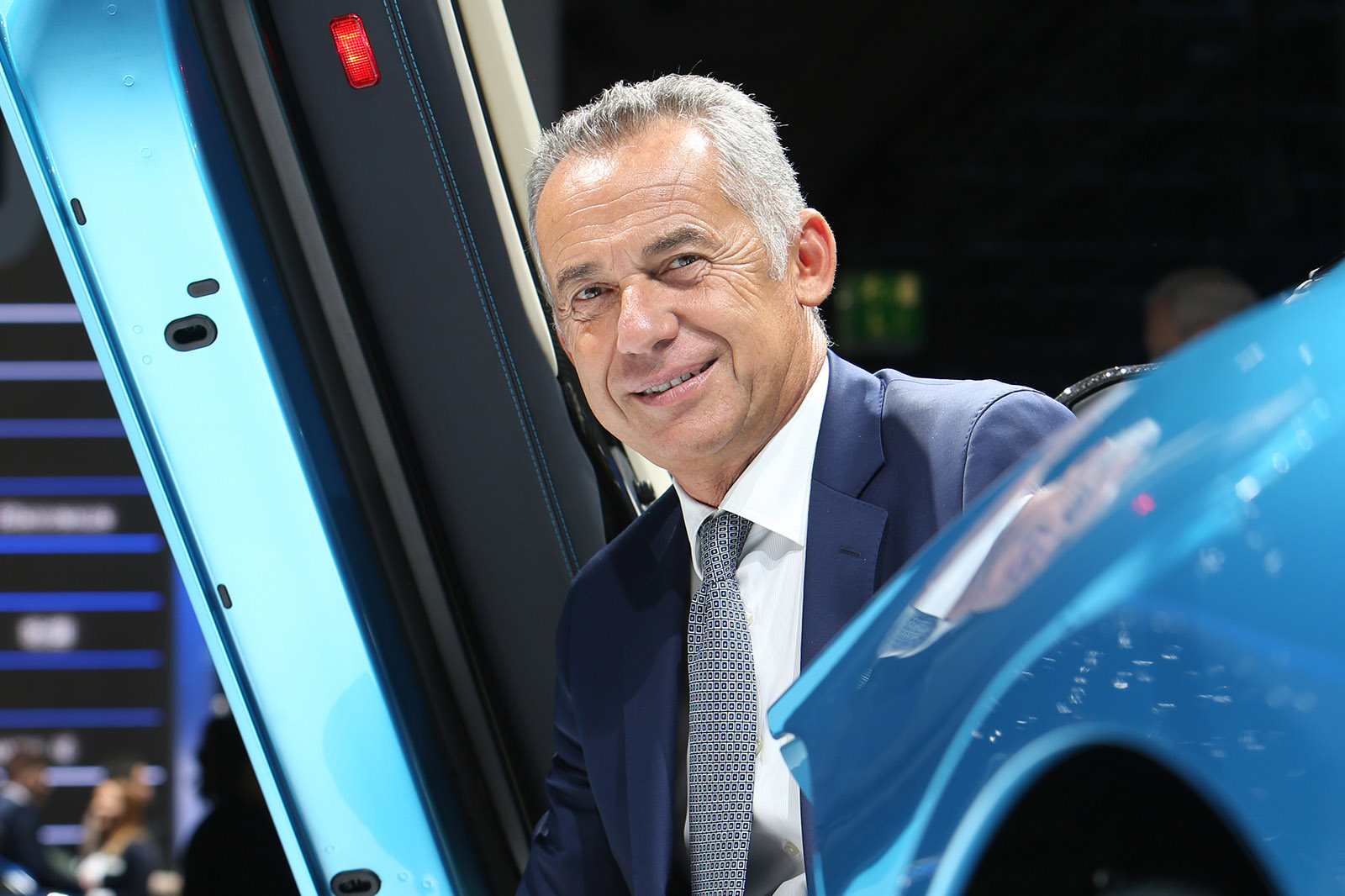 “A Lamborghini cannot be only one of those things. It can have a magnificent design as a super-cool Lamborghini but, if the car can’t do ‘emotional’ when you sit in it – [if you can’t] hear the noise or feel the tyres working on the asphalt – then the job is not done. We try to perfect this every time. Design and engineering must work together. You can’t discount something in the car. You always drive it to enjoy it, to have fun and maybe to show off a bit.”

Slap a current plug-in hybrid system into a Lamborghini and that DNA simply wouldn’t be there, according to Reggiani. It would be too heavy, blunting the performance and the handling, and the packaging would be compromised.

“Brand value is something, for Lamborghini, that’s full of emotion,” he says. “If we are not able to be emotional, there is no reason to buy a Lamborghini. The future must have passion. Our brand in the future must cause people to dream – the sound, speed, acceleration, design.”

But Reggiani is also a realist and knows Lamborghini can’t resist electrified or turbocharging technology forever. It plans to introduce both – crucial to the firm’s need to reduce its fleet CO2 emissions and prepare for a time when cars will have to be electrified – via a new SUV model called the Urus to sit alongside the Huracán and Aventador in the range. 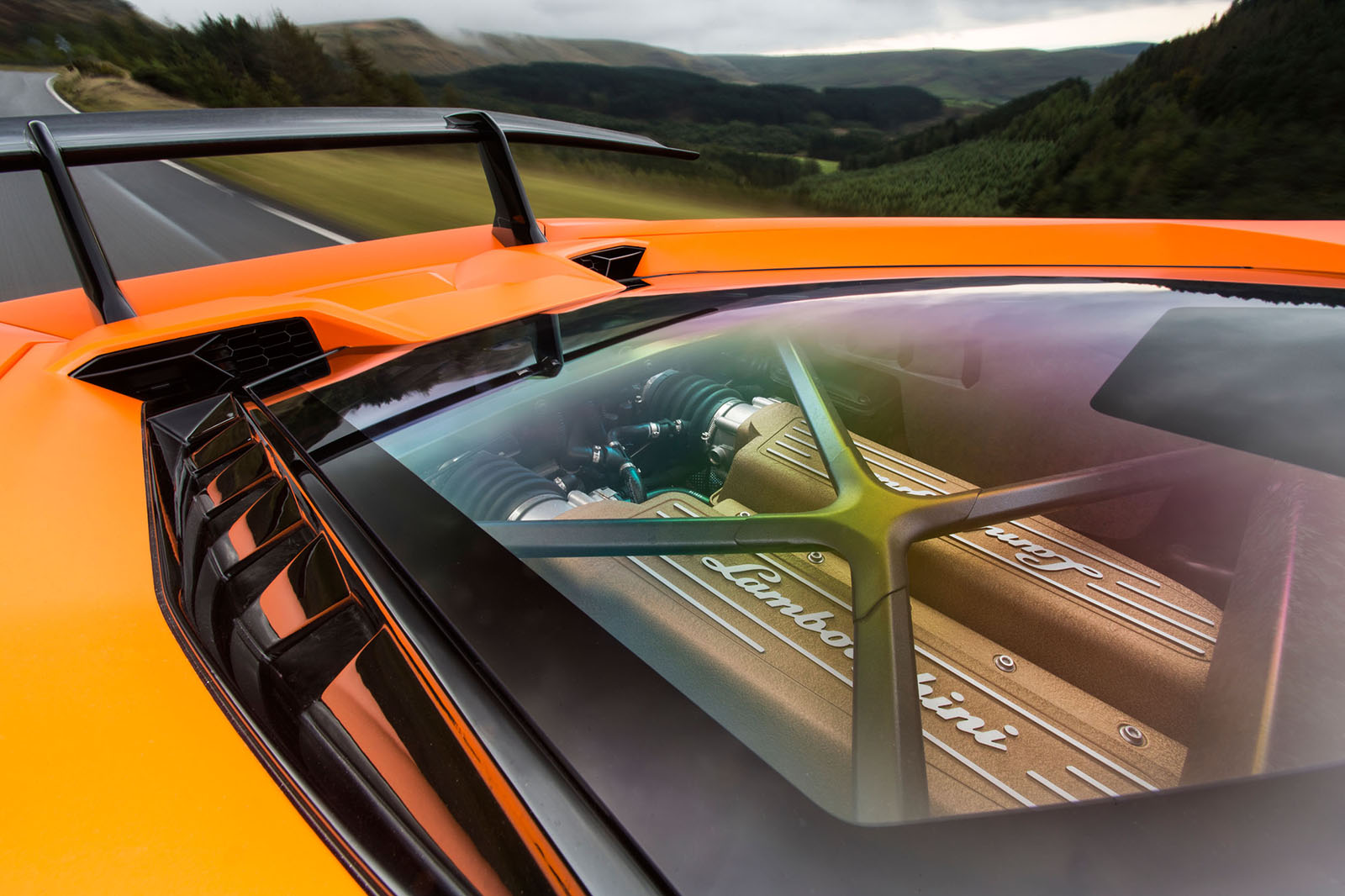 The Urus, complete with a twin-turbo V8, will be shown before the end of the year, go on sale in 2018 and be offered with a plug-in hybrid version by 2020. Hybrid power in Lamborghini’s supercars are further off. The normally aspirated V10 and V12 are here for a while yet.

“The packaging of the batteries and the weight is less strategic than on a super-sports car,” says Reggiani about the decision to use the Urus as a proving ground for electrified Lamborghinis. “We start with the Urus and then our dream of light weight [for hybrid technology in super-sports cars] can be ready.”

Reggiani has challenged developers of electric motors and battery packs to make them more suitable for the kind of cars Lamborghini creates. “Today, we are not able to provide this technology to a super-sports car in terms of performance, weight and packaging,” Reggiani says, adding that it won’t happen until the next generation of Lamborghinis in around the early to middle part of the next decade.

He says: “For the PHEV [plug-in hybrid] tech, the supplier of the battery must make another big step for the weight and the packaging. There cannot be compromise on weight or packaging in this car.

"I wish the next generation of the super-sports car to be served better by tier-one suppliers for the battery and electric engine.” 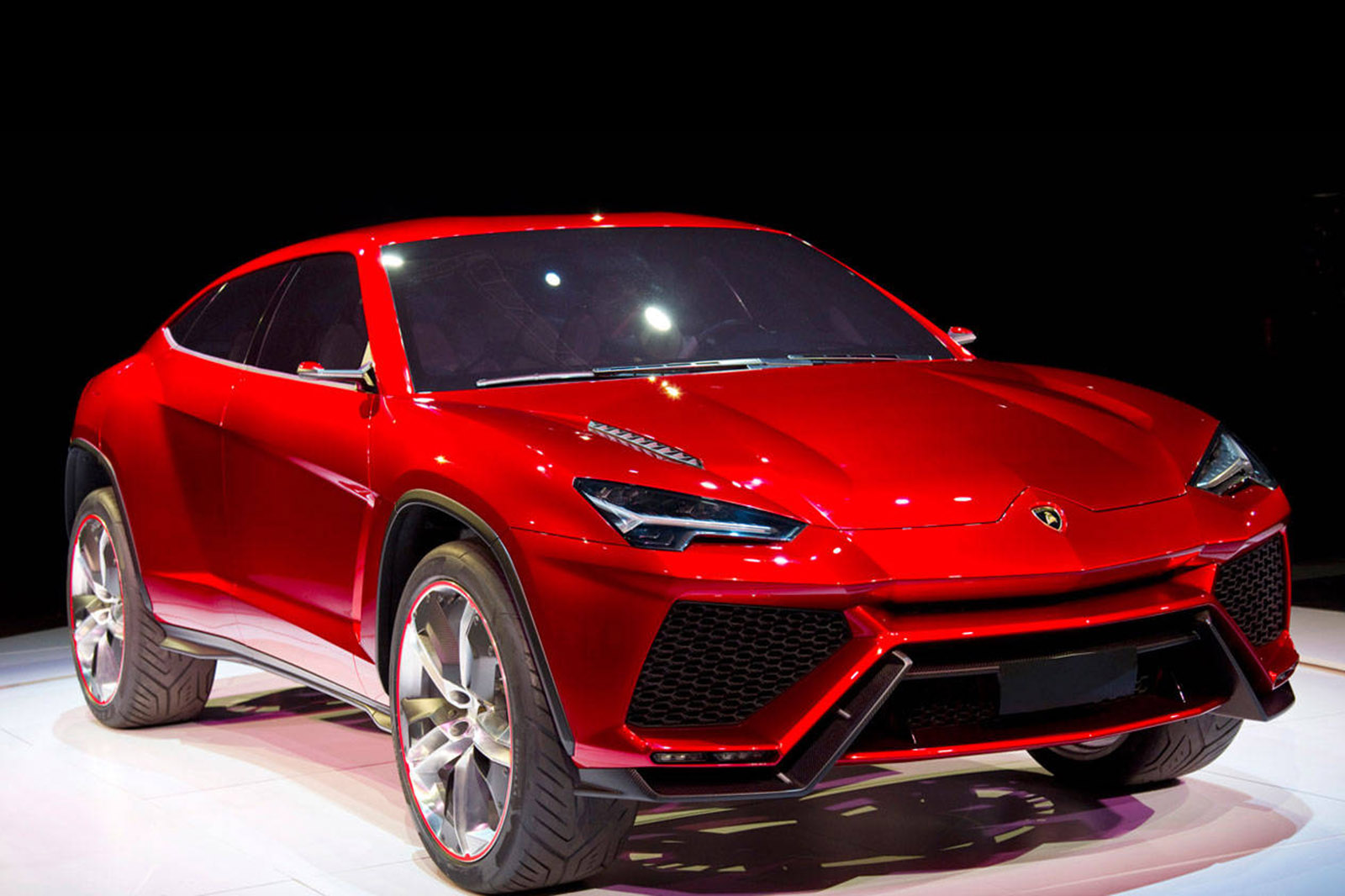 The Urus (pictured above) will get there first, in 2020, but before then, it will mark the return of an SUV to the Lamborghini line-up for the first time since the LM002 of the 1980s. The rise of super-luxury and high-performance SUVs is another trend Lamborghini hasn’t ignored. Reggiani promises it will be a true Lamborghini to drive, on top of the role it will play in allowing the Huracán and Aventador to be retained in their present, purist state for a while yet.

Lightweight technology will be crucial to Lamborghini’s future in compensating for the extra weight of the batteries and also new crash regulations, due in 2019, that will make cars wider still, according to Reggiani. To that end, the firm has teamed up with the Massachusetts Institute of Technology in Boston to research the “super-sports car of the third millennium”, looking at lightweight materials and alternative energy and battery storage.

“I’m so worried about the battery and the additional increase in weight,” says Reggiani, who calls weight “the enemy”. He says: “Engineers are working really hard to find new technology solutions without adding weight. It’s a difficult job. We need smart solutions and ideas.”

Lamborghini, as it has recently shown with the Huracán Performante and its clever aero vectoring technology, is already finding ways of making its cars go faster without simply adding horsepower. Reggiani points to the continued “consolidation” of its models, to stop them being initial successes that tail off in the face of improved competition. 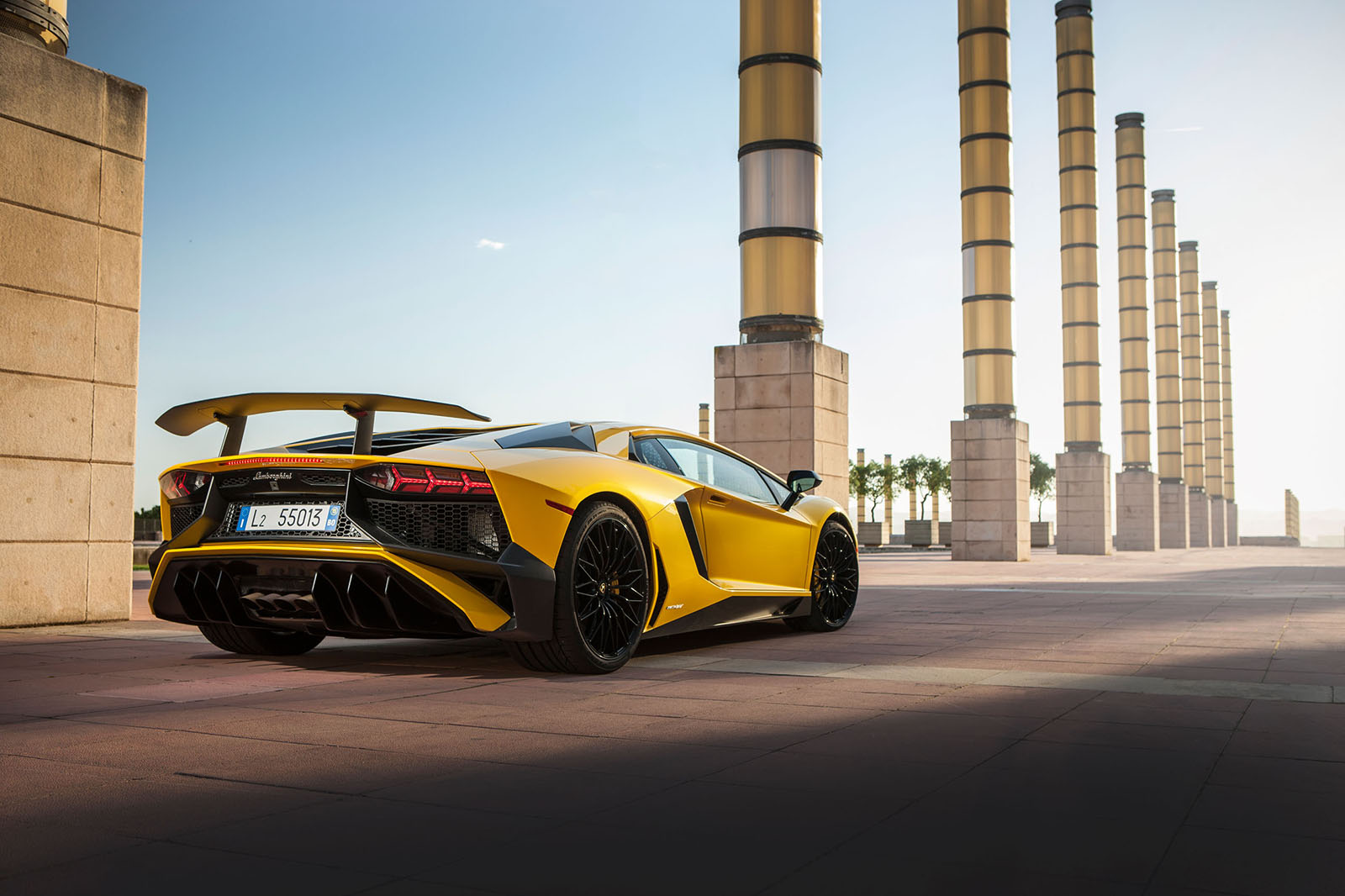 “You need to consolidate,” he says. “The Gallardo was a success, but Huracán is a bigger one due to consolidation. The first time, you are not always the best. Consolidating is fundamental for the future.”

Long live the V10 and V12, then, which will be ‘consolidated’ under Reggiani’s watch for some time to come. His wish, he says, is for them to be around “for as long as possible”. Reggiani concludes: “Naturally aspirated is part of the DNA of a super-sportscar. No other [type of] engine can provide the emotion, the response, the sound. It’s unique – and that makes the difference today for Lamborghini.” 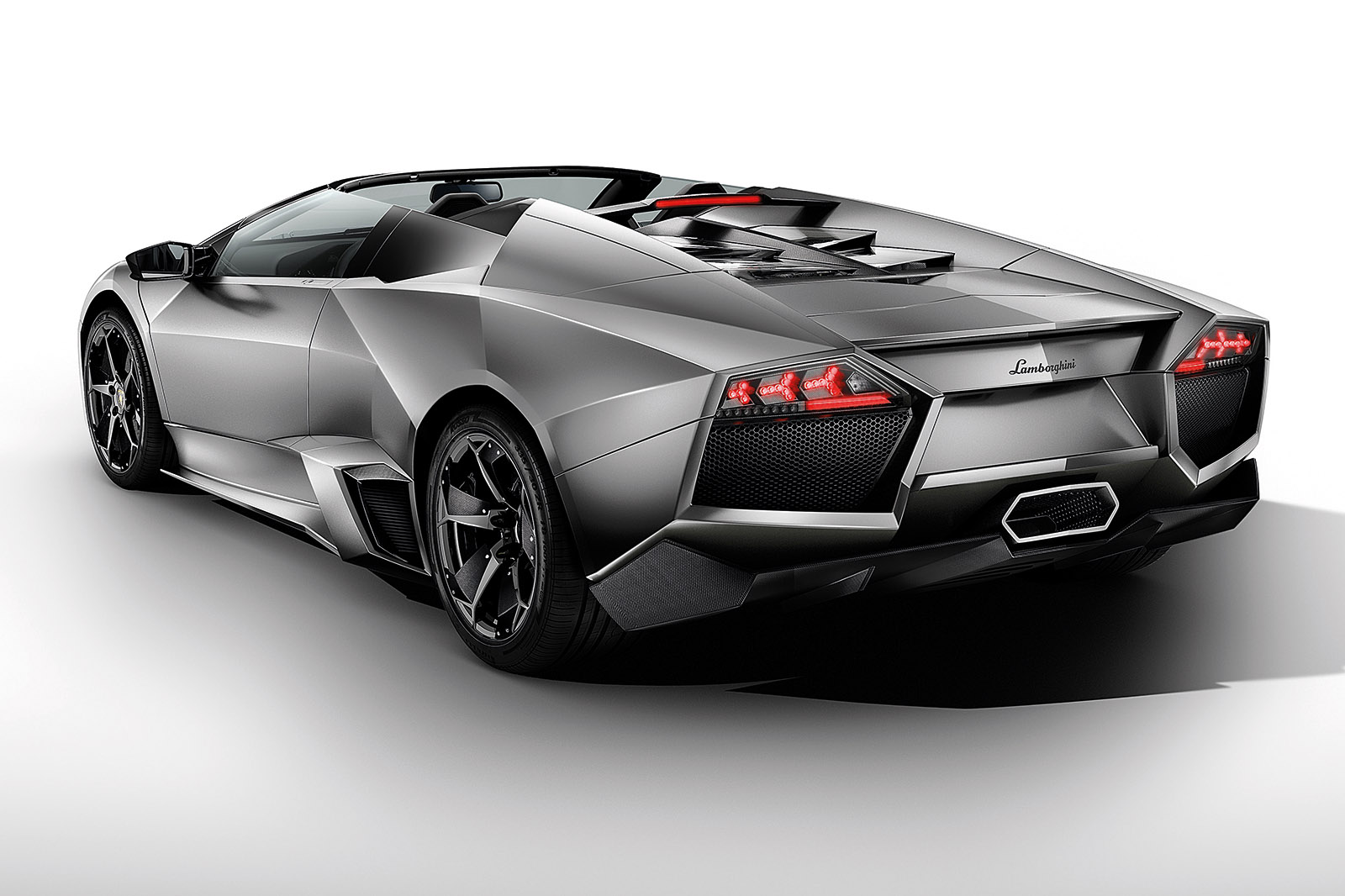 What does Reggiani make of the current crop of hypercars, such as the Mercedes-AMG Project One, and would he be tempted to do another? “We did it first with Reventón,” he says with a smile. “We invented this kind of car. We don’t want to follow the others.” What Lamborghini will continue to do is make super-limited-series models for its most exclusive customers who also act as test beds for its future cars.

I am all for saving the

I am all for saving the naturally aspirated engine. Shame they forgot about preserving the manual.

The best engines attached to the worst gearboxes.

If they offered a manual option, they really would own the niche.

I am all for saving the naturally aspirated engine. Shame they forgot about preserving the manual.

Yeah, same. I'm a huge EV fan, but don't want to see the best combustion engines die out. It's frustrating to see manufacturers neuter their sportier cars with turbochargers and downsizing, purely to chase lower fleet emissions, when they could just sell an EV and keep the naturally aspirated V10s and 12s in their higher end models.

The move away from manual gearboxes is more down to customer demand, but it's good to see we're starting to see a bit of a reversal from that in brands like Porsche and Jaguar. I dimly remember hearing a Lamborghini exec saying that they needed 10% of their sales to be manual to turn a profit from it. But IMO they could financially justify making a small loss on it, on the basis that the selection of manual supercars is so small that they're more likely to lock these customers into staying with them, and the halo effect given to the brand by catering to serious drivers.