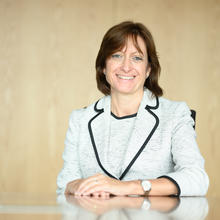 Alison Jones was appointed as group managing director of Peugeot, Citroën, DS Automobiles in the UK and Senior Vice President for the PSA Group in February last year.

She joined PSA from the Volkswagen Group, where she most recently held the position of managing director of Volkswagen Passenger Cars. Jones was promoted to the top job at the Volkswagen brand in the UK in 2016 from her previous position as aftersales and customer quality director for the wider VW Group.

Jones has spent 20 years of her 30-year career at the VW Group, starting in finance, before moving to retail operations and then customer services. She became finance director in 2004, before being made head of aftersales and customer services in 2007.

She then switched to a group role, overseeing the transformation of the customer services centre, before being made sales director for the Audi brand in 2011. She was back at group level in 2012, working as customer quality director, before adding aftersales to her remit in 2014.