10
Share review
Could this be the most sensible, usable and therefore best real-world Taycan yet?
Open gallery
Close

The Porsche Taycan range expansion continues with the introduction of the 4S Cross Turismo, the not-quite Turbo version of Porsche’s big EV estate with off-roady cladding. I’m not sure you’d actually off-road in the £88,270 4S, but it has a ski chalet vibe to it.

Mechanical specifics are similar to other Taycans’. This is a near-five-metre-long car and the door mirrors make it more than 2.1m wide. The estate bodywork doesn’t create the biggest load carrier – the hatch is raked and the 446-1171-litre boot has a relatively narrow opening – but it is a hatch and has additional head room for rear passengers over the four-door so is nicely versatile.

Front occupants remain well served, too. The driving position is spot on, feel and perceived quality are high. All Taycans have too much given over to touchscreens but they link with your phone and they’re one of the industry’s less complicated touchscreens to navigate. The whole display is less bewildering and showy than a Mercedes-AMG’s in particular. It feels a more serious driving environment.

Like other four-wheel-drive Taycans, the 4S has two permanent magnet synchronous electric motors, one at each axle, with a one-speed drive on the front and a two-speed at the rear. An 800V electrical system gives it a 270kW maximum charge speed (with 50kW off a 400V charger, plus several slower choices, down to industrial or domestic sockets).

There’s an 83.7kWh usable battery (93.4kWh in total), which gives it an official combined range of 277 miles, or more than 300 miles in the right conditions. The 4S gets this ‘Performance Battery’ as standard: there’s no smaller one to upgrade to this size, nor a bigger alternative.That gives it a longer range than the Turbo S, which has the same battery size but more power. The Turbo S gets 751bhp, while owners of the 4S have to make do with 563bhp on overboost (launch control) or 483bhp in normal use. Dry your eyes. 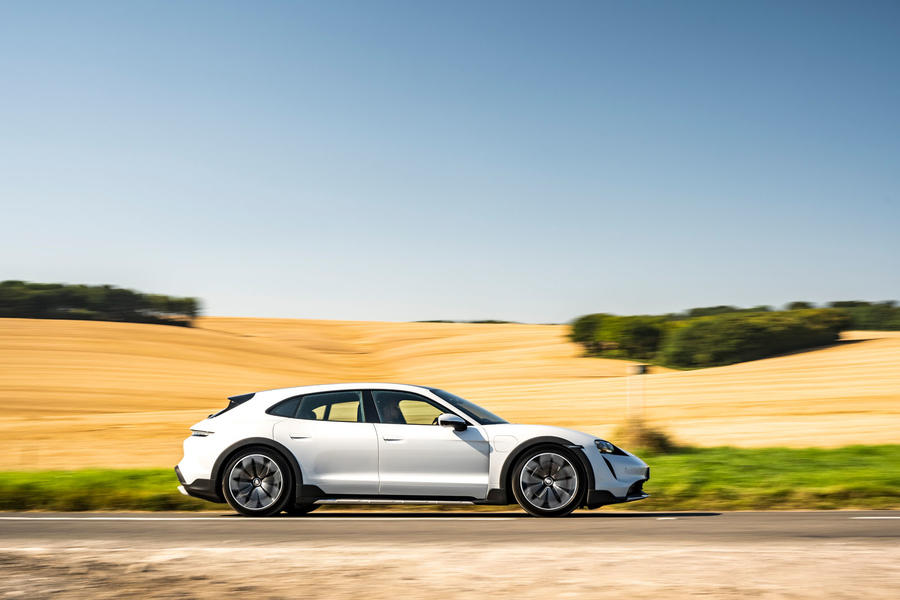 It’s still capable of truly uncomfortable acceleration. Using launch control, it takes 4.1sec to get to 62mph from rest. Exiting T-junctions, pulling onto motorway slip roads and the like tend not to let you use that on the road, but even from a rolling start, hoofing up to the legal limit can feel quease-inducingly rapid.

There are different driving modes, of course. Normal is best for most UK roads, with Sport stiffening things up too much for all but the smoothest. The ride is tightly controlled either way, and the steering weighty. I think Porsche allows its cars to naturally feel more aggressively dynamic than most rivals would, because it considers itself a sports car company. But noise levels are generally low and refinement is high, too.

It’s a relatively engaging car to drive, with caveats that while you can make a fun car out of a smaller family car, no huge wagon is truly a sports car. A Mercedes-AMG E63 is my benchmark.

But I think the Taycan gives as much fun back as a Panamera. It steers sweetly, corners flatly. I found the brake pedal too responsive at the start of its travel, and although there’s a small button to alter off-throttle deceleration, I’d like paddles that increase or decrease it. It’s something to do.

More, though, I’d like to see what Porsche could do with an EV that wasn’t 1.97m wide across the body and that weighed somewhat less than 2245kg. We’ll get the chance soon enough. 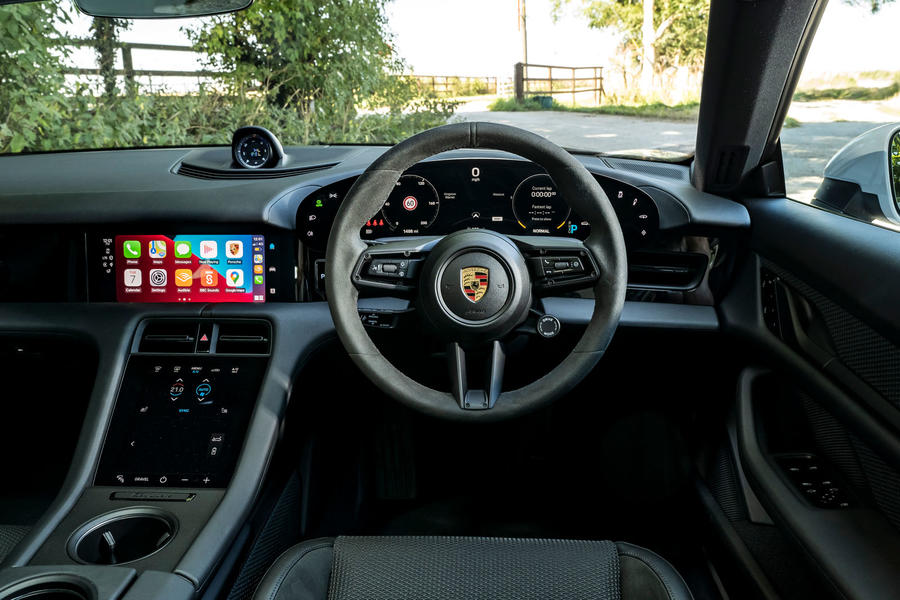 For now, though, this is a great version of our favourite EV. When we tried the Turbo S version of this car, we reckoned “lesser versions would feel no less cohesive and every bit as versatile and desirable”. Yup. 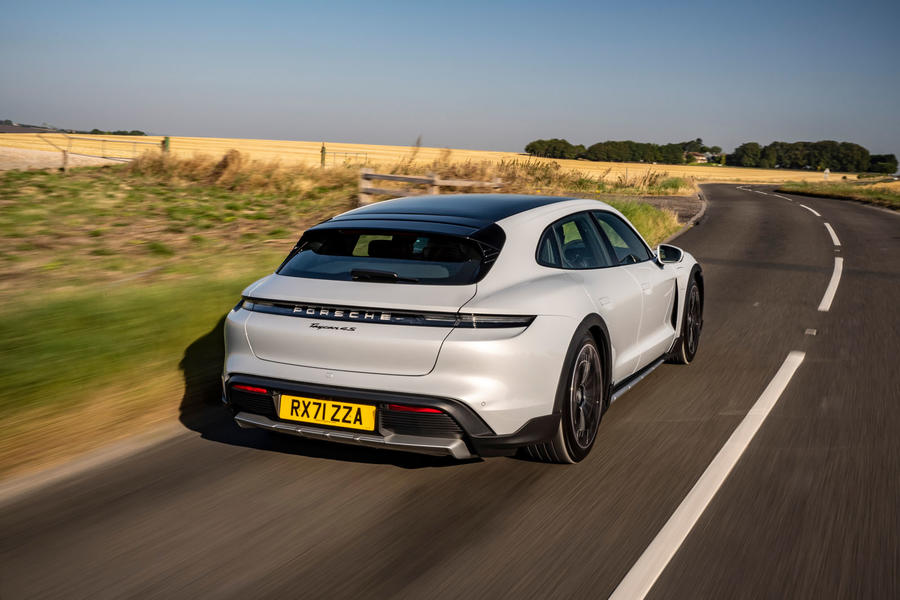 A great vehicle. I'm glad Autocar and Prior like the Taycan. It even seems like great value for a Porsche. The Tesla crowd hate it. Why? Because it's great, beautifully made and doesn't smell of glue. The other Porsche estate looks gruesome but this seems to work well. I even love the 928 style retro interior. Boris the GT3 is too stiff for UK road use which I think is why it drops stars.

It's six years since I bought a new car - I blame Covid - but jeez, have cars got expensive or what? With options this motor is going to be £100k. Every group test of electric cars casually says "rivals around the £50k mark." What's going on? Have we all become rich and I just didn't notice it? Thank God I've got my totally worthless 24 year old Audi A6 Avant to keep me going. For ever I guess.

Finally I made $92/hr. It’s time to take some action and you can join it too.It is a simple, dedicated and easy way to get rich. Three weeks from now you will wish you had started today. Simply give it a shot on the accompanying site.