BACK TO ALL NEWS
Currently reading: Nearly new buying guide: Kia Ceed
UP NEXT
Entry-level SUVs on the way from Volvo and Polestar

Ready to buy a Ford Focus? We will plant a Ceed of doubt in your mind
Open gallery
Close
Share story

Etymologists and sub-editors would, I’m sure, agree that the Apostrophe Protection Society is a noble enough enterprise. However, in the case of Kia’s midsized family hatchback, it seems that it’s definitely better to do without an apostrophe. You see, pleasant though the first two generations of the Cee’d were, the third-generation Ceed, sans punctuation mark, is the one that we would take home to meet mother.

And she would be pleased that we’re being so sensible when she learns that the Ceed comes with a seven-year warranty. Buy any used example that’s less than two years old through Kia’s Approved Used programme and you get a similar seven-year warranty. As such, it could be argued that a nearly new Ceed is actually a better buy than a factory-fresh one.

Click here to buy your next used Ceed from Autocar

There were initially three turbocharged petrol and two diesel engines. The former range began with a 118bhp 1.0-litre triple, while 138bhp 1.4-litre and 201bhp 1.6-litre four cylinder units were available in higher spec models. The two 1.6-litre diesels made 114bhp and 134bhp.

Stepping up to 2 Nav gets you the larger (8.0in) touchscreen with sat-nav, while 3 trim brings dual-zone climate control, automatic wipers and 17in alloys.

The Ceed is very competent on the road. It finds plenty of cornering grip and is a quiet cruiser at higher speeds. True, its gearbox could do with being a touch slicker and the steering, while perfectly precise, isn’tas progressively weighted as the best around. Road noise is a little louder than in some rivals, too, but it never becomes intrusive. On the whole, though, this is a very nice car to drive and in which to spend a lot of time. 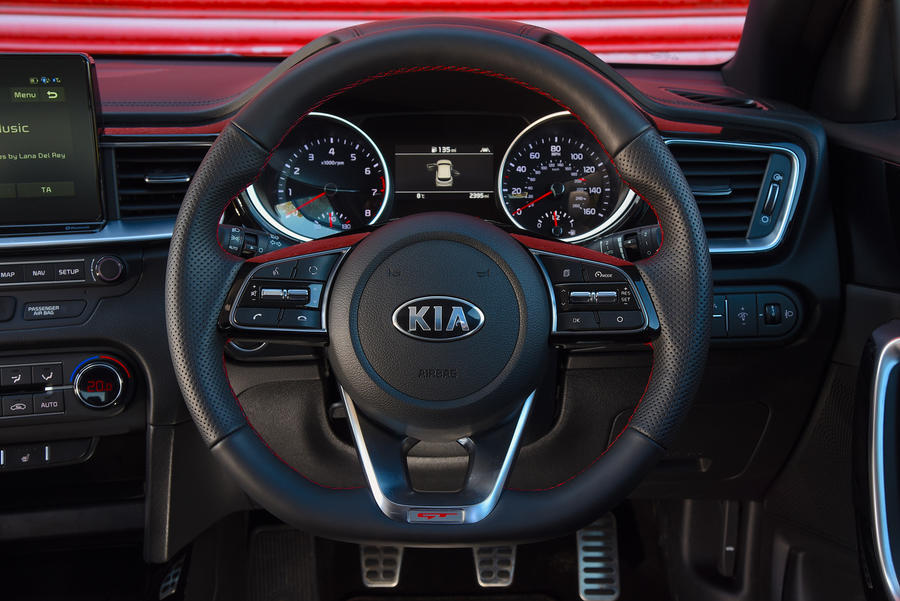 It’s also generously sized inside. There’s plenty of room up front and in the back for young families. The boot may not be as capacious as that of the Skoda Octavia (very few are), but you can still fit quite a few suitcases into it, and there’s a relatively low lip to ease loading. An adjustable boot floor is standard, meaning you can create a mostly flat cargo floor by folding down the rear seats.

The Ceed received some updates in 2020, mostly to its infotainment. An 8.0in screen became standard, while 2 Nav trim and above got a 10.25in one. Also, a 158bhp 1.5-litre turbo petrol engine replaced the 1.4 and the lower-powered diesel was dropped.

Engine: The Ceed is a well-made and very reliable car on the whole. There have been a number of issues relating to engine failure caused by piston slap in older Cee’d models, but the latest iteration seems relatively bulletproof so far. Any problems should be covered under the long and transferable manufacturer’s warranty, but be warned that not all areas are covered by this warranty as the car grows older.

Transmission: Some owners have reported the first and second gears being very difficult to engage in older cars. The towing capacity is a modest 1200kg, so where a towbar is fitted, check the operation of the car’s clutch and cooling system.

Electrics: The immobiliser is prone to failing on the Ceed, leading to starting problems, right up to the car not starting at all.

Reliability: Kia has a fine reliability record, finishing ninth out of the 30 manufacturers featured in the most recent What Car? Reliability Survey, above all the makers of its main rivals apart from Toyota and Mazda. The Ceed itself did well in the family car class, too, finishing seventh out of 24 models and far ahead of volume rivals such as the Ford Focus and Vauxhall Astra.

Interior: If the air conditioning isn’t blowing out ice-cold air on the coldest setting, it’s likely that there’s a fault with the condenser. This is located in front of the radiator so can get damaged by stones and other debris.

The standard Ceed carries a four-star Euro NCAP safety rating, although only because lots of the active safety tech is optional (the Advanced Driving Assistance Pack).

If you want even more visual sizzle, the Ceed is also available as the eye-catching SW estate, the even more striking Proceed shooting brake and the chunkier, higher-riding Xceed crossover.

2: We reckon there’s no need to leave base, because it has all the kit that most will really need, including a rear-view camera and smartphone mirroring. Pricier trims push the Ceed’s price beyond that of its morepremium rivals.

Log in or register to post comments
jason_recliner 28 October 2021
GT is brilliant and a true class leader.