BACK TO ALL NEWS
Currently reading: ULEZ: everything you need to know about London's expanded zone
UP NEXT
Why now is the time to buy a proper high-mileage hero

ULEZ: everything you need to know about London's expanded zone

London's Ultra Low Emission Zone (ULEZ) will expand next week, affecting hundreds of thousands of vehicles driving through the capital.

The zone will now cover the entire area inside the North and South Circular roads, with a daily toll of £12.50 for non-compliant vehicles. Previously,it covered an area focused on the centre of London.

The zone was initially introduced by London mayor Sadiq Khan to improve air quality for millions of Londoners. Although air quality has improved in recent years, toxic air pollution is the biggest environmental risk to the health of Londoners, says Transport for London (TfL). The implementation of the central London clean air zone led to a 44% drop in roadside nitrogen dioxide, but while there have been improvements in central areas, other parts of the city still exceed the legal pollution limit.

How does the ULEZ expansion work?

The ULEZ boundary will be expanded on 25 October 2021 to include the entire area inside the North Circular and South Circular roads.

Road signs at every entry point along the boundary will indicate the start of the ULEZ, and they will sit alongside or below existing Congestion Charge signs. You can see a map of the zone below or use the TfL postcode checker to see if your destination falls inside the ULEZ.

Which areas will be affected by the expansion?

The expansion covers new areas including:

Which vehicles will be affected?

Petrol cars newer than 2006 and diesel cars newer than 2015 meet the ULEZ requirements and therefore must pay only the Congestion Charge. However, owners of older cars should still use the TFL ULEZ vehicle checker to see if their car is affected or not: some older models were made compliant before it became mandatory and are not required to pay the charge. Electric cars and Euro 6-compliant hybrids officially capable of at least 20 miles of zero-emissions driving qualify for the Ultra Low Emission Discount (ULED), which also includes a 100% reduction on the Congestion Charge.

Owners of historic vehicles, as defined by the government as being at least 40 years old, are exempt from the ULEZ charge, although they will still need to pay the Congestion Charge. Other cars, including those in the disabled passenger vehicle class, also receive discounts or exemptions.

How much does the ULEZ cost?

Cars, motorcycles and vans weighing up to 3.5 tonnes will be charged £12.50 per day, while heavier vehicles, including lorries over 3.5 tonnes and buses or coaches over five tonnes, will be charged £100. This is in addition to the existing Congestion Charge, which rose from £11.50 to £15 on 22 June. That means a London commuter with an affected car could be facing an average annual bill of around £5760 for weekday driving just in congestion and ULEZ fees. Those who do not pay the ULEZ charge by the following evening will receive a penalty notice.

TfL says fines gained from the ULEZ will be reinvested into improving the transport network, such as cycleways, buses and the tube.

Exemptions for every budget 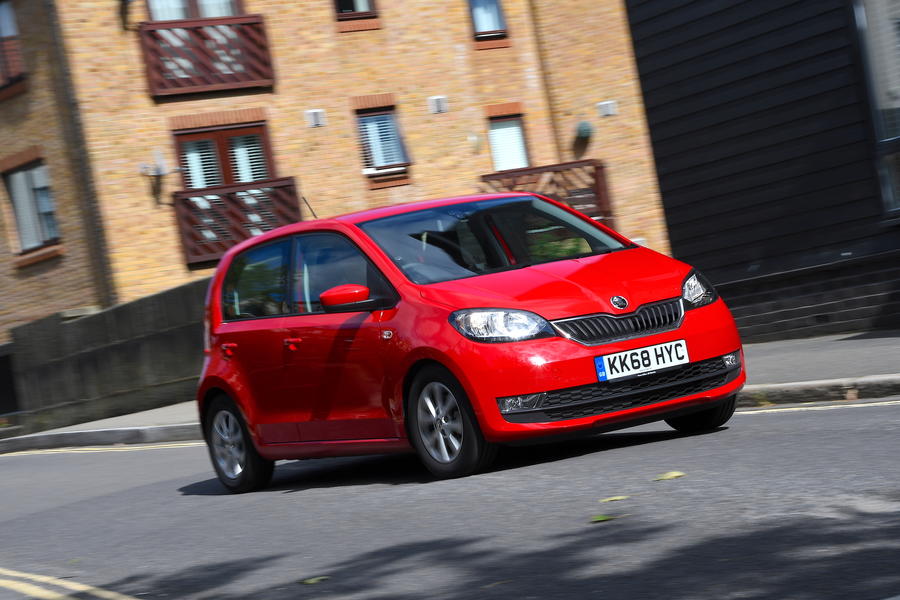 City cars were made with places like London in mind and the Citigo's 1.0-litre engine is one of the most ULEZ-friendly around. The Citigo was affordable when it launched, and prices have dropped significantly since. We found a 2013 Sport model for £4295. 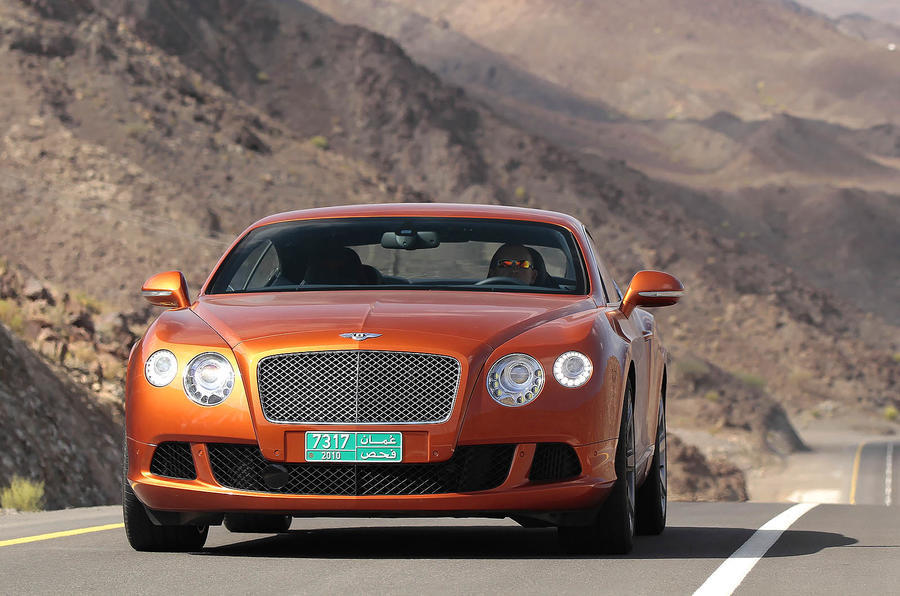 You might not believe it, but the 6.0-litre W12 found in the Bentley Continental is ULEZ compliant and available from around £15,000 on the used market. 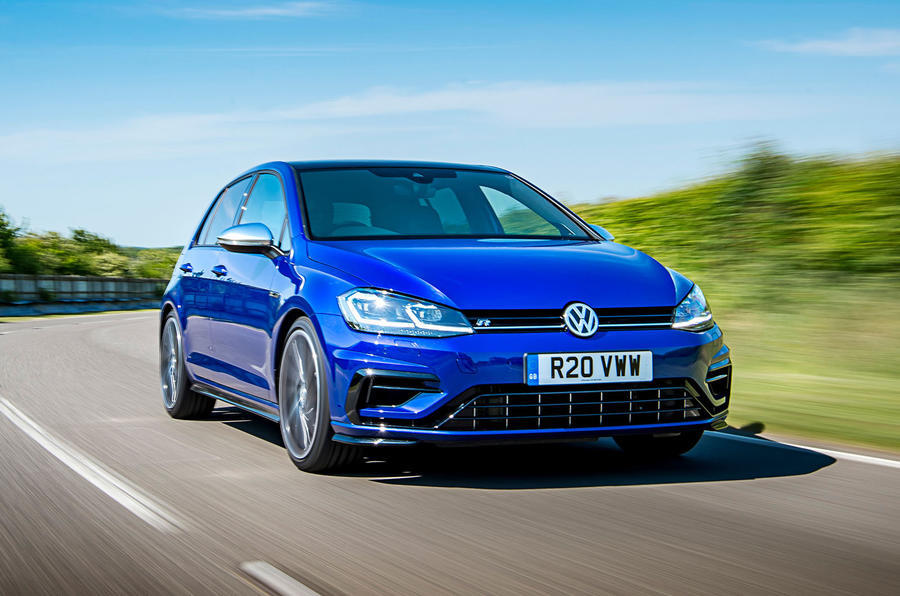 The Golf R packs four-wheel drive, but is ULEZ compliant despite its 165g/km emissions output. Golf R residuals are in good stead: we found one from 2014 available from £18,000 with a host of optional extras on board. 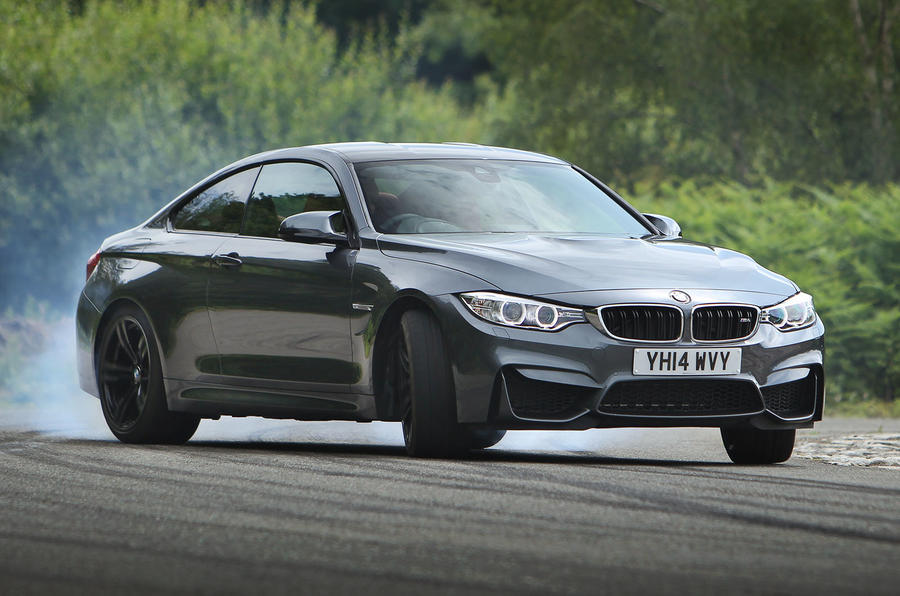 You can pick up a ULEZ-compliant car with 425bhp and a 0-62mph time of 4.1sec for around £25,000 should you pick a BMW M4. You’ll be spoilt for choice for techy options, too, so you’ll get your money's worth when not spending on that daily driving fine. 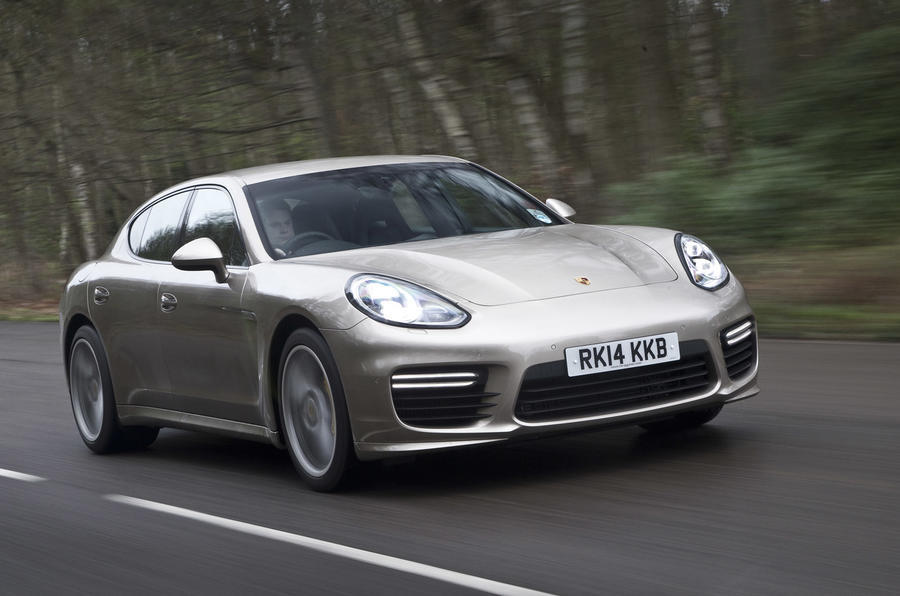 Porsche’s luxury saloon also adheres to the rules of ULEZ, packing a 4.8-litre V8 and 513bhp. We found one on the used market for less than £40,000 - not a bad price for the performance on offer. Just watch out for those road tax payments.

The cars set to vanish from London's roads

The arrival of the ULEZ expansion looks set to effectively banish many iconic models from the 1980s, 1990s and 2000s from London's roads, unless their owners are prepared to pay for the privilege of driving them. For a lot of people, the costs are likely to prove too prohibitive, which could force them to sell their cars. These are some of the ones we'll miss the most. 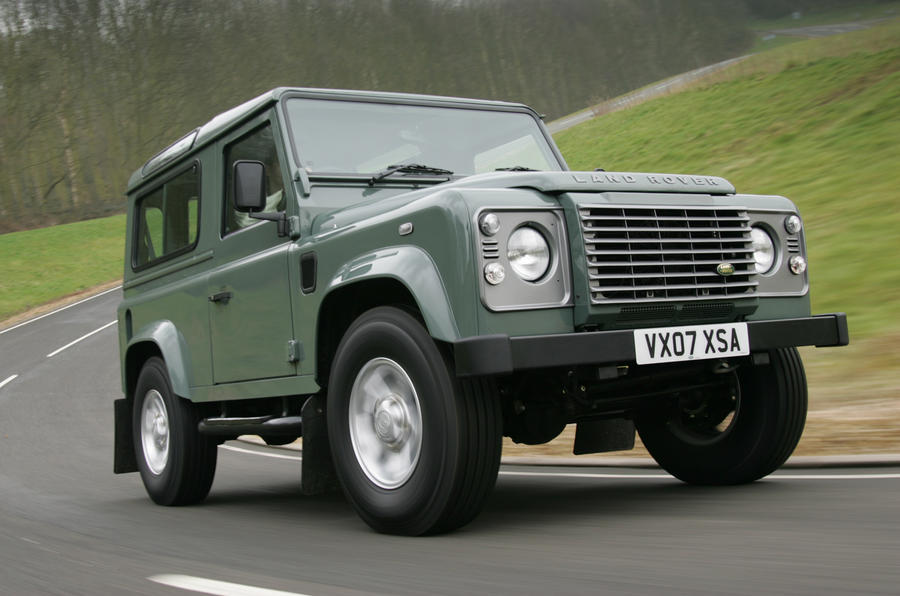 Every Defender, up to and including the heritage editions that came at the end of the off-road icon's 67-year production run, is subject to the ULEZ charge. Unbeaten off road, available in a multitude of different configurations and a poster child of the British automotive industry, the Defender will be truly missed from London’s roads. 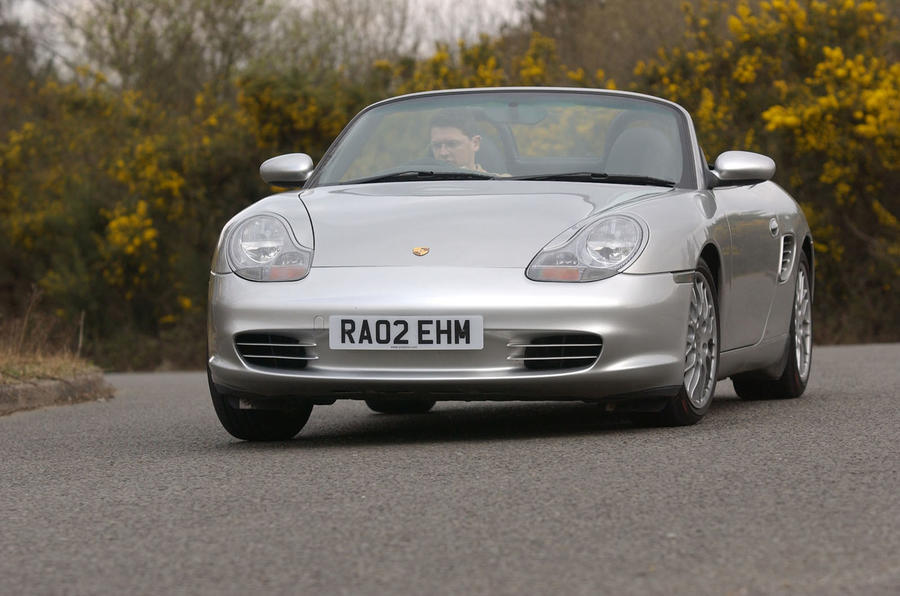 As demand for Porsche sports cars of every kind continues to head into the stratosphere, the original Boxster remains one of the few affordable ways to get one in your garage. Maintenance can be expensive, however, so the additional costs associated with the ULEZ could force owners to park up their pride and joy instead of using it to commute. 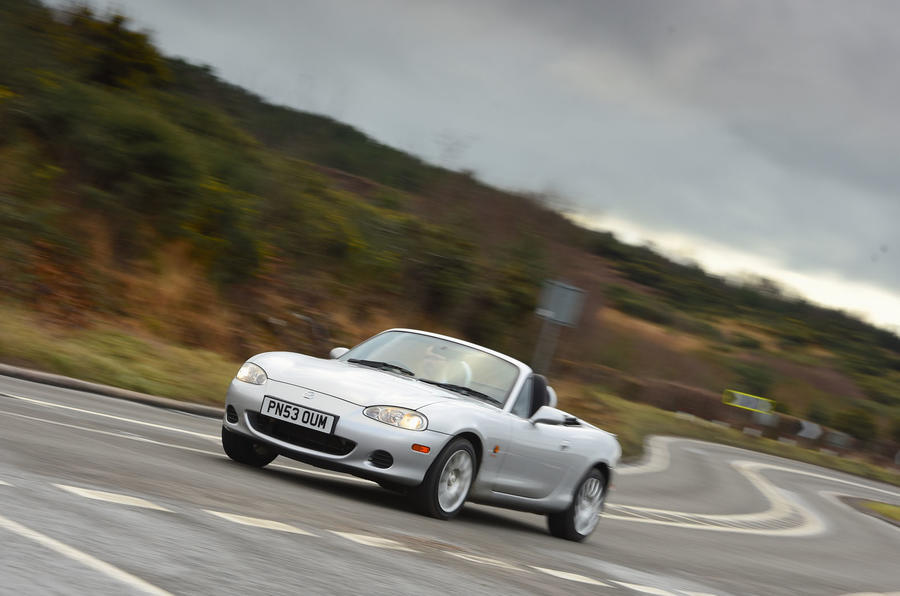 Not only are the original NA and second-generation NB MX-5s some of the most rewarding two-seat sports cars of their time, but they’re also some of the most affordable. Cared-for used examples can be found for just £2000, but commuters would be looking at spending more than the price of the car just to drive it through London for a year. You’ll have to wait another decade before the first examples of the first-generation MX-5 become eligible for official classic status and therefore exempt from the charge - if that rule still applies by then. 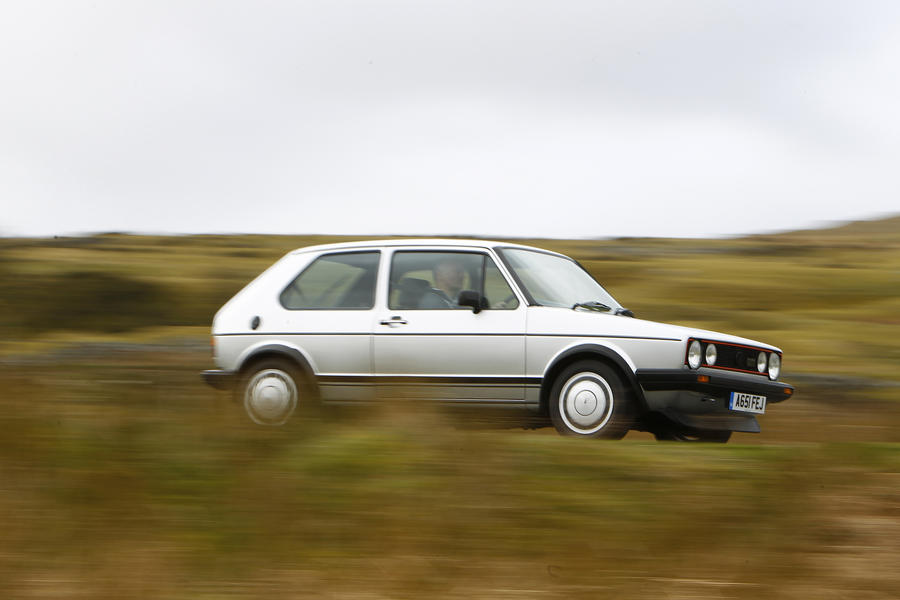 The hot hatch that inspired countless others (even if it wasn’t really the first), the Golf GTI is now on its seventh generation. There are plenty of early models in the hands of enthusiasts, but unfortunately Mk1, Mk2 and Mk3 cars are now subject to the ULEZ charge. Expect to see far fewer of them around, although according to the TfL ULEZ checker, early R32 models don’t yet incur a charge for driving into the zone. 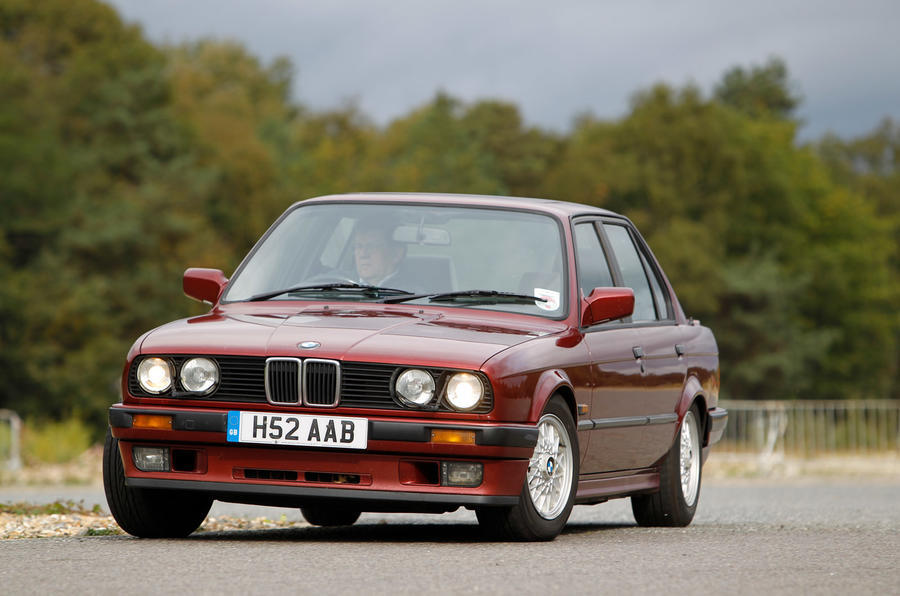 Even the earliest (some would say best) versions of BMW’s compact super-saloon now fall foul of the ULEZ regulations, although considering how much the E30 has jumped in value in recent years, with the E36 following quickly behind, the numbers seen on the roads were already quite minimal. On the plus side, M3s from the E46 onward (including the mighty CSL) are compliant, so fast old BMWs won’t disappear from London’s roads altogether just yet. 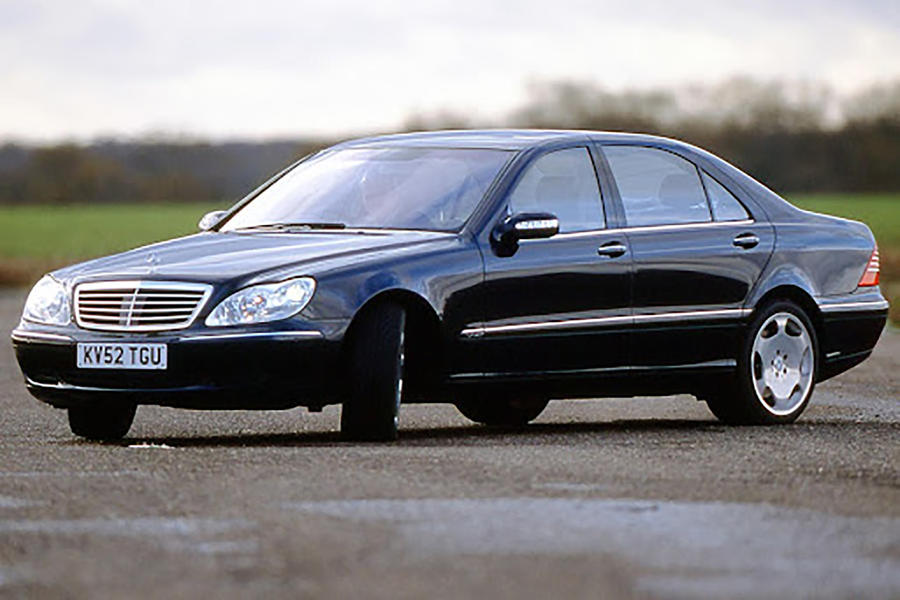 The W220-generation S-Class limousine skirts the boundary of ULEZ charging, with some petrol models still able to travel into London without paying a charge, including the AMG-fettled S55. However, a high percentage of these luxobarges were diesel-powered chauffeur cars. Anyone looking for a luxurious saloon to commute in will now need to think twice before buying one second-hand.

If only the ULEZ applied country-wide and then we could get rid of more diesel pollution.  Also it's not true that you will no longer see Defenders in London, because there are lots that have been converted to electric, and more being converted by the day.  The ULEZ is already displacing polluting cars - my neighbours have just bought an old vehicle which is no longer able to be used in London and has been replaced with an EV by its previous owner. So now the pollution has moved to my area.  Another reason why the ULEZ should be extended.

WallMeerkat 25 October 2021
For those of us outside the M25 it is a potential chance to snag a bargain.

Indeed on Twitter someone picked up an as-new top spec 31,000 mile mk2 Clio automatic that was destined for scrap for £350.

Surely an exemption for vehicles over 40 years old is crazy? Although I doubt they are daily drivers they will be highly polluting and unsafe. It's the equivalent of allowing'casual' smokers to smoke in pubs because'they don't do it all the time'