BACK TO ALL NEWS
Currently reading: Volkswagen celebrates diversity with Pride-themed ID 3
UP NEXT
Citroen Ami reservations open ahead of spring 2022 UK launch

Volkswagen UK has revealed a one-off rainbow-liveried ID 3 to "represent wholehearted inclusion" and be "a celebration of diversity".

Set to make its public debut on 11 September at Milton Keynes Pride (chosen for sponsorship because it's the closest such event to Volkswagen UK headquarters), the one-off electric hatchback has been dubbed the PRID 3.

It wears a camouflage wrap similar to that used by pre-production ID 3 prototypes but rendered in the 11 colours of the progress pride flag.

The manufacturer said: "The traditional red, orange, yellow, green, blue and purple [of the pride flag] are joined by black and brown to represent LGBTQ+ people of colour and pink, light blue and white to include transgender people.

"All of these colours merge into one another in an ombré effect to reflect the community and togetherness of all communities and identities, as well as celebrating their differences."

The livery was designed by Volkswagen and Kent firm Creative FX and took three days to apply over the Glacier White paint of the donor ID 3. 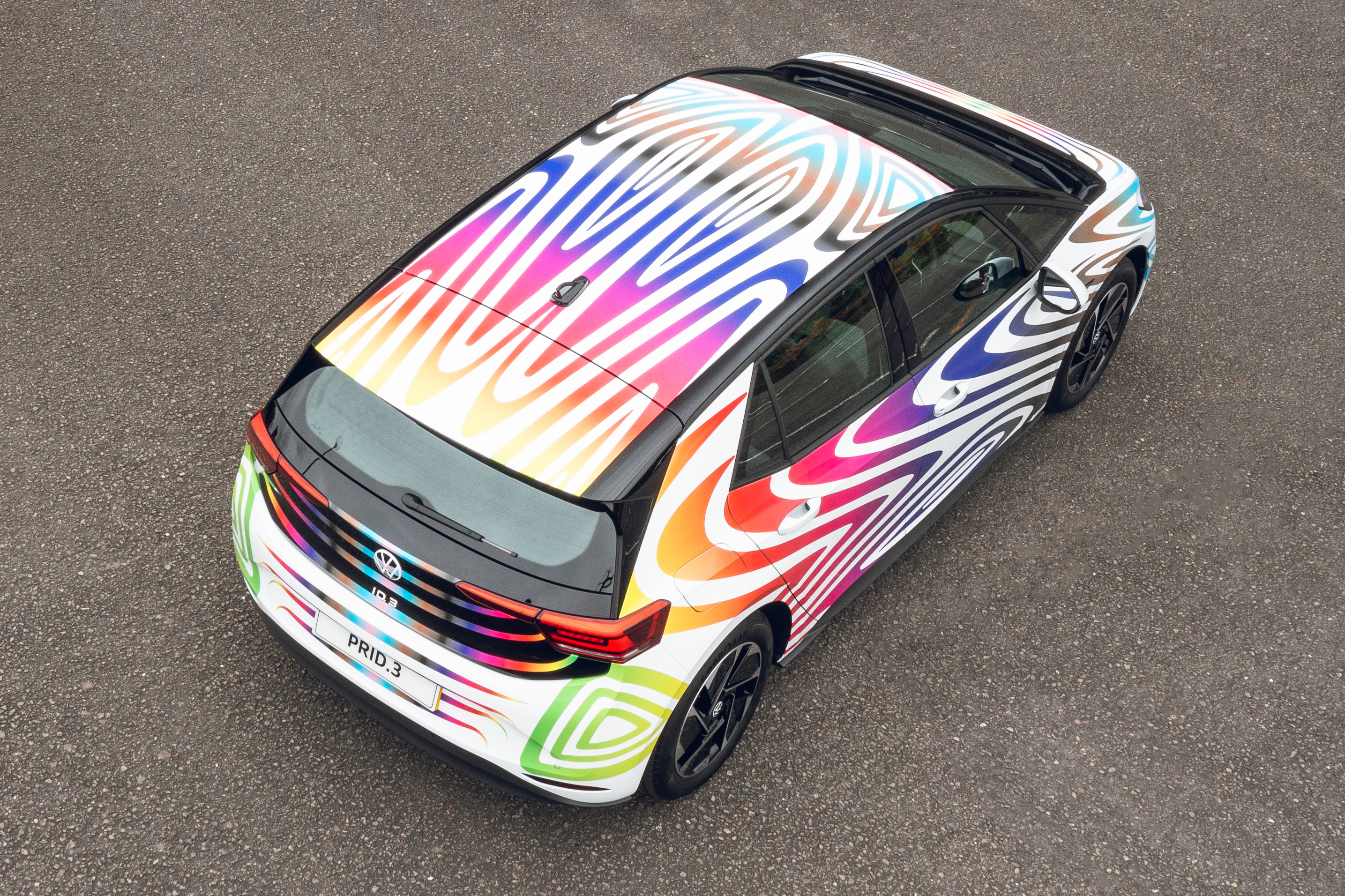 Coming in 201bhp Pro Performance specification, the EV remains entirely road-legal and will be driven from Volkswagen UK headquarters to the festival site.

Volkswagen UK's Diversity and Inclusion programme includes the Driven Women, Cultural Diversity and Parents and Carers employee groups and, since late 2019, the We Drive Proud group for LGBTQ+ employees.

"It shows Volkswagen looking out for its employees with inclusive and fair employment and hiring practices, and behind the ID 3 itself are the brand’s commitments to environmental responsibility, in delivering the model carbon-neutral to customers, and providing a genuinely affordable electric car.

"Volkswagen means 'people's car' [in German], which stands for all people, so there's really no better event to get behind than Pride, for the good of our colleagues, customers and community. Diversity and inclusion are at the heart of all that we do.”

Why does a major car manufacturer need to become woke ?

Andrew1 3 September 2021
Didn't they have enough eyesore bright colours on the inside?
View all comments (8)